"The nature of the performances described above, particularly when conducted in the presence of young children, corrupts the public morals and outrages the sense of public decency," the complaint says. 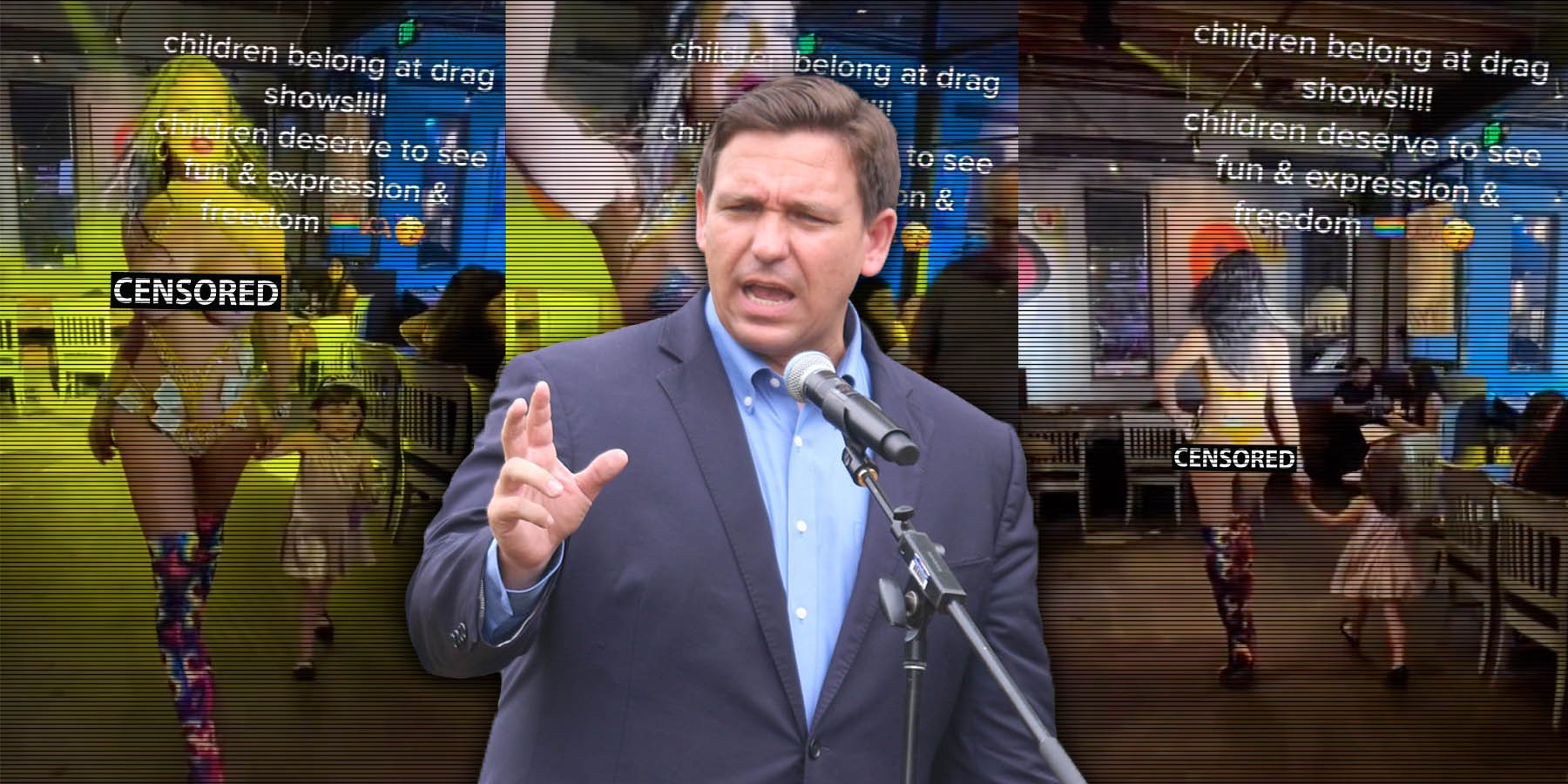 Earlier this month, a TikTok video went viral showing a toddler being led around by an almost nude transgender Drag Queen at an event at R House. R House has been accused of disorderly conduct, which if found in violation of local laws and codes, may lead to the revocation of its liquor license. As a bar, the loss of a liquor license could spell the end of their business, according to Breitbart.

Lauren Chen, a popular conservative commentator, posted a TikTok she found to her Twitter of the drag queen, wearing only pasties and a thong, leading the young child around the club by the hand. "These people belong in jail. This is a hill I’m willing to die on," she tweeted.

"The nature of the performances described above, particularly when conducted in the presence of young children, corrupts the public morals and outrages the sense of public decency," the complaint says, according to Reduxx.

At a press conference in Tampa on Wednesday, DeSantis said what happened at R House was "not consistent with our law and policy in the state of Florida," and that it was part of "a disturbing trend in our society to try to sexualize these young people."

The investigation revealed that not only are children going to the advertised "Drag Brunch," but there’s a children’s menu, DeSantis said.

"I think parents, particularly at this time in society’s history, should be able to have their kids go to kindergarten, watch cartoons, just be kids without having some agenda shoved down their throats all the time,” he said. “And that’s what we’re fighting for."

"People have different views on what they want to do as adults, but it used to be … the kids are off limits," DeSantis added.

R House has 21 days to respond to the complaint, or face discipline for the events.

According to Reduxx, in preparation for filing the complaint the Florida Department of Business and Professional Regulation’s Division of Alcohol and Tobacco sent investigators to the nightclub to inspect a number of Drag Queen events, which were held on July 9, July 17 and July 23.

Investigators reported that on at least two dates, children were present and were exposed to inappropriate conduct.

Investigators also poured over the bar's social media pages, and discovered pictures and videos of multiple children present at past events where the venue’s drag queens performed in sexually suggestive ways.