"If you're not for equality and dignity, then, you know, this is not something that I can work with and we're going to have to exit your city or your state just as we have in many places," Benioff said. 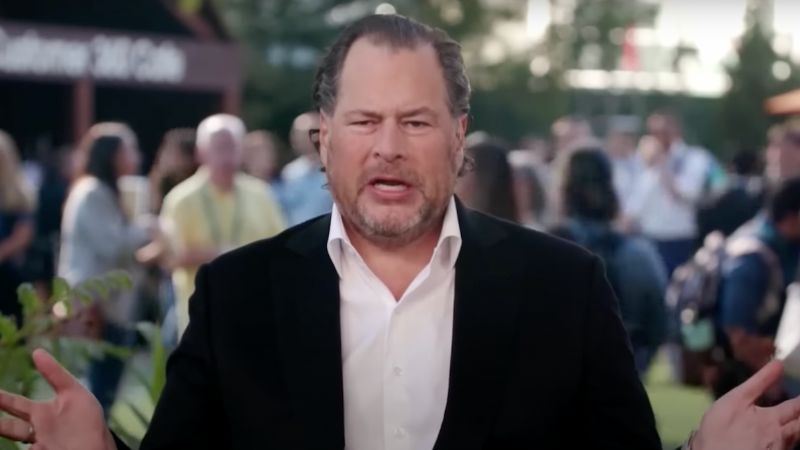 Olivia Rondeau
Sep 25, 2022 minute read
ADVERTISEMENT
ADVERTISEMENT
A week after a new abortion ban went into effect in Indiana on September 15, Salesforce Co-CEO Marc Benioff threatened to pull his company out of any states that restrict abortions. ​​

"The number one thing is, we must have our employees' back," Benioff said, "We are dealing with a whole series of crazy presidents, crazy governors and crazy mayors all over the world in every country, every city and every state. The number one thing I can do is let my employees know I’m here for them and I will 100 percent support them."

In a Thursday interview with CNN, anchor Poppy Harlow asked Benioff about abortion restrictions and bans after the largest tech employer in Indiana announced plans to relocate workers who may want abortions.

Benioff replied that he's debating on pulling the business, an enterprise cloud computing company, out of cities and states with "crazy" politicians that don't support "equality and dignity."

Following the overturn of Roe v. Wade earlier this year, abortion legislation returned to individual states, each one having different laws governing when a woman is able to get an abortion.

Salesforce has more than 2,300 employees in Indianapolis, according to WTHR.

Harlow said Benioff has done something to this before, as he threatened to pull out of Indiana in 2015 over the Religious Freedom Restoration Act, which protects businesses who use religious grounds as a defense in certain litigious circumstances. The bill enables entities to cite their religion when they could be sued in situations such as when a bakery refuses to bake a cake for a same sex couple.

Harlow claimed Benioff "won" in that case but the bill was successfully signed in to law on March 26, 2015 by then-Governor Mike Pence.

"If you're going to discriminate against our employees, we're not going to set up shop there," Benioff said in response to Harlow's claim despite the law and Salesforce both existing in Indiana.

Criticism to Benioff mounted on twitter, with Tom Elliott posting, "Uberdouche/ @SalesforceOrg CEO @Benioff vows to leave Republican-led cities/states: "If you're not for equality and dignity ... then we're going to have to exit your city or your state"