People disagree with this decision because schools have not reopened, and say renaming schools is the wrong priority, not that it is wrong in general. 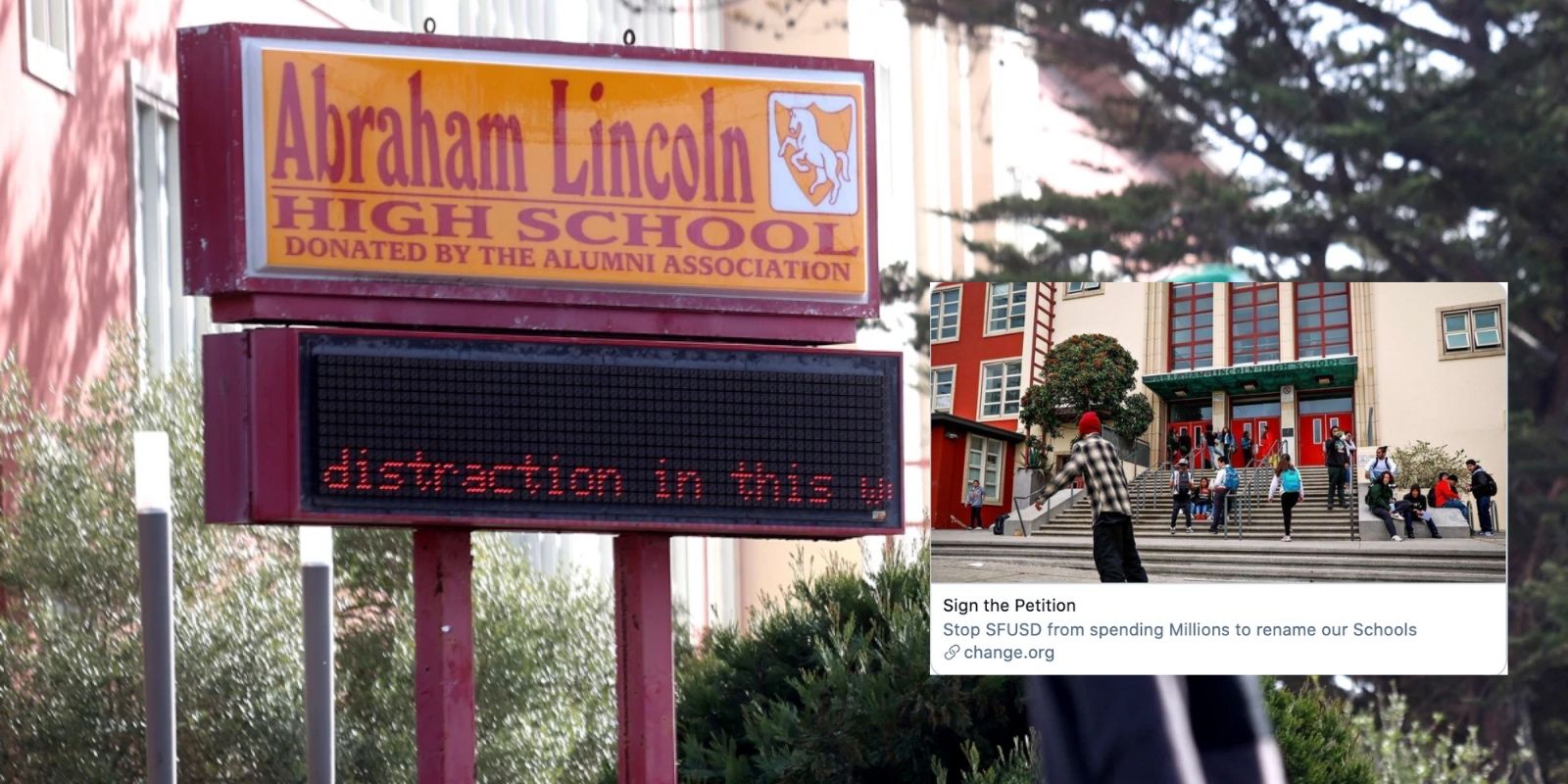 A former American federal attorney sent the City of San Francisco a letter warning that a lawsuit may be initiated over the city school board's move to rename 44 schools commemorating so-called "racist" figures, including Abraham Lincoln and Dianne Feinstein, according to a copy obtained by the New York Post on Thursday.

The letter from Paul Scott, a lawyer, claims that San Francisco's school board violated public meeting laws under the Brown Act when they passed the measure last week. This measure scraps schools named after former US presidents George Washington, Thomas Jefferson, and Abraham Lincoln.

Scott said the school board faces potential legal action if they do not reverse the decision to rename schools honouring historic figures who aided in alleged oppression.

"As litigation regarding the board's determination may otherwise ensue by legitimately frustrated San Francisco residents, I would respectfully request that… the city attorney be asked to review the points set forth in this letter and issue an opinion, so the school board will have an opportunity, if appropriate, to reconsider its course of action," said Scott.

He said the school board failed to notify people that there would be a vote on the measure and cited a 2005 case as a precedent.

"The notice provided to San Francisco residents by the school board was similarly inadequate and misleading, for it did not make clear that the purpose of the Jan. 26, 2021 hearing was to make a final determination on whether the 44 school names would be changed, let alone all at once," he said.

This threat of legal action comes after a petition was started to stop the school board from renaming these schools. The petition has garnered about 22,000 signatures as of Thursday.

It is estimated the cost of renaming each of these schools would be $100,000. Schools will have to replace signs, rename school gear, and do a complete rebranding if their names are forced to change.

The petition said people disagree with this decision because schools have not reopened, and the school board has not come up with an effective plan for remote learning. It claimed renaming schools is the wrong priority, not that it is wrong in general. This is San Francisco, after all.

"It's offensive to parents who are juggling their children's daily at-home learning schedules with doing their own jobs and maintaining their sanity," said Breed. "It's offensive to our kids who are staring at screens day after day instead of learning and growing with their classmates and friends."

This story comes around the same time after the city attorney for San Francisco announced on Wednesday a lawsuit against the school board over prolonged school closures, saying leaders "have no meaningful plan" to resume in-person learning. The lawsuit alleges school officials have resisted school reopenings despite public health advice saying it is safe.