Despite the documentary's claims that two sexes were not recognized in Western science before the late 1700s, there is evidence to the contrary. 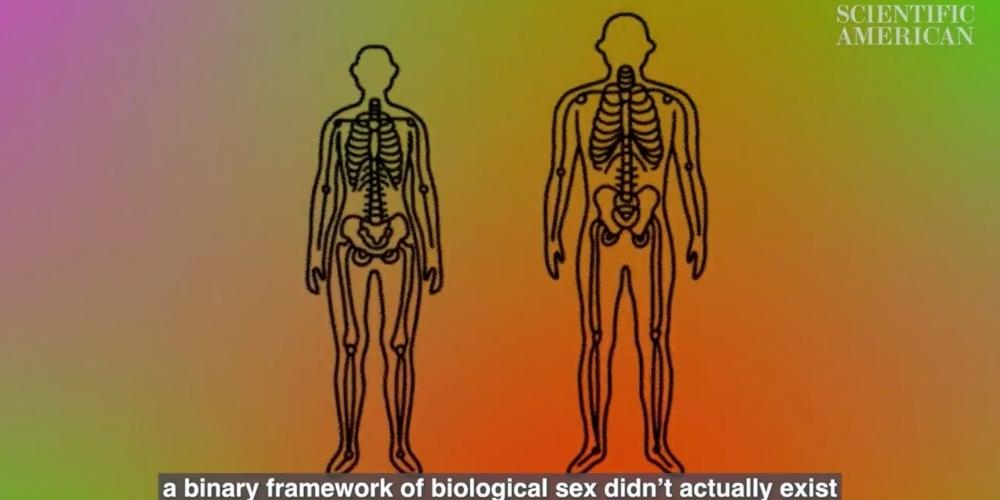 The popular science magazine, Scientific American, is facing criticism for it's new documentary series, "A Question of Sex," in which the publication claims that the concept of binary sex didn't exist in Western culture until scientists adopted the "two-sex" model to "reinforce gender and racial divisions," in the late 18th century.

"While gendered social structures are ancient, a binary framework of biological sex didn't actually exist in Western culture until the late 18th century," a clip from the documentary posted to Scientific American's Twitter said. "Before, science recognized only one sex; the male, and considered the female body an inferior version of it."

"The shift that historians called the 'two-sex model' served mainly to reinforce gender and racial divisions by tying social status to the body," the video continued.

Despite the documentary's claims that two sexes were not recognized in Western science before the late 1700s, there is evidence to the contrary.

The theory that a single-sex understanding was accepted by Western scholars was popularized by historian Thomas W. Laqueur, who in his 1990 book Making Sex, suggested that from the Renaissance to the 18th century, there was a prevailing inclination among doctors towards the existence of only one biological sex. However, not everyone agrees with his theory.

Scholars such as Joan Cadden and Michael Stolberg have criticized Laqueur's opinion, with Stolberg writing A Woman Down to Her Bones: The Anatomy of Sexual Difference in the Sixteenth and Early Seventeenth Centuries. The book asserts that "already around 1600, many leading physicians, rather than proclaiming a 'one-sex model' of female inferiority, insisted on the unique and purposeful features of the female skeleton and the female genital organs and illustrated them visually."

Cadden has written that "one-sex" theories were already treated with skepticism as early as ancient and medieval periods and that Laqueuer is just plain wrong. She noted it was absurd to think that the concept of male and female as different sexes didn't exist anywhere in Western culture before the late 18th century, especially as the 17th century Enlightenment saw theology and ancient stories like Adam and Eve continually separated from the scientific method.

The magazine, which is known for contributions from famous scientists such as Albert Einstein, is now facing online backlash, with Quillette editor Jonathan Kay tweeting "Amazing how it took just a few years for @sciam to go from respected media outlet to TikTok channel for cosmic gendersmurfs."

The controversial clip was posted as part of a multi-post thread in which the magazine also shared the story of intersex activist Sean Saifa Wall, who spoke about his experiences being born with both male and female anatomy.
Some of the criticism has been because of the magazine's use of intersex people, which are estimated to be 0.018% of the population by psychologist Leonard Sax, to argue that there is no such thing as binary sex.