The self-described Antifa "journalist" was arrested by Seattle police officers on May 7, 2021, for allegedly rolling a large dumpster into the garage doors of the East Precinct during a violent demonstration. 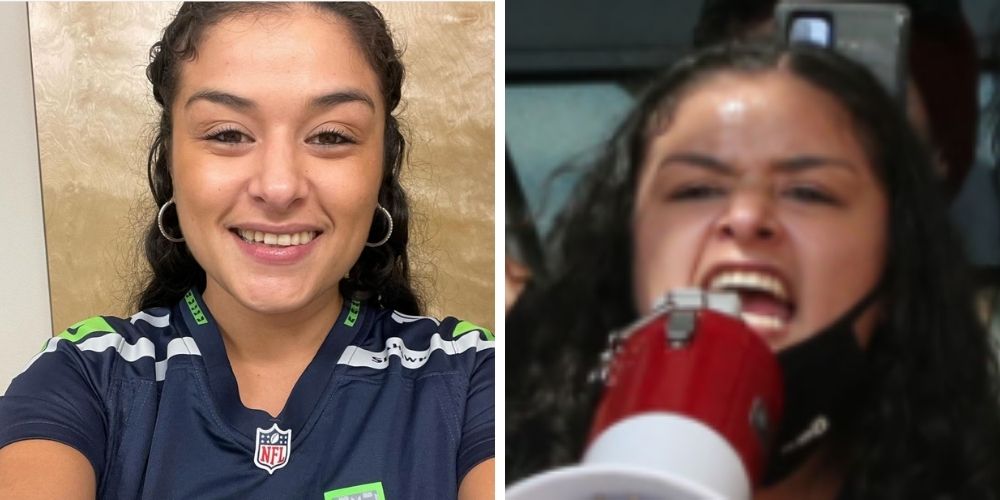 The self-described Antifa "journalist" was arrested by Seattle police officers on May 7, 2021, for allegedly rolling a large dumpster into the garage doors of the East Precinct during a violent demonstration. Devitt's actions allegedly inhibited officers abilities to effectively respond to emergency calls, directly impacting members of the community in critical situations.

According to the Seattle Police Department, "the impact caused significant damage, and disabled the door to the garage, which is used by emergency vehicles responding to 911 calls." The East Precinct is the same police precinct that evacuated during the time of the Capitol Hill Autonomous Zone (CHAZ).

Devitt, one of several individuals involved in the criminal incident, was arrested on malicious mischief charges and booked into King County Jail. The incident caused over $750 in damages, according to the court documents.

Upon further investigation into Devitt, findings revealed that the she has a past history of being intertwined with criminal groups, including violent street gangs.

In 2003, Christina Devitt testified as a prosecution witness in a murder trial involving the MS-13 gang, one of the world's most brutal street gangs internationally known for their violent murders.

Devitt testified that she was at the home of MS-13's Joel Soto-Rodriguez when he and two other gang members, Freddie Dominguez and Rojel Perez-Mejia, abruptly left the party to take care of a dispute with a rival gang in White Center, a suburb of West Seattle.

A bystander that witnessed the confrontation named Margaret Emmitt, who tried to make peace between the two groups, was shot and killed by Perez-Meija during an exchange of gunfire. Both Perez-Meija and Dominguez pled guilty to second-degree murder. The jury found Soto-Rodriguez guilty of first-degree murder after it was determined that he supplied Perez-Meija with a firearm and encouraged them to carry out violence against rival gangs.

Christina Devitt, who is a prominent member of Seattle Antifa and is known for live-streaming demonstrations and engaging in acts of violence, encouraged her followers on social media to pack the courtroom on Monday in support of her arraignment.

In addition, Devitt revealed that she is a seasoned veteran when it comes to run-ins with the law when responding to an Instagram user's comments on one of her recent posts.

Devitt now awaits trial at the King County Courthouse where a jury will decide the verdict.