Before Taylor was contracted by the city to provide "expertise and support services in de-escalation, community engagement, and alternatives to policing," he was engaged in prostitution. 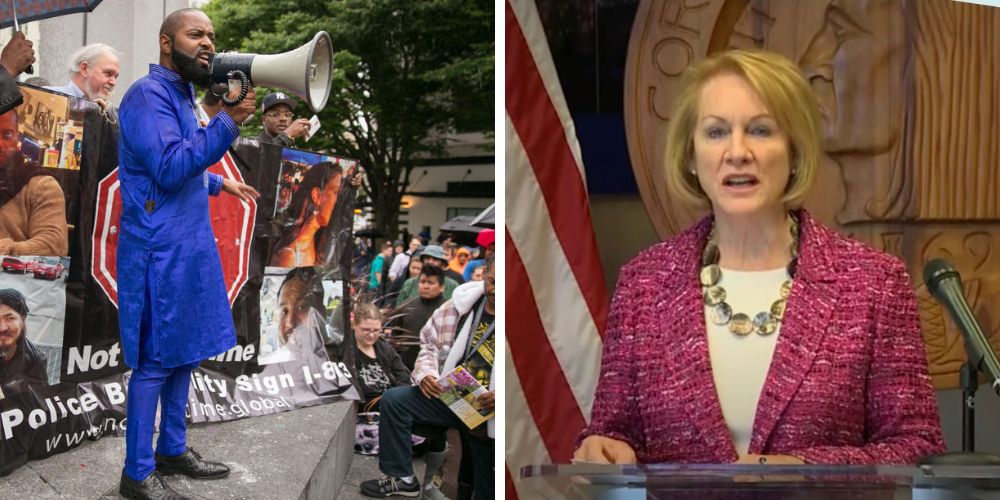 The city of Seattle has hired an ex-pimp at a $150,000 a year salary as the new "Street Czar," Andre Taylor. Before Taylor was contracted by the city to provide "expertise and support services in de-escalation, community engagement, and alternatives to policing," he was engaged in prostitution.

According to KOMO news, "…under the terms of the year-long contract, the city will pay Taylor and his group, called Not This Time, $150,000" for their services.

"The contract was signed by a representative from the city's Department of Neighborhoods on June 22, as the CHOP demonstrations were still unfolding. Taylor didn't sign the contract, however, until July 27."

In Las Vegas, Cheryl Davis admitted to being a prostitute and living in Taylor's home, with two other women who were engaged in the same concern, one who was a teen runaway and the other who had years of experience, and is now facing felony charges in association with prostitution.

According to the Las Vegas Sun, during Taylor's trial on pimping charges "…Davis told of bringing Taylor thousands of dollars from her prostitution activities although she got little in return."

Taylor was eventually convicted of seven prostitution-related counts, three involving the Davis, two involving adult women who traveled with him, as well as two money-laundering counts.

Taylor was featured in the 1999 documentary American Pimp which examined "pimping subculture," and is known to have bragged about impregnating the young girls he pimped.

Seattle officials and the local media call Taylor a "civic activist" in large part because his brother, Che Taylor, was killed by police in 2016 during an attempted arrest for drug possession.

The shooting was ruled lawful when a gun was found at the scene. Che Taylor had been previously convicted of rape and robbery and had multiple outstanding warrants. Activists in Seattle continue to demand justice.

After the shooting, Andre Taylor formed the group "Not This Time" which seeks to "engage with local community members, the families of those who have lost their loved ones to police shootings, and those who work inside the system, to demand more police accountability and safer communities."

Taylor and Not This Time were the driving force behind anti cop initiative 940 and led mass "demonstrations" downtown in the wake of the death of George Floyd.

In 2019 Not This Time was paid $100,000 to host an event called "Conversations With The Street." Taylor appeared with Seattle Mayor Jenny Durkan at a May 30 press conference, commending the mayor for speaking out against Floyd's death and pledging to speak out for young black men amid the unrest.

Taylor spoke out against the methods of the occupied protest, saying in a Facebook video that "That CHOP area is attracting this kind of activity and it’s unsafe, I told them, 'All those people that were supporting you guys, they're going to start walking away from you, especially all those white people that were following you... They don't want to be associated with any part of that violence.'"

"So don't just leave," Taylor told the activists, according to the Seattle Times, "leave with something." He also counseled them to register nonprofits and set up websites to advance their cause.

"You gotta get something," he said. "Let me make that happen for you, and then I can bring that back to you. I don't know, we'll ask for $2 million. They might give us $1 million, but let's ask for it. Because the reason why we're holding that space is not only for George Floyd but for the millions of George Floyds."

In response to criticism of Taylor's contract hiring the mayor's spokesperson Kelsey Nyland said Thursday "Not This Time was one of the many community organizations working with the City on Capitol Hill."

Taylor was involved in the closed meetings where Mayor Durkan allegedly negotiated payouts for various groups in the CHOP including $100,000,000, unused city facilities and more that the Mayor announced after the dismantling of CHOP.

"Me, as a black man has the right to be paid for my genius or for whatever my organization can provide," Taylor said. "Black people as a whole have not been in a place to be compensated for their genius or their work for a very very long time." Taylor told KOMO News on Tuesday. "I know the term 'street czar' is quite provocative."