Many are questioning sending social workers and service providers into the encampments with no protection. 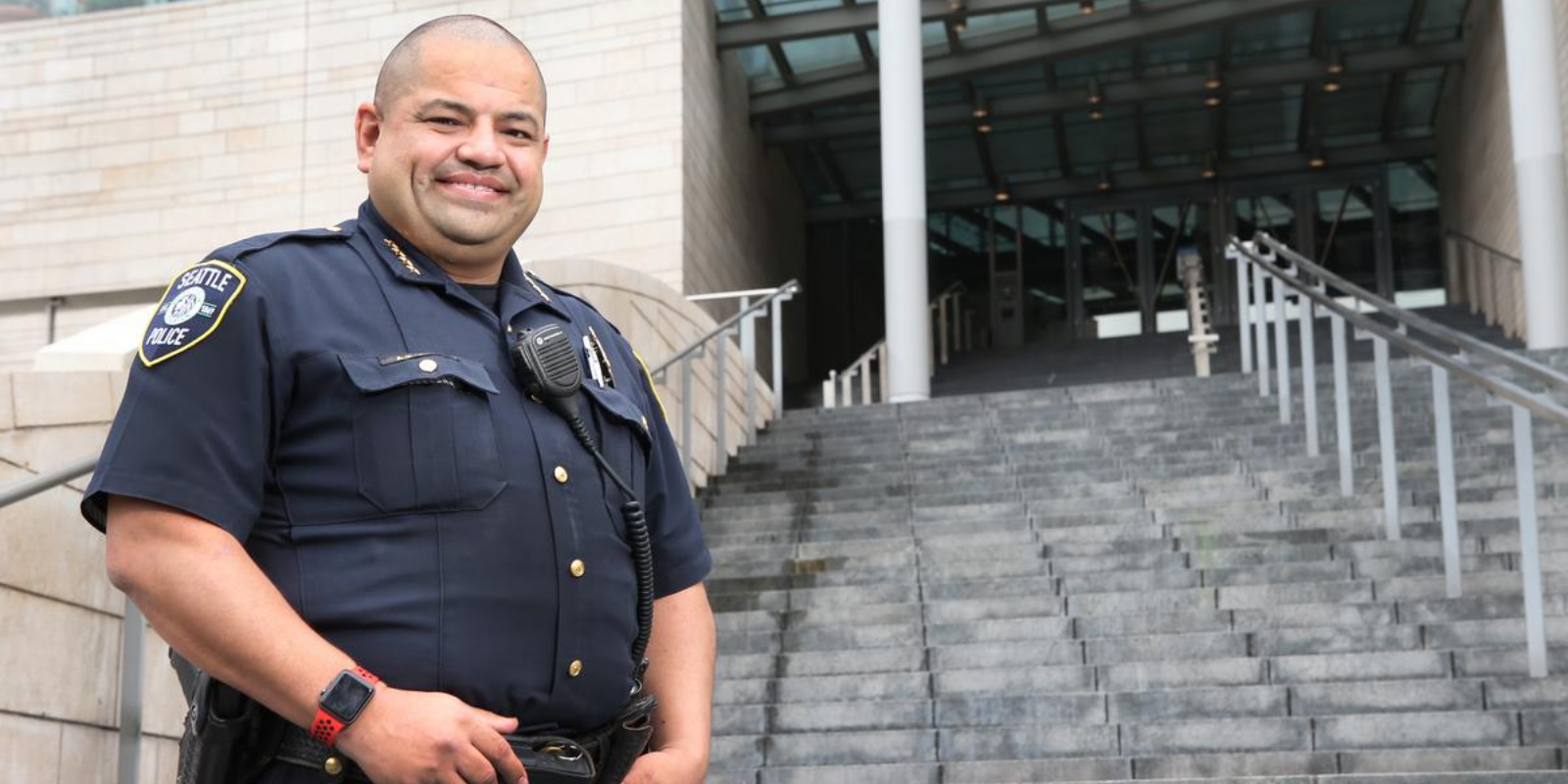 Since the defunding of the Seattle Police Department, most notably the homeless response team called the Navigation Team, homeless encampments have grown exponentially across the city. Crime attributed to the encampments has spiked and Seattle now finds itself operating well below safe limits for policing a city its size.

Seattle, already facing a homelessness disaster and homeless state of emergency now, finds parks that are filled with encampments. The Seattle City Council is proposing a response team without police, more cuts to the department, and is literally hoping there is no need for protection.

In an interview this week, Seattle Interim Police Chief Adrian Diaz said he does not believe the amount of deployable officers Seattle has is safe for the public. "No. Even when I was pushing out our budget for next year with the city council, I was explaining the need for us to have people that are going through the academy, that are going through our FTO [Field Training Officer] phase, and then being able to deploy them out," he said.

"I'm trying to do everything we can to keep all of our officers. We trained them well, they're doing excellent work day in and day out… I have to make sure that I have the right personnel as we enter into 2021 that's able to keep this city safe," he said.

By comparison, Seattle has less than half the deployable police officers Boston has which is a city of equal size.

Seattle Council member Andrew Lewis announced that an agreement had been reached between the Mayor's Office, the City Council, and homeless outreach providers on a first step toward replacing the disbanded Navigation Team. The Unsheltered Outreach and Response Team would be "the City's central coordinating team to empower and collaborate with the outreach efforts of our contracted providers." However, according to the city's own release no one from the team will actually interact with the campers

"This new team will not be authorized to conduct outreach, which will exclusively be the purview of community-based groups. Instead, this team is an acknowledgement that the city's provider community is made up of capable outreach partners, and their service can be enhanced by partnering with the City to bring to bear resources only the City can get into the field to assist in their mission."

Even with the known dangers in and from the camps, including assaults, rapes and murders, the council does not plan on having police as part of the equation to solving the encampment epidemic. "This team will be exclusively civilian. The City practice of using armed and uniformed police as agents of homelessness outreach and coordination is resolutely over. This new model will acknowledge the strength the City can bring as a partner by coordinating a variety of essential services to support the provider community  This support includes garbage pickup, sharps disposal, hygiene facilities and many other services," said Councilmember Lewis.

Lewis, before being elected to council, was a District Attorney for the Seattle. During his tenure he recommended reduced sentences and even release for prolific offenders who plaque downtown Seattle. One notable offender included Travis Berge who last month allegedly killed his girlfriend/wife by hammering nails into her head after bragging about assaulting her online before drowning himself in a barrel of bleach. Berge had already been charged a minimum of 14 times in Seattle for other crimes including multiple assault charges and attempted rape of a homeless woman.

Many are questioning sending social workers and service providers into the encampments with no protection. According to SCC Insight "When asked whether there would be any ongoing role for police officers with relation to homeless encampments, Lewis said that they are still working out some parts but "they want to make sure that policing is not integrated into this model. If it does come, in, that it's requested," such as if an outreach provider requests an escort into a dangerous encampment, or the Seattle Fire Department requests SPD to secure a site before firefighters enter."

SCC Insight continued "Lewis was clear that this was just a first step, and not a complete solution to replace the Navigation Team. He said that the workgroup continues to discuss several issues, including SPD's role and new protocols and procedures for those (hopefully rare) instances where outreach alone fails and an obstruction or hazardous encampment must be removed. I asked Lewis whose decision it will be under this new model as to whether to remove an encampment. 'As it stands, there would be a deliberation between the people in the field and the team back at headquarters,'" he said. "'But the difference is that it will be consultative.'"

However, officers, if needed, may not be available. The Select Budget Committee will consider proposed budget cuts of more than $49 million from the Seattle Police Department. The most recent proposal calls for a 93 percent reduction in patrol operations funding. Cuts could include eliminating 47 vacant officer positions and a salary reduction for both sworn and civilian employees totaling more than $22 million.

The proposed cuts come as over 118 officers have left SPD already this year, 39 in September alone, double the highest of any month on record. Seattle is now operating with a police force smaller than it had in the 1990's and yet the population of Seattle has almost doubled since then. Officers have made it crystal clear why they are leaving, blaming the mismanagement of the city and demonization by elected officials.

Leading the way of resigning officers was the city's top cop, former Chief Carmen Best, who stepped down in response to the council's cuts to SPD in September. Council Member Lisa Herbold legitimized the claims of the departing officers when during a council meeting today remarked "The officers who don't want to follow their Chief in those changes that he identifies as best for the department and best for the city might find more job satisfaction elsewhere."

Also involved in the new outreach program is Lisa Dugaard of the Law Enforcement Assisted Diversion Program (LEAD) which "diverts" criminals to "treatment" rather than incarceration. Dugaard is also among those advocating for heroin injection sites in Seattle, despite mounting evidence that the sites increase crime, destroy neighborhoods and increase overdoses.

The Council and Seattle Mayor Jenny Durkan appear to be in sync on establishing the new outreach team without SPD participation in engaging campers. "Mayor Durkan looks forward to Council fast-tracking both this legislation and $3 million for hotels to move hundreds off the streets and into shelter and permanent housing over the next year. If Council moves quickly, we have the opportunity to move hundreds of people off the street, address the most hazardous encampments, and move more people into safer spaces."

This added expenditure comes despite the city facing hundreds of millions in lost revenue due to coronavirus closures and problems with the "housing first" model locally.

Seattle politicians appear to be doubling down on their previous failures and now lack the safety net of a fully functional police department to protect the public.