Second Liberal MP speaks out against Trudeau's handling of pandemic 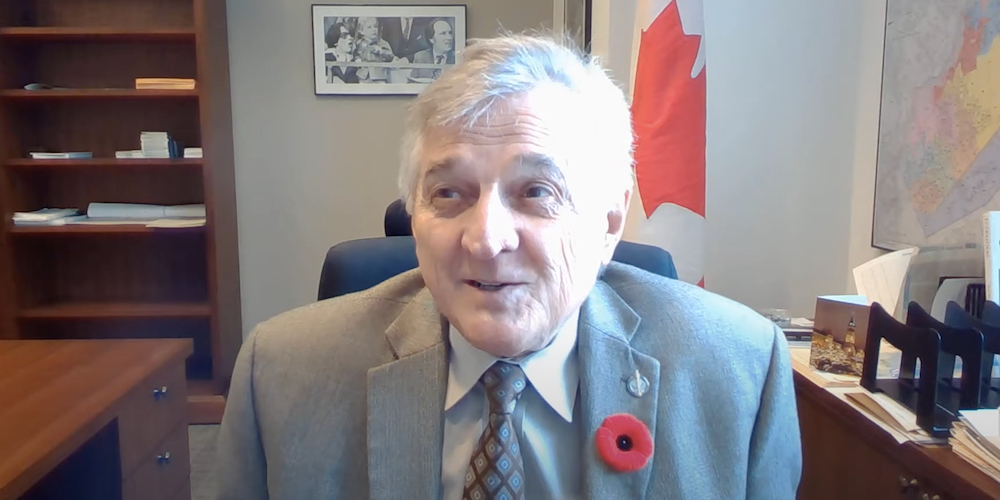 On Tuesday, Liberal MP Joel Lightbound held a press conference in which he decried his government for politicizing the pandemic before stepping down as the Liberal Quebec caucus chair.

The following day, fellow Liberal MP Yves Robillard announced that he was siding with Lightbound.

According to the Hill Times, Lightbound's passionate speech tore into the government's handling of the pandemic, focusing in on the rhetoric used by certain members.

"I can’t help but notice with regret that both the tone and the policies of my government have changed drastically since the last election campaign," Lightbound said. "It went from a more positive approach to one that stigmatizes and divides people."

Lightbound also called out government officials for failing to consider that not everyone was equally able to lock down securely. "I've heard from people worried that those making the decisions seem at times to have been blind to the fact that we’re not all equal for lockdowns that not everyone can earn a living on a Macbook at the cottage," he said. "I’ve heard people worried that a few might have lost sight of the quiet and discreet suffering of the many."

He distanced himself from the ongoing "Freedom Convoy" protests, but argued that their concerns should be heard.

Robillard was targeted by Chief Government Whip Steve MacKinnon for traveling to visit family in Costa Rica just before Christmas. At the time, the Liberal caucus had been instructed not to travel outside the country, but Robillard decided to go ahead with his plans. In response, MacKinnon removed him from the House National Defence Committee and circulated an email to all MPs about Robillard's decision to break the rules.

Robillard said that while many, including Trudeau himself, voiced their displeasure with the planned trip, nobody told him explicitly that he could not go.

"It's not something that even the prime minister can say," Robillard argued. "We all have our authority, we all have our conscience, and I was not going there to please anybody. I have family over there and I’m so happy that I went and, you know what, I came back with two tests, one from over there and one at my arrival, and I didn’t have COVID. So those who are going to tell me that I was in danger, no. People over there are respecting the masks and the [social] distance."

The Quebec MP stated that the ongoing restrictions here in Canada have taken a toll on his mental health, as well as that of countless others. He said he will continue working with Lightbound to discuss the path forward within the Liberal Party.