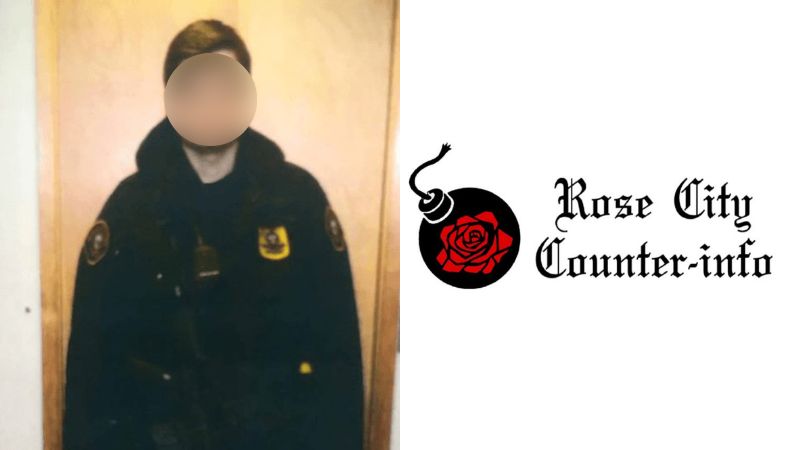 A Portland Antifa group has published the home address of a local police officer and his family, detailing a recent attack on his home.

The group said that Hayes was "murdered" by Hearst "execution style," with Hayes being "unarmed and was complying with the conflicting orders the pigs were giving him."

According to The Post Millennial’s Andy Ngo, Hearst had been cleared by a grand jury for the killing of Hayes. Hayes had been shot by police after he took a person hostage with a replica pistol.

"Merle Hatch was having a mental health crisis and was outside the hospital where he had been a patient. Andrew Hearst and other pigs unloaded 19 rounds on Merle Hatch. He was unarmed and holding a broken phone handle," the post read.

In 2013, Hatch was killed after charging at officers with what they say was a gun. It was later revealed that the gun was in fact a phone handle, according to OregonLive. In this case as well, a grand jury cleared Hearst.

"To every other killer cop who sleeps peacefully: if you think we would forget the people you killed, or forget our anger over time, you will find out the hard way that we always remember. Hiding in your white suburbia house is not going to make you safe. You will never be safe. See you soon," the post said.

The post concludes by listing the full address of Hearst, the name of his wife, as well as the vehicles the two drive.

In a comment to The Post Millennial's editor-at-large Andy Ngo, a spokesman for the Portland Police Bureau said they are aware of the threatening post and would not comment when asked if it had been referred to federal investigators.
ADVERTISEMENT
ADVERTISEMENT
Rose City Hearst blur