"She's a musician, she plays electric guitar, she's a girl of the very modern American fabric." 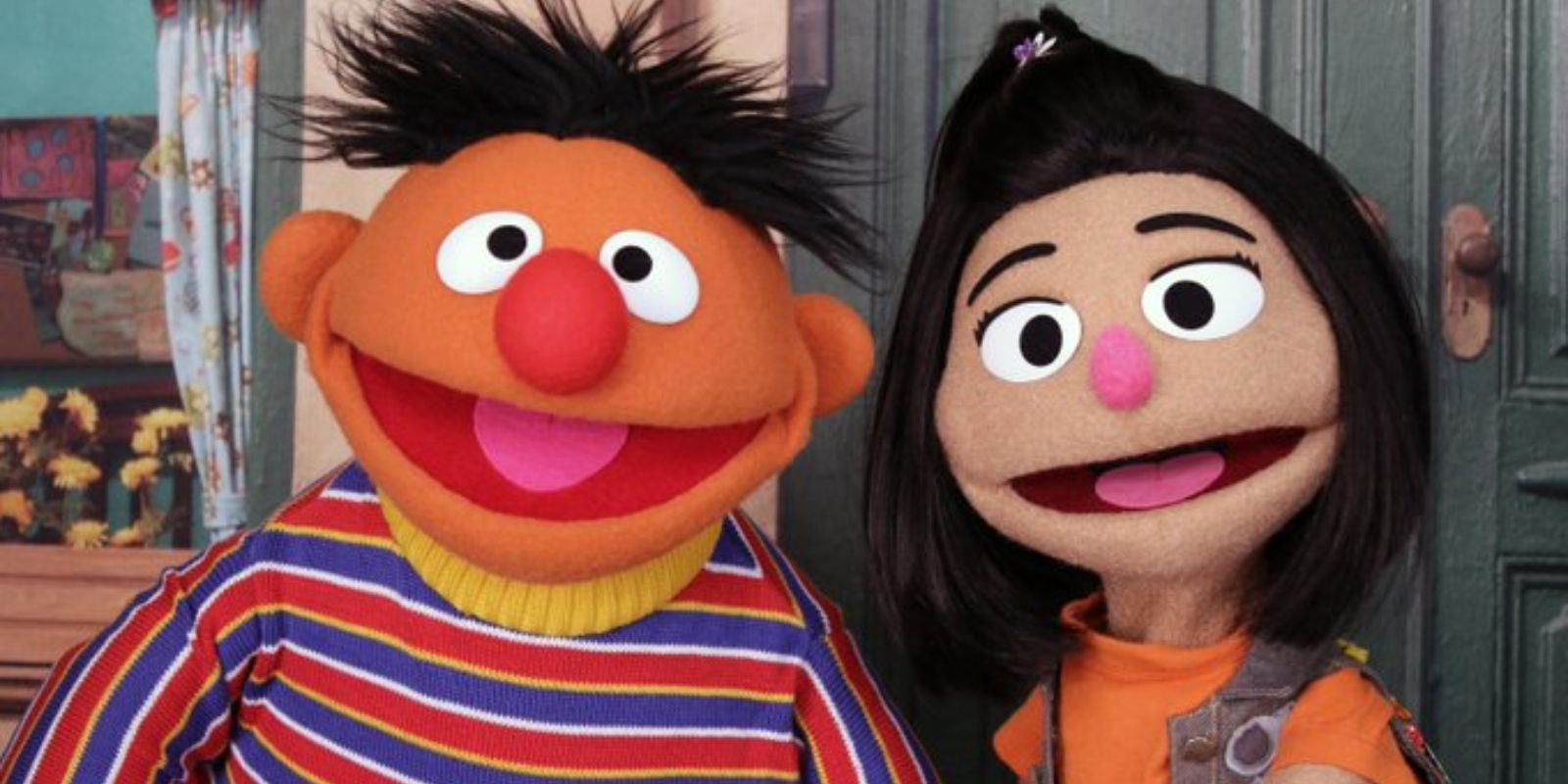 Ji-Young, the first Asian American muppet character, is set to debut in a Thanksgiving special on the long-running children's show Sesame Street.

"She's a musician, she plays electric guitar, she's a girl of the very modern American fabric," Alan Muraoka, who plays the human owner of Hooper's Store on the children's show and is also Asian American, told NBC Asian America.

"She recognizes the culture through her relatives — her grandmother, through her mother — and through the food she eats and loves," Muraoka said.

Ji-Young will be formally introduced in "See Us Coming Together: A Sesame Street Special," which will drop Thanksgiving Day on HBO Max, Sesame Street social media platforms, and on local PBS stations.

In the special that centers around a "Neighbor Day" celebration and features celebrities ranging from actor Simu Liu to Japanese tennis pro Naomi Osaka, another child tells the Korean American girl to "go home" in an offscreen incident.

According to NBC News, puppeteer Kathleen Kim will perform the role of Ji-Young, an avided skatebaorder with a love for eating spicy Korean rice cakes known as tteokboki, guiding the seven-year-old character through an episode where she experiences discrimination, but then her neighbors come together to stand up for her and reassure her that she's "exactly where she belongs."

"People are seeing the need for it now, especially with the rise in American violence. I think it's absolutely because the nation as a whole woke up," continued Muraoka, referring to the #StopAsianHate movement that was ignited in response to an uptick in anti-Asian violence committed across American communities.

Sesame Street has been accused of going "woke." It tried to tackle anti-Asian bullying with the release of a music video called "Proud of Your Eyes," the latest in a series of the educational children's program dubbed, "Coming Together: The ABCs of Racial Literacy." In the video, an Asian girl named Analyn was bullied for having "slanty" eyes. "Your eyes tell the story of your family. They show where you came from, and how you came to be. The color, the shape, and the size should always make you proud of your eyes," Muraoka sings in the music video.

In another case, CNN hosted a town hall with the beloved residents of Sesame Street to encourage children to get vaccinated against COVID-19.

The fact that the Sesame Street franchise now has muppets with specific ethnic and  racial identities appears to many to contradict its original paradigm. All of the classic characters on the show are of different imaginative hues distinct from any real human skin color. For example, the Cookie Monster's fur is deep blue, Oscar the Grouch's is dark green, and Ernie's is vibrant orange. The original characters have been marketed as individuals mixing together in a big melting pot without any sort of strong group identity—other than being Sesame Street residents.