Seven Antifa militants have been arrested by authorities in Portland and are facing federal charges for participating in a violent riot outside of a US courthouse. 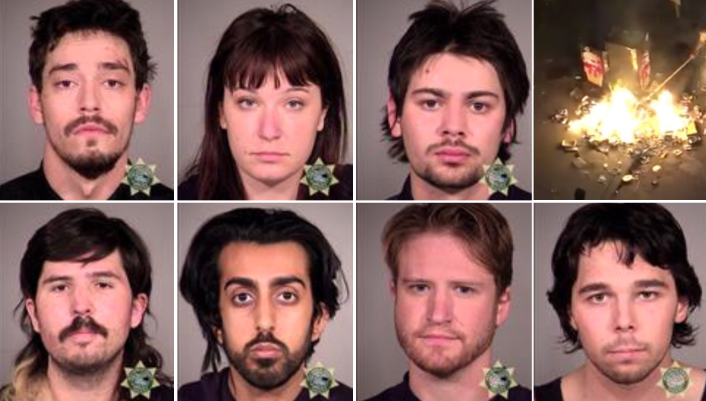 Seven Antifa militants have been arrested by authorities in Portland and are facing federal charges for participating in a violent riot outside of a US courthouse. The announcement was made by US Attorney Billy J. Williams.

A press release from the Department of Justice reads:

Some of the illegal activities the Antifa militants allegedly participated in include targeting officers with lasers, fireworks, and projectiles. The seven defendants also allegedly broke a door, a closed-circuit video camera, and assaulted police.

The DOJ writes that "Faulkner, Fellini, Porter, and Teo are accused of assaulting federal officers with high intensity lasers. At the time of his arrest, Faulkner also possessed a sheathed machete."

Fellini was found with components of a pipe bomb as well as a knife and mace.

All seven Antifa militants appeared in federal court on Monday and have been released pending their trials.

The DOJ clarified that the "cases are being investigated jointly by the U.S. Marshals Service; FBI; U.S. Bureau of Alcohol, Tobacco, Firearms, and Explosives; Federal Protective Service; U.S. Customs and Border Protection; and Homeland Security Investigations."

Since May 26th, nightly riots have plagued Portland as members of Antifa have destroyed property, looted, set statues on fire, and vandalized buildings and monuments.