"There is no doubt that these procedures are 'abuse' under Texas law, and thus must be halted," said Attorney General Paxton. 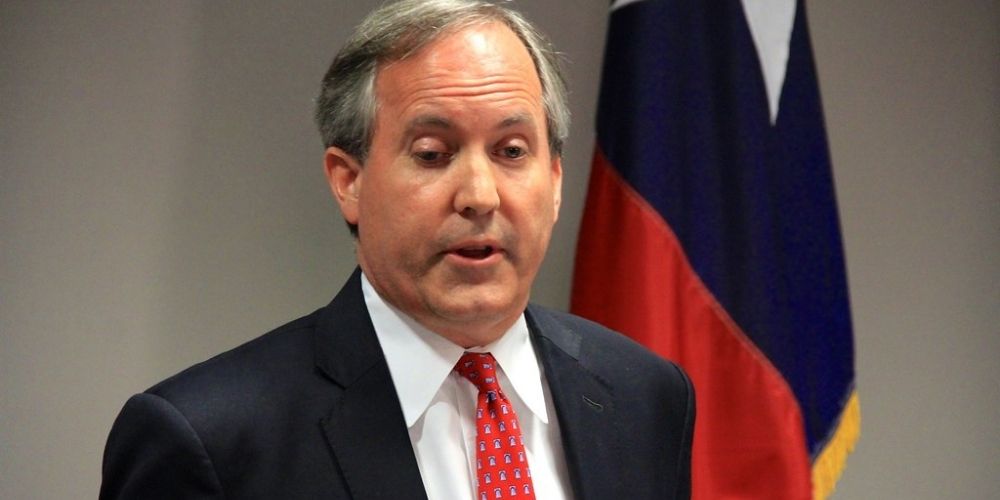 On Monday, Texas Attorney General Ken Paxton declared that the prescription of puberty blockers and certain sex-change operations on children is "child abuse" under Texas law.

Paxton released a formal opinion from the attorney general's office, concluding that "certain procedures done on minors such as castration, fabrication of a 'penis' using tissue from other body parts, fabrication of a 'vagina' involving the removal of male sex organs, prescription of puberty-suppressors and infertility-inducers, and the like are all 'abuse' under section 261.001 of the Texas Family Code," according to a press release.

"There is no doubt that these procedures are 'abuse' under Texas law, and thus must be halted," said Attorney General Paxton. "The Texas Department of Family and Protective Services (DFPS) has a responsibility to act accordingly. I’ll do everything I can to protect against those who take advantage of and harm young Texans," Paxton wrote.

In the opinion, Paxton states that these procedures that result in the sterilization of a child infringe upon  a child’s "fundamental right to procreate" in the future, and that these children do not legally posses the ability to consent to these procedures.

Beyond the risk of sterilization, Paxton lists a number of other harmful side effects or conditions that can arise, including serious mental health effects, increased risk of cardiovascular disease, elevated blood pressure, gallbladder disease, insulin resistance, and an increased cancer and stroke risk.

Paxton states that these procedures can constitute abuse under the Texas Family Code, which states that "causing or permitting substantial harm to the child or the child's growth and development is child abuse."

"Courts have held that an unnecessary surgical procedure that removes a healthy body part from a child can constitute a real and significant injury or damage to the child," wrote Paxton.

"By definition, procedures and treatments resulting in sterilization cause 'physical injury that results in substantial harm to the child, or the genuine threat of substantial harm from physical injury to the child' by surgically altering key physical body parts of the child in ways that render entire body parts, organs, and the entire reproductive system of the child physically incapable of functioning. Thus, such procedures and treatments can constitute child abuse under section 261.001(1)(C)," he wrote.

"Even where the procedure or treatment does not involve the physical removal or alteration of a child’s reproductive organs (i.e. puberty blockers), these procedures and treatments can cause 'mental or emotional injury to a child that results in an observable and material impairment in the child’s growth, development, or psychological functioning' by subjecting a child to the mental and emotional injury associated with lifelong sterilization—an impairment to one’s growth and development. Therefore, a court could find these procedures and treatments to be child abuse under section 261.001(1)(A)," the opinion added.

Late last year, Paxton launched an investigation into two pharmaceutical companies that were allegedly advertising and promoting puberty blockers for uses not relating to the products' original intended usage, and for not disclosing potential drug side effects to parents and children.

"Medications Supprelin LA and Lupron Depot are approved to treat children with Central Precocious Puberty (CPP), when the puberty process begins prematurely. And Vantas, along with other forms of Lupron, has been prescribed for palliative treatment of prostate cancer," the press release states.

These drugs are reportedly being used to treat gender dysphoria in children, which is not what these drugs were originally approved for by the Food and Drug Administration.

"The manufacture, sale, prescription, and use of puberty blockers on young teens and minors is dangerous and reckless," Attorney General Ken Paxton said. "These drugs were approved for very different purposes and can have detrimental and even irreversible side effects. I will not allow pharmaceutical companies to take advantage of Texas children."