"We are tired of this nonsense," he says. "Robbery, drug trafficking, hanging around, gangs. They are forcing us to hire the security, high-level security, state level." 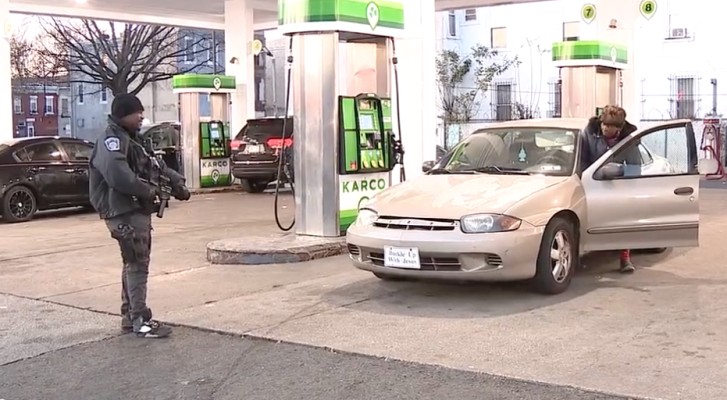 Alex Timothy
Dec 6, 2022 minute read
ADVERTISEMENT
ADVERTISEMENT
The owner of a gas station in North Philadelphia got so fed up with the prevalence of violent crime in the city that he hired heavily armed security guards to protect his customers and store.

Neil Patel told Fox News that he hired Pennsylvania S.I.T.E. state agents to patrol the site and protect customers after his store was repeatedly ransacked.

"We are tired of this nonsense," he says. "Robbery, drug trafficking, hanging around, gangs. They are forcing us to hire the security, high-level security, state level."

Following the theft of his ATM by a group of vandals, as well has the repeated vandalism of his car, Patel finally felt the need to hire security.

"We wear Kevlar, we are trained, my guards go to training every other week, they're proficient with [their guns] and with their taser, they know the law," said Chief Andre Boyer.

"We're Pennsylvania State Agents and we're not security," he explained. "Basically, what we do is security details when the public calls upon us when the police can't be there."

According to ABC7 News, crime in Philadelphia has risen quite significantly in the last few years, with firearm robberies at gas stations in particular having tripled.

Attorney David Thiruselvam, whose clients are primarily victims of crime, says that he currently has nine people suing gas station after being shot on their premises.

According to Pennsylvania law, owners are responsible for protecting customers from known dangers while on their property.

"When you have shootings and things like that going up and down the street, up and down around you, you should know that could come on your property," Thiruselvam said.

Neighbors and local residents have been mixed about the beefed up security.

"The first week, there was tension from the public seeing someone with an AR shotgun walking around," Boyer said.

"I listen to them, but according to some people, violent people, they carry the guns, they're not afraid of them? This is the protection for the neighborhood and the customers," Patel said.

Regardless of the locals' opinions, the move worked.

Since hiring the security force three weeks ago, his business has not experienced any incidents of loitering or other crimes.