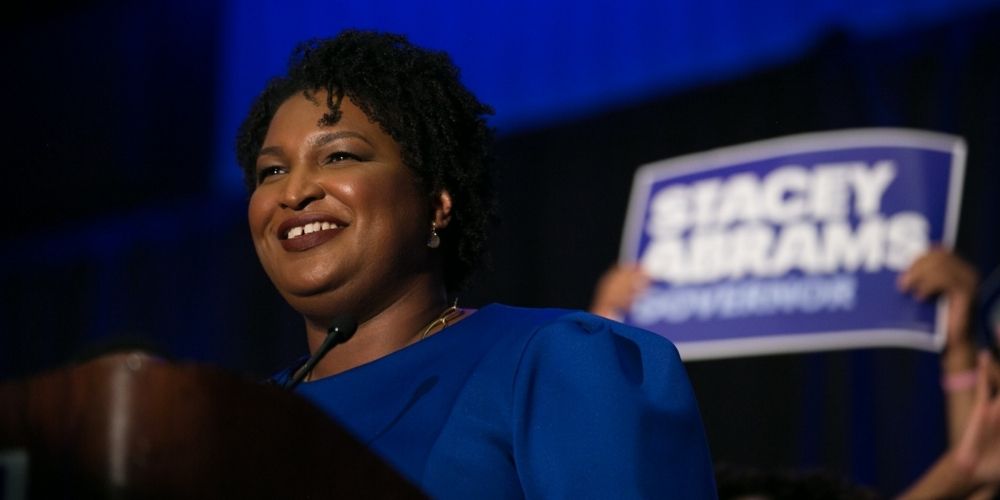 Following Stacey Abrams' failed attempt at a 2018 gubernatorial run in Georgia, the politician's finances have seemingly exploded to millionaire status ahead of her next attempt for the Georgia leadership position.

While only holding a net worth of $109,000 during her first campaign four years ago, Abrams has reportedly skyrocketed to a net worth of $3.17 million, according to state disclosures viewed by the Associated Press.

A large portion of this ascent was helped by her rise in national politics, most notably due to her efforts on voting rights legislations and actions.

According to the Associated Press, Abrams is "widely credited with organizing voters in Georgia to help him become the first Democrat to carry the state in the presidential vote in 28 years."

During her time as an activist, she reportedly earned $6 million, $5 million of which was payments for books and speeches.

Since 2019, Abrams has also co-written or reissued six books, with another reissue coming later this year.

Abrams received over $700,000 during her more than three years spent executive director of the Southern Economic Advancement Project, an affiliate of the Roosevelt Institute that looks to improve economic equity in the South.

She reported no income from Fair Fight Action though, the voting rights group she founded and formerly chaired.

Abrams has also reported a number of investments made in companies. Some are longtime holdings including Now Account Network Corp., which reportedly finances businesses by buying invoices.

In November, Abrams joined the board of Heliogen, a California company that seeks to use sunlight to concentrate heat for industrial processes and energy production. Abrams reported $65,000 in Heliogen stock.

With Abrams' bump in net worth, the politician has seen a bump in ridicule from Republicans like Garrison Douglas, a spokesperson for the national Republican Party, who accused Abrams of using her campaign "as a platform for her own financial gain."

In an interview, Abrams called the ridicule ironic, saying financial success is something the party often praises as the result of hard work.

"It is remarkable to me that success is now being demonized by the Republicans," she said. "I believe in success. I believe that every person should have the opportunity to thrive. And because I had three years where I was in the private sector, I leveraged all three years, and in that time, I've done my best to not only be successful personally, but to do what I can to help Georgians."

In 2018, incumbent Governor Brian Kemp ridiculed Abrams for owing $54,000 to the IRS, to which Abrams explained that she had skipped her payments on self employment taxes because her parents needed financial help. "You can delay IRS payments. You can't delay cancer treatments," Abrams said at the time.

Abrams reportedly had $96,000 in student loan debt and $83,000 in accumulated credit card debt in 2018. She only had a positive net worth at that time because a publisher had paid a $150,000 advance on her first nonfiction book. She paid off these debts as well as the IRS in 2019.

During her first governor race, she had a retirement account consisting of less than $5,000, which has skyrocketed to more than $725,000 in stocks and bonds, according to the Associated Press.

Though it is unclear how much Abrams is paying in taxes or how much she is donating to charity, her assets also include $560,000 set aside in a "tax account."

In December, Abrams announced that she would once again be running for governor of Georgia, setting up a potential rematch with incumbent Kemp.