"Stacey Abrams wants state government mask mandates for Georgians and their children," Kemp tweeted. "But it looks like they wouldn't apply when she's attending a photo op." 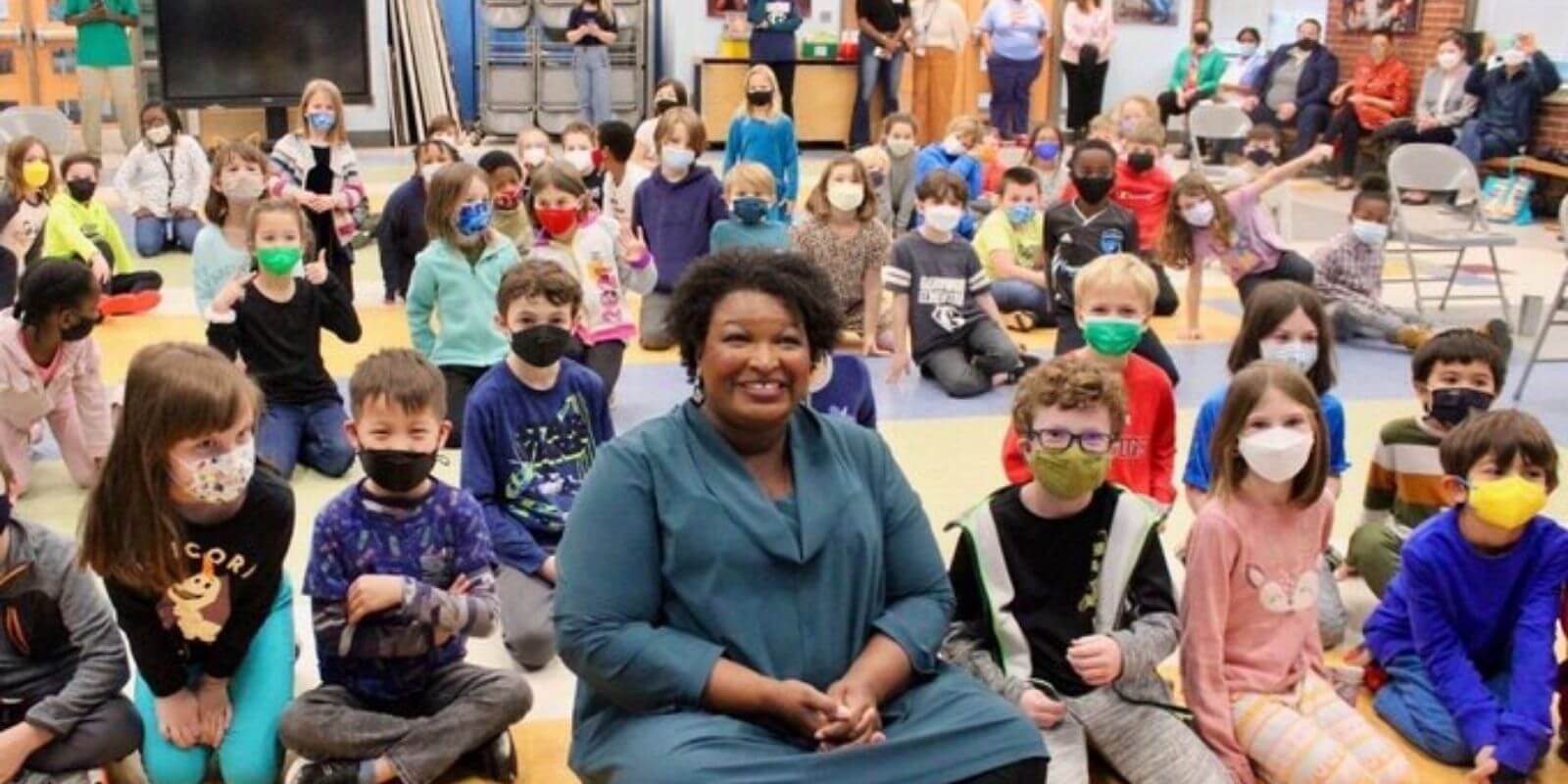 Stacey Abrams, who is running for governor of Georgia, posed maskless in a Glennwood Elementary School classroom just outside of Atlanta, while all the students behind her in the photo were masked per mandate.

Abrams said that her visit to Glennwood Elementary was "spectacular, delightful and outstanding," but critics quickly made the photo go viral and had less "spectacular" things to say about the photo opportunity.

The school principal, Dr. Holly Brookins, had posted pictures on her Twitter account of Abrams' visit, which included three photos of her maskless. Brookins' Twitter account appears to be deactivated as of Sunday morning, Fox News reported. However, the photo continued to spread and generate strong criticism.

"The number of left wing politicians who post photos posing without masks while all the kids around them are wearing masks is stunning. Here is Stacey Abrams doing it. This is child abuse," Travis tweeted Saturday night.

The former Department of Education press secretary, Angela Morabito, commented, "Hey @staceyabrams, did you forget something?" Morabito's tweet was accompanied by a mask emoji.

"Meanwhile: since @staceyabrams is a very sophisticated and important liberal, I'm sure there's something in The Science™ that justifies her being maskless indoors, surrounded by young kids forced to wear masks all day. Maybe she's holding her breath?" asks journalist and author Glenn Greenwald.

Abrams has responded to the backlash, calling the critism "a false political attack."

"It is shameful that our opponents are using a Black History Month reading event for Georgia children as the impetus for a false political attack, and it is pitiful and predictable that our opponents continue to look for opportunities to distract from their failed records when it comes to protecting public health during the pandemic," a statement from the Abrams campaign reads.