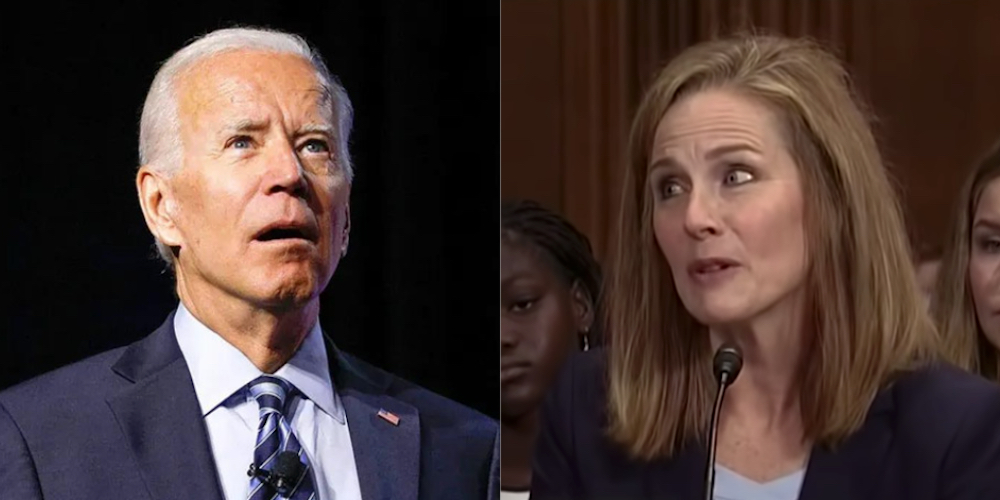 Her decision came just one day after the group filed their "writ of injunction pending appeal."

Barrett is in charge of handling emergency application requests from the 7th Circuit Court of Appeals, and according to Law & Crime, she denied the proceeding before even referring it to the full Supreme Court.

The BCTF alleged that Biden, other high-ranking officials, and the Department of Education had "unconstitutionally and unlawfully exercised 'congressional power under the taxing and spending clause of Art. 1, § 8, of the Constitution' by forgiving student loan debt owed to the federal treasury, which is an appropriation of federal funds … and therefore 'exceed[ed] specific constitutional limitations imposed upon the exercise' of that power."

They also decried the fact that Biden had acted "unilaterally and without any legal authority from Congress," equating the situation to that of pre-Independence America, "when the Founding Fathers complained that King George III imposed 'Taxes on us without our Consent' and with them 'erected a multitude of New Offices, and sent hither swarms of Officers to harass our people, and eat out their substance'."

"President Biden’s fiat here is nothing more than a modern-day Stamp Act," they argued, calling it "a massive taxing and spending policy passed without participation of the People’s representatives."

The student loan forgiveness program has been controversial, and many expect that the BCTF's challenge will not be the last.