The man accused of stabbing Burnaby RCMP officer Const. Shaelyn Yang to death has been charged with first degree murder. 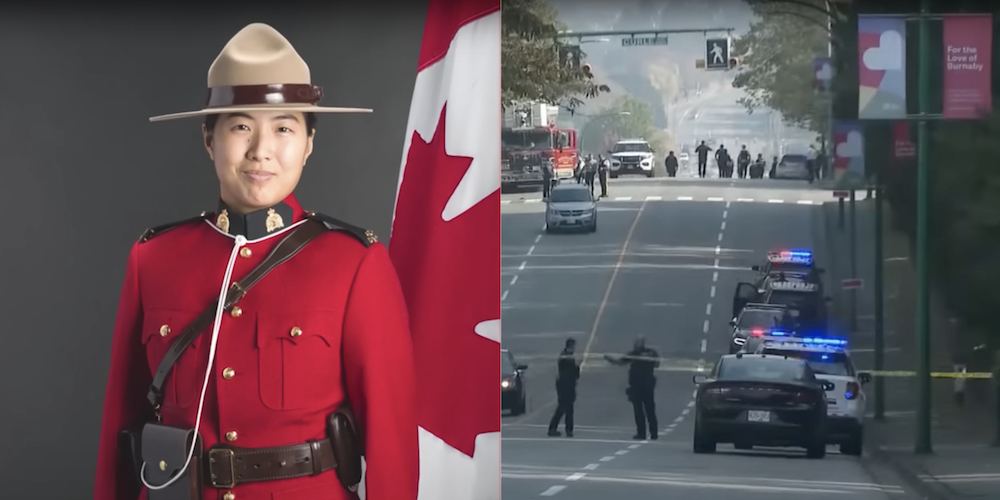 The man accused of stabbing Burnaby RCMP officer Const. Shaelyn Yang to death has been charged with first degree murder.

Jongwon Ham, who lived in a tent and had an outstanding arrest warrant for a prior assault charge, made his first court appearance on Wednesday, and will remain in custody.

According to CTV News, at 11 am on Tuesday, Yang and a Burnaby Parks employee responded to a complaint about Ham, who had set up camp near Broadview Park just off Canada Way.

Upon arriving on the scene, the pair got into an altercation with Ham, which resulted in Yang being stabbed and Ham being shot. Both were rushed to hospital, where Yang sadly succumbed to her injuries. The parks employee walked away physically unharmed.

Commanding officer of the BC RCMP Deputy Commissioner Dwayne McDonald said Yang's death was "difficult to accept," citing the fact that she was a "loving wife, a sister, and a daughter" described as "kind and compassionate" by all.

"Const. Yang died bravely," he added. "She answered the call to duty today, and she paid the ultimate price."

Burnaby mayor Mike Hurley offered his condolences, and expressed gratitude towards the RCMP for the sacrifices they make to keep our communities safe.

"The worst thing that can happen is when a member shows up for duty in the morning and doesn't go home in the evening," he said. "It's going to take all of us, RCMP, all the members a long time to recover from that."

"I'm incredibly saddened to hear about the killing of a @BurnabyRCMP officer," Prime Minister Justin Trudeau tweeted. "My thoughts are with the family, friends, and colleagues of the fallen officer."

As CTV News reports, two investigations are underway, one into Yang's death by the Integrated Homicide Investigation Team, and another by the Independent Investigations Office into the shooting of Ham.