The person who defaced Washington DC’s Union Station with swastikas is an illegal migrant from Mexico with a lengthy criminal history. 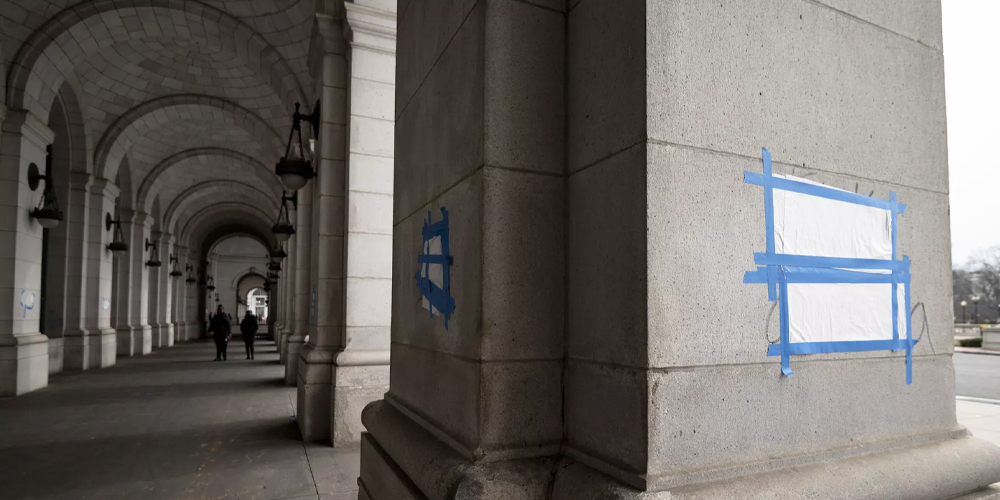 The person who defaced Washington DC’s Union Station with swastikas is an illegal migrant from Mexico with a lengthy criminal history. But even so, and despite being repeatedly apprehended by authorities, the suspected vandal doesn’t meet the Biden administration’s standards for deportation.

According to the Washington Examiner, suspect Geraldo Pando has a 15-year criminal history and had been previously deported twice from the United States. However, the current guidelines for ICE mean the agency won’t take Pando into federal custody or be deported.

Coincidentally, on Tuesday of this week the Republican National Committee criticized the DHS under the Biden White House for "giving a pass to illegal immigrants who commit felonies."

The outlet sourced Pando’s arrest records and his most recent previous infraction was vandalizing US Capitol Police headquarters a week beforehand. ICE on that occasion were also hands-off and Capitol Police simply let him go.

A timeline of Pando’s criminal history:

The 34-year-old was arrested on Friday for swastika vandalism hand-drawn through Washington, DC’s Union Station. The incident itself came immediately following the internationally recognized Holocaust Remembrance day. Amtrak classified the incident as "property damage" despite the symbols, which Amtrak spokesperson Kimberly Woods said were "hateful" in describing the incident.

"This administration’s poor policies and reluctance to remove criminals from our streets continue to result in additional harm to our country," said Republican Senator Rob Portman in a statement to the Washington Examiner.

In a recent meeting with border officials, DHS Secretary Mayorkas admitted the US - Mexico border crisis was "worse now than it, frankly, has been in at least 20 years, if not ever." This comes amid recently leaked footage showing federal contractors trafficking illegal immigrants in the middle of the night to various locations across the US.