Seattle school strike may be over as teachers union, city come to a deal

Students will be required to make up the missed days. 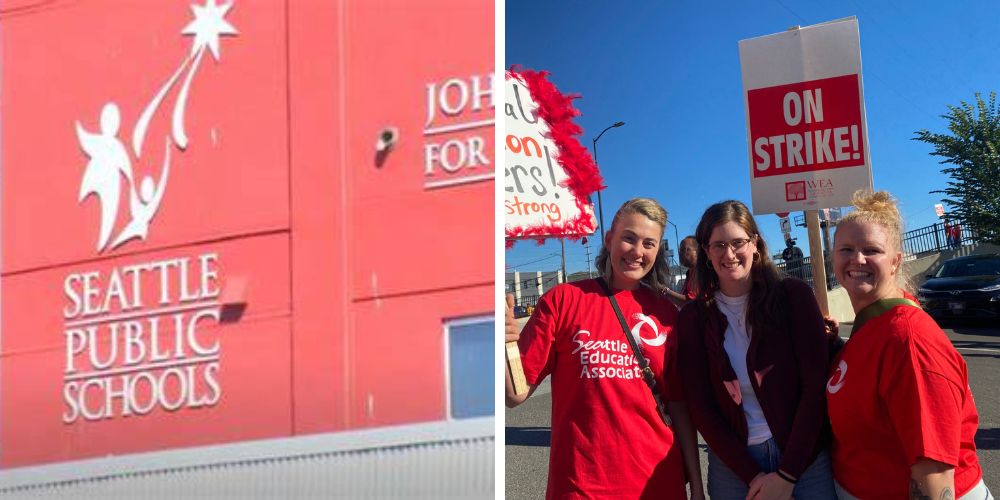 Ari Hoffman Seattle WA
Sep 13, 2022 minute read
ADVERTISEMENT
ADVERTISEMENT
Late Monday night, the Seattle Education Association teachers’ union announced that they had reached a tentative agreement with Seattle Public Schools, which could signal the end of a strike that canceled the first week of school.

A date for the start of school has not been announced but the new agreement will need to be approved by the union’s membership. A vote has been scheduled for Tuesday.

Seattle Public Schools has already announced Monday afternoon that there would be no school on Tuesday and district officials did not say when classes would begin after the tentative agreement was announced. Students will be required to make up the missed days.

Due to the strike, many families are struggling to find childcare.

The details of the agreement were not immediately released and according to union leadership, members of the union need to vote on it before the contract is released.

The union went on strike on Wednesday, which was scheduled to be the first day of school.

Though specifics of the deal were not released, union representatives and members have claimed that the issues with the negotiations involved more pay, smaller teacher-to-student ratios in special education, and multilingual programs among other points of contention.

Despite the reading and math proficiency of Washington state students dramatically falling since 2019, Seattle Public Schools previously proposed a budget that would give more money to racial equity programs than all language arts and STEM courses combined.