Rapper YG, who shamed a kid for not disavowing Trump, has been arrested

Rapper YG, short for Young Gangster, had Los Angeles County Sheriff deputies arrived at the rapper’s home this morning, as police say they have a search and arrest warrant related to a robbery case. 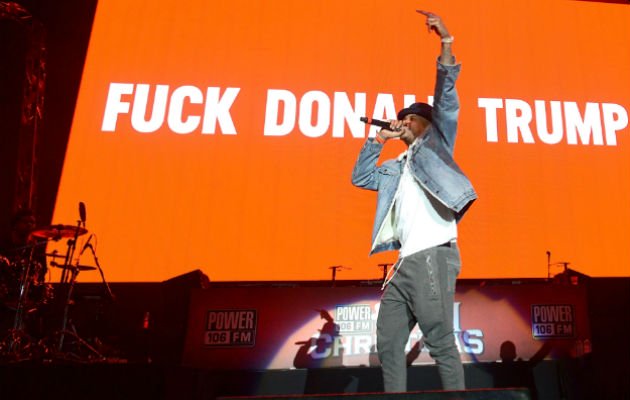 Rapper YG, short for Young Gangster, had Los Angeles County Sheriff deputies arrived at the rapper’s home this morning, as police say they have a search and arrest warrant related to a robbery case, according to TMZ.

The Sheriff’s department reportedly said they were close to cracking a murder case that has YG as a suspect, as the rapper’s van was involved in a police chase across Los Angeles that sadly ended in the death of a 65-year-old man biking through the city.

It’s currently unclear if the raid is related to the case.

The behaviour from YG, though, contradicts his public persona as a virtuous and highly moral person. Take for example the strong moral stance YG takes on the song “FDT,” short for Fuck Donald Trump.

Though the song is in line with the popular opinion of most rappers, YG took it one step further when he infamously publicly shamed then-17-year-old Austin Joyner at one of his concerts for refusing to yell the catchy chorus to his song. The boy, named Keenon Jackson, believes that he was singled out and brought on stage for his staying silent while the rest of the crowd chanted “Fuck Trump.”

The event was captured on video and went viral with TMZ reporting on the event. Joyner says “all I did was stand there.” He didn’t participate in the chant because he didn’t feel comfortable and as a result, he says he was hauled on stage and publicly humiliated.

Joyner stated then that he didn’t want to make any political statements.

Joyner respects freedom of speech but feels that YG “crossed a line” by trying to force him to say words on demand that he didn’t agree with. Joyner stated that “every person is entitled to their own beliefs, unfortunately not everyone respects that.”

Joyner later released a letter on Twitter giving his perspective, writing that he only spoke for himself, and not as the “white boy” that YG called him.