While Portland was ravaged by more than 70 violent days of riots, vandalism, and arson, The Washington Post published an Antifa fashion spread. 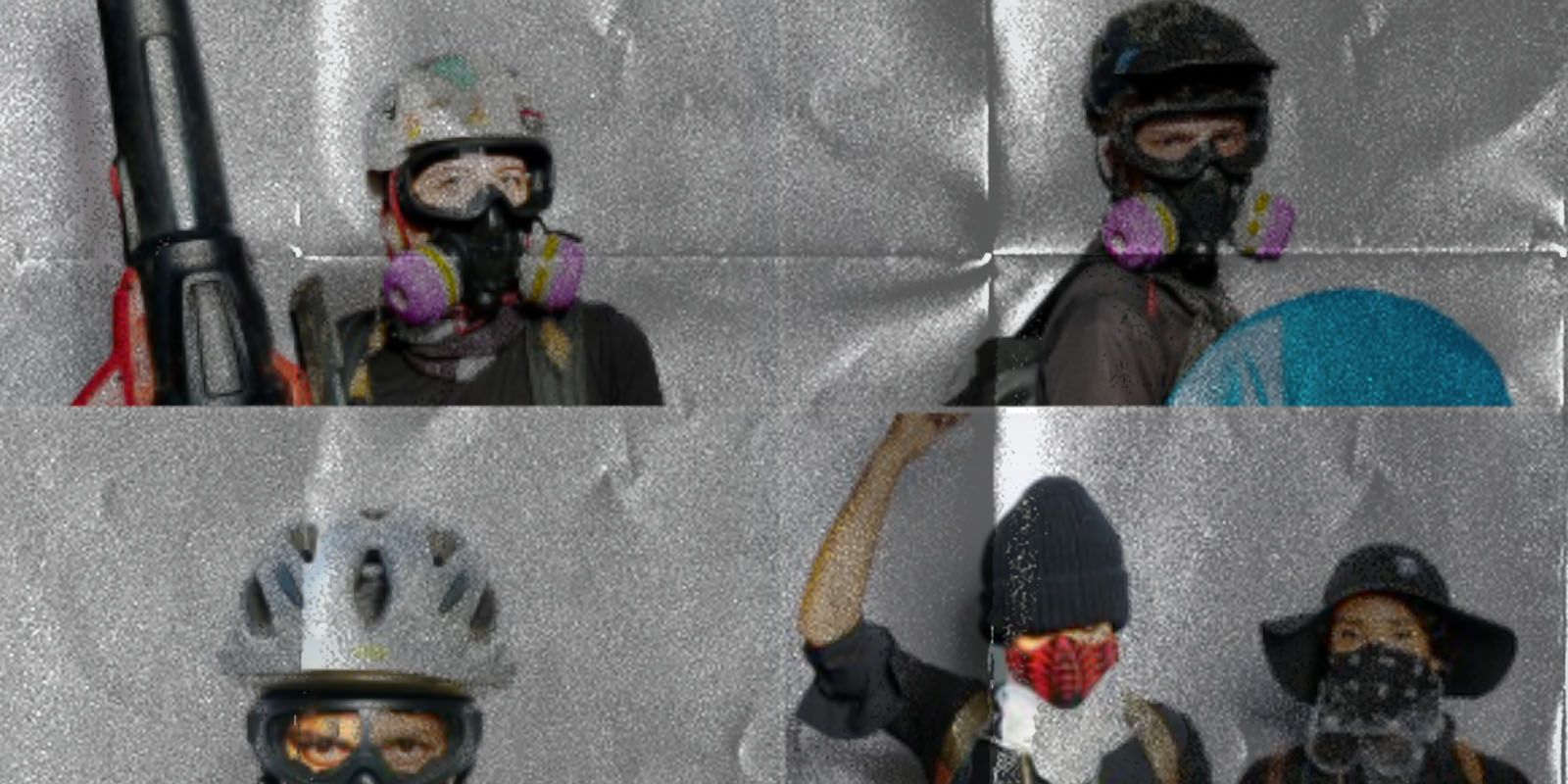 While Portland was ravaged by more than 70 violent days of riots, vandalism, and arson, The Washington Post published an Antifa fashion spread.

"Trump sent agents to quell unrest. But protest is what Portland does best," The Washington Post titled its August 8 headline.

The Post Millennial's editor-at-large Andy Ngo called out The Washington Post's newsroom for publishing a "glowing photo essay on Antifa riot fashion" and questioned the piece's author, Marissa Lang, and her editors.

The dystopian Marxist collection inserted professional postmodern photography of the tear-gassed and pepper-sprayed Brolutti family who took to the Justice Center, which houses the Multnomah County jail in downtown Portland. The layout displayed the individual family members first in their daily habitat and then posted up in front of a white backdrop in—almost comical—fighting stances.

65-year-old Toren Brolutti posed in her colourful union coalition t-shirt, wearing a pink helmet and adjusting her goggles and gas mask with her rubber-gloved fingers. She held a presumed saline bottle in her other hand—all to minimize the effects of crowd-control munition.

Her partner, 67-year-old Kim Brolutti, sported what looks like a bright orange prison jacket and convict identification in typewriter font over the chest pocket.

Their adult daughter, Maya, dressed in a drab all-black uniform, known as “black bloc” meant to anonymize its wearers, with similar protective gear. She also rested a statement piece on her hip, a leaf blower used to clear chemicals in the air. Her brother, Mischa, followed suit and carried a cliche yet creative makeshift blue shield, effortlessly pulling off the "misguided youth" image.

Lang then moved on to profile 39-year-old Mac Smiff, who has been attending Black Lives Matter events in Portland for more than six years. The "We Out Here" hip hop magazine editor-in-chief wrote "PRESS" on top of his helmet and sheltered a megaphone under his arm.

50-year-old army veteran Eric MacCartney, who joined the Wall of Vets outside the Mark O. Hatfield federal courthouse to create a human barrier between protestors and federal agents, double goggled while in an army t-shirt and green military helmet.

Wall of Moms co-founder Bev Barnum debuted in a bike helmet, grasping a full-body shield. Ri Smiff, a 36-year-old nurse and WoM member, robed in a Black Lives Matter t-shirt with the phrase embellished in a pattern across the front. Smiff really worked it in her blue light filter glasses.

She had began the expository project by detailing the first-hand accounts of 34-year-old lifelong Oregonian Kia Rae who attended Jesse Jackson rally in 1988, presumably at two-years-old.

"The children of Portland come of age clapping to protest songs and stomping their feet to chants for justice and peace," Lang wrote.

Rae's mother had even pulled her older sister Essence Bell out of school at age 11 to hear Angela Davis speak. “This is your real education,” she told her daughter. The girls were politically indoctrinated at a young age.

“I’ve always been passionate about politics, and our mom started talking to us about politics really young,” Rae told Lang, admitting that she cannot number the amount of protests she has attended. “In a way, this is the world I was born into."

The Afro-Indigenous sisters also appeared in the chic "black bloc" look with earplugs hanging around their necks. Rae and Belle each held the sage that they burn at the Portland protests to de-escalate tension and "bring a sense of calm," representing their culture and respectable and eclectic professions in horticulture, healing, and massage therapy.

"In this waterfront city, protests are as natural as the salmon swimming in the Willamette River," Lang proudly wrote as the unrelenting riots ravage the riverside city each night.

"This is what Portland does," Lang concluded.

As "anti-fascists" turn towards fashion, perhaps the subjects obtained their street thuggery glamour from numerous upscale clothing outlets that were looted over the past several weeks.