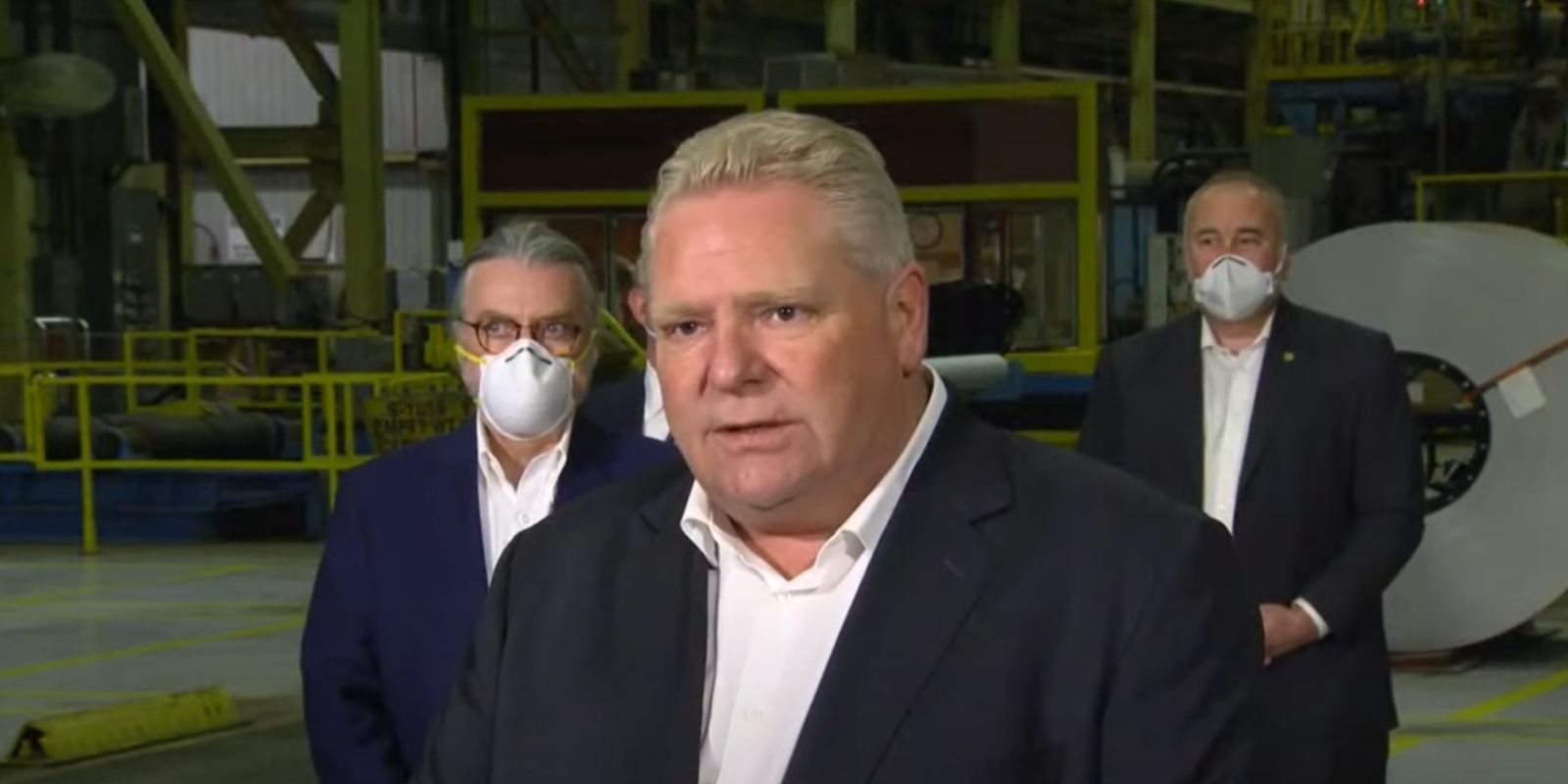 Ontario Premier Doug Ford gave his opinion on whether businesses should keep their vaccine passes in place after the province makes it optional to remove them.

Responding to questions from the media at a press conference on Tuesday, the premier said that he believed the market would dictate whether businesses would keep or remove the passes, but strongly suggested that it made more sense to remove them.

"You can go to Costco, Walmart, shopping—You don't know if the person has a shot besides you or not, but we also know that it doesn't matter if you have one shot or two shots, you can catch COVID.

"[Prime Minister Justin Trudeau] is triple [vaccinated]. I know hundreds of people, three shots, that caught COVID. We just have to be careful, we have to be sure we wash our hands and move forward.

Ford said that it did not make sense to keep COVID restrictions in place "forever," and urged people to learn to live with the province so that people could get on with their lives.

"They want to be able to go for dinner with their families, and there's every single person, including myself, that knows people who are unvaccinated.

"There's the rabble-rousers, and then there's just hardworking people that don't believe in it. That's their choice. This is about, a democracy with freedoms and liberties, and I hate as a government telling anyone what to do. We just have to get moving forward and get out of this and protect the jobs.