Former Calgary Flames superstar Theo Fleury sat down with Tucker Carlson to discuss the creeping threat of authoritarianism in Canada. 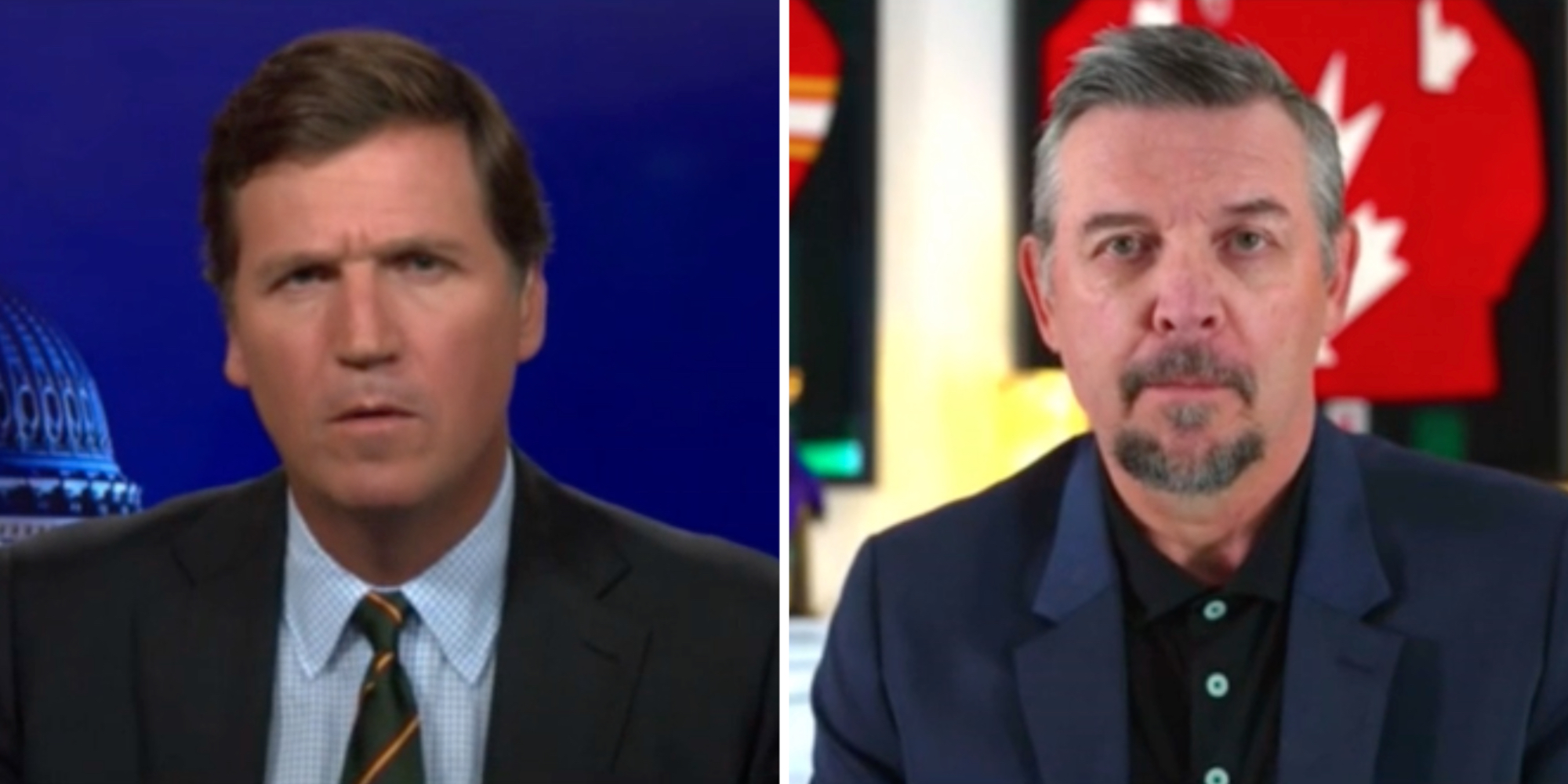 Former Calgary Flames superstar Theo Fleury sat down with Tucker Carlson to discuss the creeping threat of authoritarianism in Canada.

Over the past few years, the actions taken by Prime Minister Justin Trudeau have caused many to wake up to the reality that Canada is not immune to government overreach.

NHL great and current media director for Canadians for Truth, Theo Fleury, has long been one of Trudeau's toughest critics. He sat down with Tucker Carlson on Wednesday to discuss the threat posed by his nation's leader.

"This ideology has been tried twenty-four times in the history of the planet," Fleury began, speaking of the "communist, globalist agenda," "and the only thing that comes out of it is death."

"What we're seeing right now," he continued, "is we're seeing the insane running the asylum, and we're headed down a wrong road and a wrong path right now."

Carlson suggested that Trudeau had his priorities wrong when he instituted a "national freeze" on handguns, but allowed BC to decriminalize certain drugs.

"That doesn't wake Canadians up to the reality of this guy's maliciousness?"

"Well you would hope it would," Fleury replied, before diving into his experience in the field of trauma, mental health, and addiction.

"The underlying theme is trauma," he said. "I believe that every single issue we have in society starts with trauma."

Fleury described what has happened in Canada over the past three years as "systemic trauma and systemic abuse caused by the government."

He decried the spike in mental health problems, opioid use, and suicides, accusing the government of "causing as much chaos and trauma as they possibly can."

"We're gonna have people have PTSD from the last three years because of what's going on."

Fleury then went after the World Economic Forum, accusing them of being in control of the nation. "The great reset—whatever the hell you want to call it—it is happening in Canada ... and it's gotta stop."