"Thank you for your retraction. We should meet for a coffee. Let's try to find common ground," Fox wrote to Abbey. 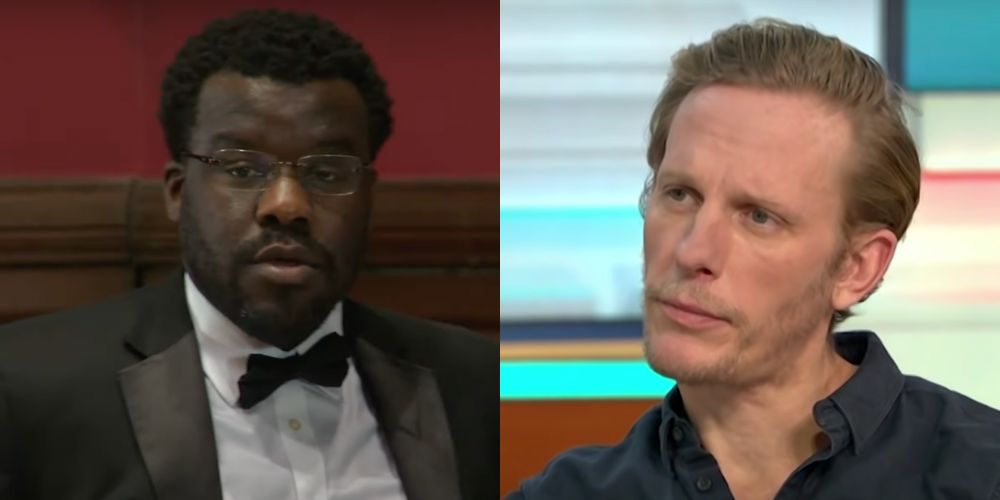 Author and critical race theorist Nels Abbey lashed out on Twitter to call actor Laurence Fox an "open, honest and obvious" racist. But as soon as Fox hit back, Nels issued an immediate retraction.

Abbey's comments came from August of last year when he linked to images of Fox appearing with Conservative commentator and Anglican Deacon Calvin Robinson, who was run out of the church by those higher-ups who were concerned that Robinson doesn't see England as a fundamentally racist country. Robinson is black.

"Laurene Fox is more open, honest and obvious a racist than many of the nation's bluechip racists in the BNP and EDL ever were," Abbey wrote with the images. "Calvin Robinson on the other hand is either a race-'grande horizontale' who leases his blackness to racists… or just a basic racist."

Subsequently the CRT proponent made his account private and protected his tweets.

A year later, on Sunday, Fox was made aware of the comments and connected to Abbey through an alternate account.

"Hey @nelsabbey I am Laurence’s alternate account. I suggest you fully retract your grossly defamatory tweet and apologise, or get a crowdfunder going. You have 24 hours, or you will be hearing from my lawyers," Fox wrote directly Abbey while writing, "The days of shutting down free expression by calling people a racist are finished. This man has 24 hours to sincerely apologise or he becomes involved in the most expensive legal action of his life. @BadLawTeam," on his public account.

Within minutes CRT oriented author Abbey posted on Twitter that he apologized to both Fox and Robinson for calling them racists and retracted his comments.

Critical Race Theory (CRT) is an activist movement popularized by Jean Stefancic and Richard Delgado which posits any statistical disparity among ethnic groups is hard evidence of racism.

CRT simultaneously argues race is a social construct but endemic to American society. It's a form of racial essentialism that defines individuals by their racial and ethnic identity groups and then assigns them a place within structures and hierarchies of power.

As Florida Governor Ron DeSantis has noted, its origins lay within cultural Marxism and its effect is to "tear at the fabric of our society and our culture." DeSantis has further noted that CRT and anti-racism at the institutional level is "state-sanctioned racism" designed to teach American kids "to hate our country or to hate each other."

Fox ended the exchange with this direct message to Abbey, "Thank you for your retraction. We should meet for a coffee. Let's try to find common ground."