Betsy Johnson, a former Democratic state legislator turned Independent, is polling significantly lower than her opponents, though she may have enough support to siphon a large chunk of potential votes from progressive candidate Tina Kotek. 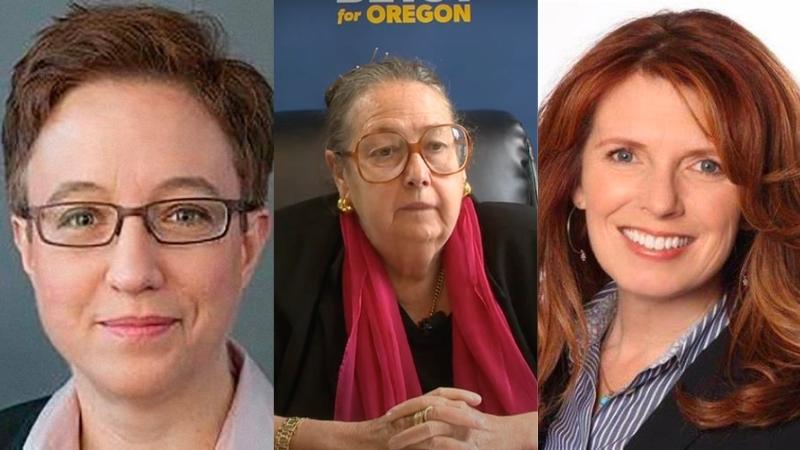 A third-party candidate for Oregon's governorship, Betsy Johnson, may prove to be harmful to the Democratic Party, which has held on to the state's executive and legislative branches for decades.

Johnson, a former Democratic state legislator turned Independent, is polling significantly lower than her opponents, though she may have enough support to siphon a large chunk of potential votes from progressive candidate Tina Kotek.


With just over three weeks to go until Election Day, the race between Kotek and Republican nominee Christine Drazan has grown tighter, and the fingers are pointing at Johnson as the cause. The unaffiliated candidate, who is both pro-gun rights and pro-abortion rights, is polling at 16.4 percent according to FiveThirtyEight. For a third party candidate, this is noteworthy.

Johnson, feeling disenfranchised by the modern Democratic Party, has attacked Kotek on multiple pressing issues, including the increased crime and homelessness in Oregon. According to the former state senator, Kotek would only exacerbate the problems of her predecessor, current Oregon Governor Kate Brown.

"Tina Kotek will only make things worse. Over the past eight years, Brown and Kotek have either led the effort or stood by in silence as violent criminals have been released from state prisons; police departments defunded; mobs, riots and extremist groups allowed to take over streets; public and private property willfully destroyed; and hard drugs – like heroin and fentanyl – made easily bought, sold, stolen, and used on our streets," she wrote.

The ex-Democrat also made sure to highlight the importance of compromising on important issues such as gun safety, unlike the "far-left" Kotek.

"As a Second Amendment supporter, I have the credibility to find common ground on gun safety while far-left Tina Kotek will only drive people further apart," Johnson's website reads.

While Kotek and Drazan are still polling much higher, with 38 percent and 44 percent respectively in an Oct. 8 Clout Research poll, Johnson's group of moderate supporters may cause a Republican to become governor for the first time in the last generation.

Johnson appeals to "people who have perhaps lost confidence in Democrats in Oregon amid the public safety issues, but who aren’t at all ready to vote for a Republican," said University of Oregon political scientist Neil O'Brian to NBC News.

"She can kind of signal to these people, 'Even though I'm running as an Independent, I'm still kind of a Democrat, and I'm certainly not running as far to the right as Drazan,'" O'Brian continued, adding "It's a political in-between that really shakes things up."

According to Republican political strategist Rebecca Tweed, Johnson may have changed the predictable outcome of the race.

"Had she [Johnson] not run, it wouldn't have been such a competitive race. Oregon has been very blue for a very long time," Tweed said.