Biden is paying more than $500,000 for research to "protect online users from discriminatory language." 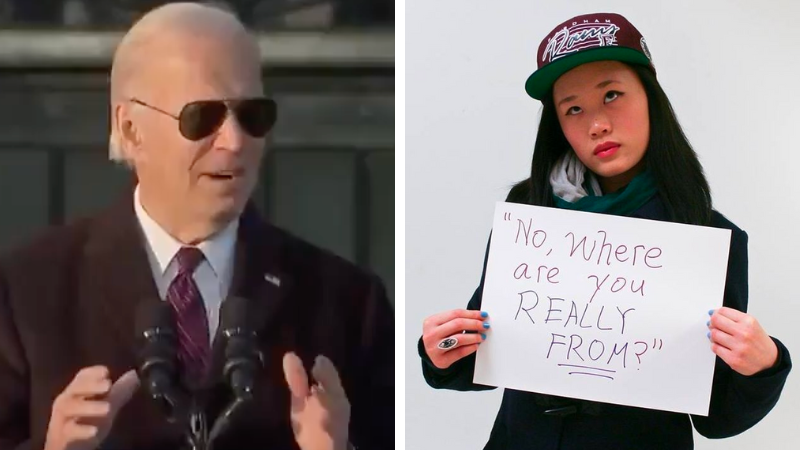 The various installments of the Twitter Files have revealed that the Biden regime was in extremely close contact with social media companies, and now it is further shown that the administration has been funding an AI language model that would detect "microagressions" on those platforms, and suppress them.

Biden is paying more than $500,000 for research to "protect online users from discriminatory language," The Washington Free Beacon reports, having dug into the massive spending package Biden forced through, with no GOP support, in the spring.

The research is being done at the University of Washington and began in March with funding from Biden's much touted American Rescue Plan, which cost the American taxpayers $1.9 trillion. He has praised this plan as a massive boon to the public, despite it also funding plans to squash their free speech online.

A new installment of the Twitter Files released Saturday revealed that Biden was using Twitter and other social media platforms to censor criticism of Ukraine, praise of Venezuela's Maduro, and factual reporting on revelations of influence peddling in the Biden family obtained in his son's laptop.

Things that have recently been determined to be microaggressions are: asking a person of a minority group where they are from, saying that you "don't see color" in terms of racial designations, promoting merit based achievement, or "naming rooms and buildings after white men."

$132,000 has already gone to the University of Washington and, over the next five years, they are due to receive a total sum of $550,436 in grant money from the National Science Foundation (NSF).

It is unclear if social media companies would be required to use this language model, but in effect, what it would do is weed out language that could be considered offensive to "marginalized groups."

Rand Paul recently revealed the NSF also funded a Georgia Tech project that researched whether the Marvel character Thanos could really have snapped his fingers while wearing the Infinity Gauntlet.

A spokesman for the NSF said of the microaggression project that it "does not attempt to hamper free speech."

Yulia Tsvetkov, a computer science professor at the University of Washington, is the lead on the project and coauthored the 2019 study "Finding Microaggressions in the Wild," which defined microaggressions as "subtle, often veiled manifestations of human biases" and claimed that there are no "differences in treatment" based on merit and that every interaction between the races is a manifestation of marginalization and oppression.

The concept of microaggressions are an outgrowth of Critical Race Theory, which  is a form of racial essentialism that defines individuals by their racial and ethnic identity groups and then assigns them a place within structures and hierarchies of power. CRT is itself a byproduct of Marxism and the application of microaggressions is a tool to control and censor speech, which is common in that ideology