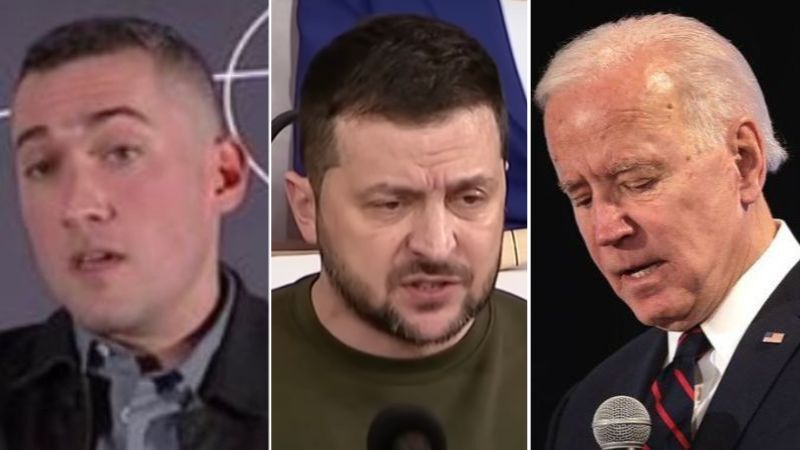 Joshua Young Youngsville North Carolina
Dec 24, 2022 minute read
ADVERTISEMENT
ADVERTISEMENT
On Saturday, journalist Matt Taibbi released another installment of the Twitter files which showed that the US government was in "constant contact" with a large number of tech firms in their coordinated efforts towards censorship, specifially targeting accounts that were critical of Ukraine or the Covid vaccine.


"2.It didn't refute allegations. Instead, it decried 'conspiracy theorists' publishing 'misinformation,' whose 'sole aim' is to 'discredit the agency'."

"3.They must think us unambitious, if our 'sole aim' is to discredit the FBI. After all, a whole range of government agencies discredit themselves in the #TwitterFiles. Why stop with one?"

"4.The files show the FBI acting as doorman to a vast program of social media surveillance and censorship, encompassing agencies across the federal government – from the State Department to the Pentagon to the CIA."

"5.The operation is far bigger than the reported 80 members of the Foreign Influence Task Force (FITF), which also facilitates requests from a wide array of smaller actors - from local cops to media to state governments"

"6.Twitter had so much contact with so many agencies that executives lost track. Is today the DOD, and tomorrow the FBI? Is it the weekly call, or the monthly meeting? It was dizzying."

"7.A chief end result was that thousands of official 'reports' flowed to Twitter from all over, through the FITF and the FBI’s San Francisco field office."

"8.On June 29th, 2020, San Francisco FBI agent Elvis Chan wrote to pair of Twitter execs asking if he could invite an “OGA” to an upcoming conference:

"9.OGA, or 'Other Government Organization,' can be a euphemism for CIA, according to multiple former intelligence officials and contractors. Chuckles one: 'They think it's mysterious, but it's just conspicuous'."

"10.'Other Government Agency (the place where I worked for 27 years),' says retired CIA officer Ray McGovern."

"11. It was an open secret at Twitter that one of its executives was ex-CIA, which is why Chan referred to that executive's 'former employer'."

"12.The first Twitter executive abandoned any pretense to stealth and emailed that the employee 'used to work for the CIA, so that is Elvis's question'."

"13.Senior legal executive Stacia Cardille, whose alertness stood out among Twitter leaders, replied, 'I know' and 'I thought my silence was understood'."

"15.'I invited the FBI and the CIA virtually will attend too,' Cardille says to Baker, adding pointedly: 'No need for you to attend'."

"16.The government was in constant contact not just with Twitter but with virtually every major tech firm."

"18.One of the most common forums was a regular meeting of the multi-agency Foreign Influence Task Force (FITF), attended by spates of executives, FBI personnel, and – nearly always – one or two attendees marked 'OGA.'"

"19.The FITF meeting agendas virtually always included, at or near the beginning, an “OGA briefing,” usually about foreign matters (hold that thought)."

"20. Despite its official remit being 'Foreign Influence,' the FITF and the SF FBI office became conduit for mountains of domestic moderation requests, from state governments, even local police:"

"21. Many requests arrived via Teleporter, a one-way platform in which many communications were timed to vanish:"

"22.Especially as the election approached in 2020, the FITF/FBI overwhelmed Twitter with requests, sending lists of hundreds of problem accounts:"

"23. Email after email came from the San Francisco office heading into the election, often adorned with an Excel attachment:"

"24. There were so many government requests, Twitter employees had to improvise a system for prioritizing/triaging them:"

"25. The FBI was clearly tailoring searches to Twitter’s policies. FBI complaints were almost always depicted somewhere as a 'possible terms of service violation," even in the subject line:"

"27. 'They have some folks in the Baltimore field office and at HQ that are just doing keyword searches for violations. This is probably the 10th request I have dealt with in the last 5 days,' remarked Cardill"

"28. Even ex-FBI lawyer Jim Baker agreed: 'Odd that they are searching for violations of our policies.'"

"29.The New York FBI office even sent requests for the 'user IDs and handles' of a long list of accounts named in a Daily Beast article. Senior executives say they are 'supportive' and 'completely comfortable' doing so."

"30. It seemed to strike no one as strange that a 'Foreign Influence' task force was forwarding thousands of mostly domestic reports, along with the DHS, about the fringiest material:"

"31. 'Foreign meddling' had been the ostensible justification for expanded moderation since platforms like Twitter were dragged to the Hill by the Senate in 2017:"

"32. Yet behind the scenes, Twitter executives struggled against government claims of foreign interference supposedly occurring on their platform and others:"

"33. The #TwitterFiles show execs under constant pressure to validate theories of foreign influence – and unable to find evidence for key assertions."

"34. 'Found no links to Russia,' says one analyst, but suggests he could 'brainstorm' to 'find a stronger connection.'"

"35. 'Extremely tenuous circumstantial chance of being related,' says another."

"36. 'No real matches using the info,' says former Trust and Safety chief Yoel Roth in another case, noting some links were 'clearly Russian,' but another was a “house rental in South Carolina?"

"37. In another case, Roth concludes a series of Venezuelan pro-Maduro accounts are unrelated to Russia’s Internet Research Agency, because they’re too high-volume:"

"38.The Venezuelans 'were extremely high-volume tweeters… pretty uncharacteristic of a lot of the other IRA activity,' Roth says."

"39. In a key email, news that the State Department was making a wobbly public assertion of Russian influence led an exec – the same one with the 'OGA' past - to make a damning admission:"

"40. 'Due to a lack of technical evidence on our end, I've generally left it be, waiting for more evidence,' he says. 'Our window on that is closing, given that government partners are becoming more aggressive on attribution.'"

"42. 'Other Government Agencies' ended up sharing intelligence through the FBI and FITF not just with Twitter, but with Yahoo!, Twitch, Clouldfare, LinkedIn, even Wikimedia:"

"43. Former CIA agent and whistleblower John Kiriakou believes he recognizes the formatting of these reports."

"44.'Looks right on to me,' Kiriakou says, noting that 'what was cut off above [the 'tearline'] was the originating CIA office and all the copied offices."

"45. Many people wonder if Internet platforms receive direction from intelligence agencies about moderation of foreign policy news stories. It appears Twitter did, in some cases by way of the FITF/FBI."

"46. These reports are far more factually controversial than domestic counterparts."

"47. One intel report lists accounts tied to 'Ukraine 'neo-Nazi' Propaganda.' This includes assertions that Joe Biden helped orchestrate a coup in 2014 and 'put his son on the board of Burisma.'"

"48. Another report asserts a list of accounts accusing the 'Biden administration' of 'corruption' in vaccine distribution are part of a Russian influence campaign:"

"49. Often intelligence came in the form of brief reports, followed by long lists of accounts simply deemed to be pro-Maduro, pro-Cuba, pro-Russia, etc. This one batch had over 1000 accounts marked for digital execution:"

"51. Intel about the shady origin of these accounts might be true. But so might at least some of the information in them – about neo-Nazis, rights abuses in Donbas, even about our own government. Should we block such material?"

"52. This is a difficult speech dilemma. Should the government be allowed to try to prevent Americans (and others) from seeing pro-Maduro or anti-Ukrainian accounts?"

"54. Sometimes - not always -Twitter and YouTube blocked the accounts. But now we know for sure what Roth meant by 'the Bureau (and by extension the IC).'"

"55. The line between 'misinformation' and 'distorting propaganda' is thin. Are we comfortable with so many companies receiving so many reports from a 'more aggressive' government?"

"56.The CIA has yet to comment on the nature of its relationship to tech companies like Twitter. Twitter had no input into anything I did or wrote. The searches were carried out by third parties, so what I saw could be limited."

"Watch @bariweiss,b@shellenbergerMD, @lhfang, and this space for more, on issues ranging from Covid-19 to Twitter's relationship to congress, and more."

The Twitter Files have been a series of reports concerning the company's efforts towards censorship and information suppression. Matt Taibbi tweeted out the round 1 of the Twitter files on December 2, which revealed the deliberate efforts behind-the-scenes at Twitter to censor stories around Hunter Biden's "laptop from hell. Round 2 of the Twitter files came via Bari Weiss on December 8 and confirmed that leadership at the social media platform built blacklists and participated in shadow banning for years under the watch of Vijaya Gadde, former Twitter lead counsel. Taibbi tweeted out the third installment on December 10. Michael Shellenberger posted round 4 on December 10, which showed  former head of Twitter Trust and Safety Yoel Roth devised a justification to ban the sitting president but bypassed it in an ad hoc fashion to suspend Trump on January 8. Weiss sent out round 5 on December 12 which showed how Twitter employees labelled Trump a "terrorist" to justify the ban. On December 16, Taibbi published round six which covered the collusion between the social media giant and the FBI, with Taibbi saying the government agency acted as a "subsidiary" for the company before Elon Musk's takeover. He tweeted a supplemental installment on December 19, which showed how the FBI pressured Twitter to find evidence of foreign influence on the platform, despite Twitter having said that what the FBI was looking for was not extant.
ADVERTISEMENT
ADVERTISEMENT
twitter roth