During her speech, one of the organizers said "We are standing here to tell the Chinese Communist Party that no amount of suppression and repression will silence us." 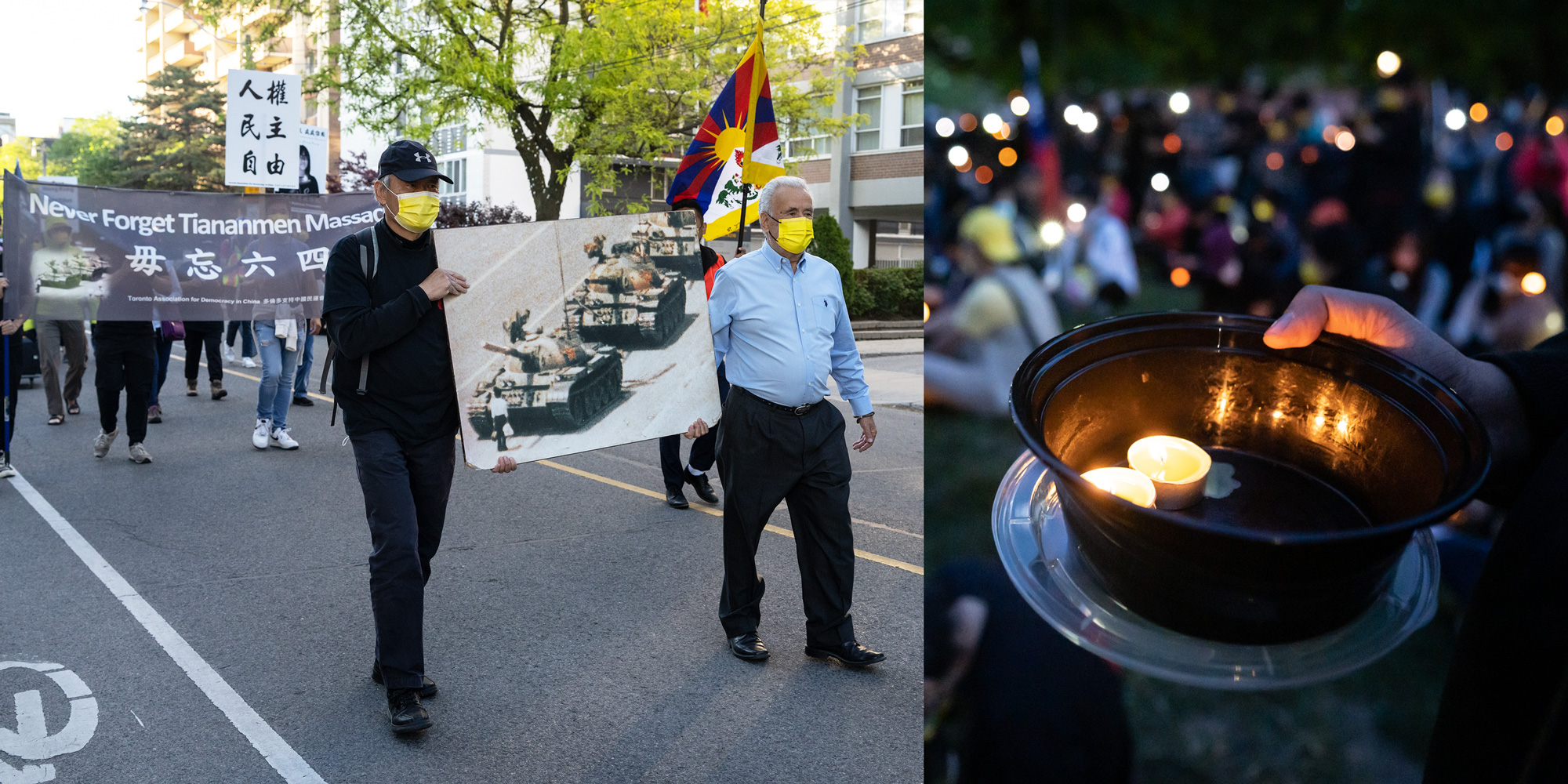 2000 people gathered in Toronto on Saturday to remember the 33rd anniversary of the Tiananmen Square massacre. This comes as the Chinese Communist Party banned the world's largest candlelight vigil for Tiananmen Square at Victoria Park in Hong Kong for the 3rd year in a row.

The event was organized by Sheng Xue from the Federation for a Democratic China, and Winnie Ng, chairperson for the Toronto Association for Democracy in China.

"As much as it has been a solemn event of remembering, at the same time it’s also a very hopeful event after all these years. It's been 33 years. We resist, and we refuse to forget," Ng said. "It’s important for us to carry the responsibility of remembering."

The event began with several hundred people gathering outside the Chinese consulate to condemn the Chinese Communist Party not just for the 1989 Tiananmen Square massacre, but for its repeated and ongoing human rights violations.

During her speech, Ng said "We are standing here to tell the Chinese Communist Party that no amount of suppression and repression will silence us."

"We will be back again and again! We will uphold the flame of justice, democracy, and freedom."

The group then marched to the University of Toronto’s Tiananmen Square memorial where they were met by more people for the vigil itself.

Among the second group of speakers was Egyptian human rights advocate Majed El Shafie, founder of One Free World International.

"This can be just another demonstration, just another memory, and every one of us will just go home and forget all about it and we'll meet next year. Or this can be another movement, this can be the one that will ignite true change in China," El Shafie said.

He continued: "There is nothing stronger than the free will of the people. Freedom is bulletproof. They cannot kill us all. They cannot put us all in prison. We have to stand strong against this violation, this violence, this persecution, this dictatorship."

He also called on the Canadian government to take more action against the Chinese Communist Party.

The event concluded with the crowd singing "Glory to Hong Kong," a song which has been banned by the Chinese Communist Party. One speaker acknowledged that there were people from many different countries present, and asked them to "imagine a face that you miss and you really want to be free, and we can sing this song with these people's faces in our hearts."

Attendees then placed flowers in remembrance.