Videos with the hashtag “Trans” have been watched more than 26 billion times. 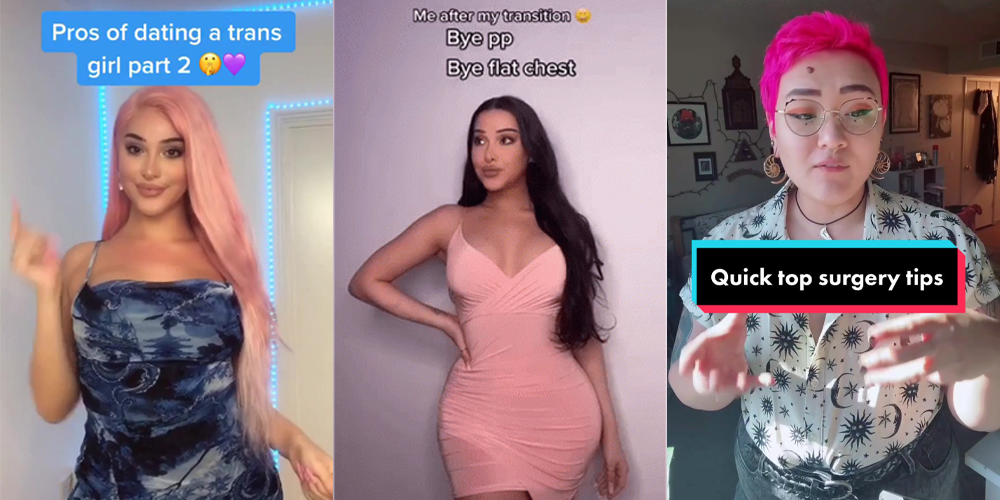 Video sharing social media app TikTok was the number one most visited website in 2021, surpassing Instagram and Snapchat in terms of internet traffic. The app, which is popular among teenagers and young adults, who make up the majority of its userbase, has been central to the popularity of transgenderism in youth.

According to a report by the Daily Mail, content posted by transgender influencers and trans allies have been seen by millions of young viewers – videos with the hashtag "Trans" have been watched more than 26 billion times, as of last weekend.

"One popular transgender TikTok influencer, Bella Fitzpatrick, raised £20,000 from followers in less than three months to fund private gender-reassignment surgery. The 19-year-old has 700,000 followers and explains the process of transitioning, including her experience of bypassing NHS waiting lists.

Another is Alex Consani, 18, who has more than 680,000 followers. She went viral five years ago when, aged 12, Cosmopolitan magazine featured her life as a trans model. One of her videos, seen 2.3 million times, tells followers they are ‘one oestrogen pill away from a glow up’. A 'glow up' is a mental, physical and emotional transformation for the better.

A channel featuring influencer Jaison Jowett shows the process of transitioning and carrying out reassignment surgery. One video includes the caption 'Heal with me after top surgery!' — a reference to a reconstructive chest operation.

Another video begins with the words 'I used to be a good Christian kid' before showing the transformation to a ‘trans, gay atheist who loves tattoos and chaos'."

According to the publication, TikTok has partnered with the LGBTQ organization Stonewall to promote the material.

"We are honored that the LGBTQ+ community has embraced TikTok from our very early days, as a platform for self-expression, education, community-building and joy," said a TikTok spokesman.

A spokesman for Stonewall said: "Our content allows young LGBTQ+ people to know that they are not alone in their experiences."

In 2020, then President Donald Trump announced that the US government was moving to ban TikTok and demanded that ByteDance, the app’s Chinese owner, to destroy all stored data, The Post Millennial reported.

In June, President Joe Biden dropped Trump’s attempted TikTok ban, and announced that his administration would embark on its own review of the relationship between the Chinese Communist Party and the social media app.