It’s Trump vs. Thunberg in Time Magazine’s Person of the Year

Time Magazine has released its five-person shortlist for Person of the Year. Two on that list are household names—Donald Trump and Greta Thunberg. 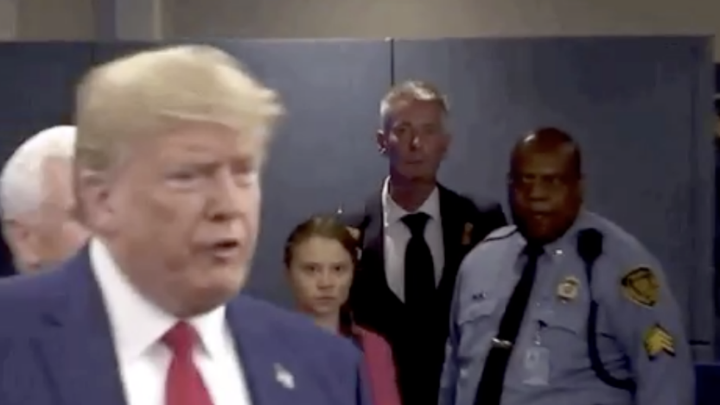 Time Magazine has released its five-person shortlist for Person of the Year. Two names on that list are surely household at this point—Donald Trump and Greta Thunberg.

The other three “people” are U.S. House Speaker Nancy Pelosi, the anonymous CIA official who began kickstarting the impeachment proceedings and the Hong Kong protesters.

The two names getting the most attention, of course, is the aforementioned U.S. president and presently the most well-known climate change activist on the planet.

It’s the first time Greta Thunberg has been nominated and a fifth time for Trump.  The president has managed to make the shortlist every year since 2015 even winning the title in 2016 on account of Time’s tradition of awarding the incoming president.

The above was a tweet from Trump dating back to 2017. Time Magazine opted to dedicate the title to the #MeToo movement and honour the women who had spoken out against sexual harassment and abuse.

Thunberg had been nominated for a Nobel Peace Prize earlier this year, a feat that Trump could not claim for himself, although he has lamented his lack of nomination on several occasions.  This year’s Nobel went to Ethiopia Prime Minister Abiy Ahmed for his efforts in resolving his country’s border conflict with Eritrea.

Now the two will go head to head in all-out battle to be Person of the Year according to Time Magazine alongside the three others of course.

Personally, I’d give it to the protesters in Hong Kong who are risking their lives to stand up for democracy.

What do you think?

Who should win the TIME person of the year? *

The Hong Kong ProtestersWho Should Be TIME's Person of the Year for 2019? We want to hear from you! Cast your vote for the person or group of people who had the greatest influence on the events of the year—for better or worse.