Celebrities who have publicly given their support to Mermaids over the years include Alexandria Ocasio-Cortez, Harry Potter star Emma Watson, and The Duke and Duchess of Sussex 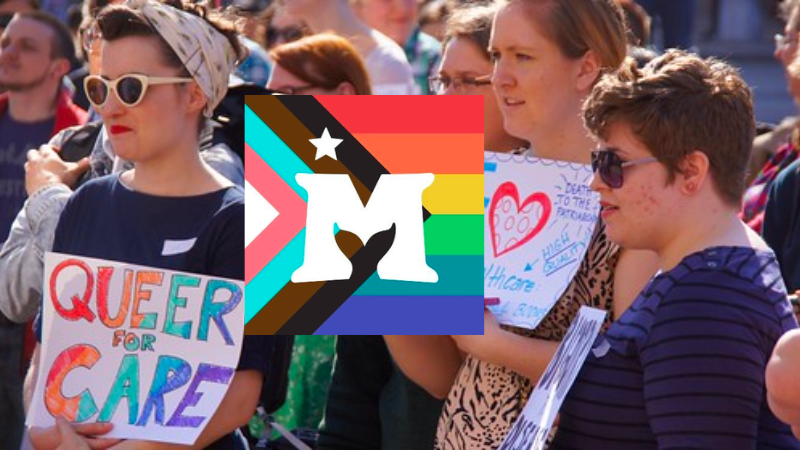 Mia Ashton Montreal QC
Sep 28, 2022 minute read
ADVERTISEMENT
ADVERTISEMENT
The UK charity Mermaids is facing scrutiny from The Charity Commission after it was revealed to be giving dangerous chest compression devices to 14-year-old biological girls who believe themselves to be boys, resulting in many saying that those who have unquestioningly supported the charity over the years should feel ashamed.

An investigation by The Telegraph revealed that a Mermaids worker offered to send a breast binder in discreet packaging to an undercover investigator who was posing as a 14-year-old girl after the investigator had explicitly stated that her mother would not allow her to use one. Target sells breast binders, while some schools offer them with "gender expression kits." Others offer a gender "transition closet," where students can secretly obtain breast binders without their parents knowing.

“There are a lot of people in the NHS [National Health Service] and in government who should feel deeply ashamed of their role in this,” said Sonia Sodha, columnist for the Observer.

“Not to mention corporations and celebrities who’ve been cheering Mermaids on without doing the slightest bit of due diligence,” replied JK Rowling.

Celebrities who have publicly given their support to Mermaids over the years include Alexandria Ocasio-Cortez, Harry Potter star Emma Watson, and The Duke and Duchess of Sussex, reports The Daily Mail.

Numerous studies have shown breast binders to be harmful, with one showing that 97 percent of adult wearers experienced one or more negative effects such as pain, muscle wasting, spine changes, rib fractures, headaches, and respiratory issues. Another found a similar array of negative effects and showed that some of these health issues do not show up for years.

No studies have been done on minors due to ethical concerns.

Mermaids has been running a free “binder scheme” since at least 2019, the Telegraph reported. However, this sort of service is far from rare. Charities and nonprofit organizations in many countries offer similar schemes. Point of Pride in Oregon provides free “chest binders to trans people who cannot otherwise afford or safely obtain them” and the Flamingo Market in Toronto offers the same service with its BindersOUT scheme. These are just two of many.

According to The Daily Mail, in 2019, Prince Harry met with Mermaids CEO Susie Green to discuss highlighting their 'important' work. Green later described the support from the Duke of Sussex as "hugely beneficial."

In 2009, Green took her biological male child, Jackie, to Thailand for sex-reassignment surgery as a 16th birthday present. When discussing the child’s penile inversion with friends, she joked about how "there wasn’t much there to work with" because Jackie had been on puberty blockers from a very young age and hadn’t developed sufficiently. She had obtained the puberty blockers online from a doctor in the US because at the time they were unavailable in the UK.

Further evidence obtained by the Telegraph shows that binders are being offered to girls as young as 13, who said their parents didn’t approve; 13-year-olds being given medical advice stating that puberty blockers are safe and “totally reversible”, as well as another 13-year-old being congratulated by a moderator for deciding they are transgender and announcing that they wanted drugs and “all the surgeries.”

The Telegraph has also seen evidence of a Mermaids staff member telling a 14-year-old boy that they have been on puberty blockers for "many years" and "have never had a problem," and despite admitting that they are not medically qualified, they add that the drugs "halt puberty and if they come off them it carries on."

Side effects of puberty blockers include brain swelling and blindness. The manufacturer of one brand, Lupron, does not recommend them for more than 3 months, and has not recommended them to treat gender dysphoria.

Another charity worker is seen telling a teenager that puberty blockers "simply suppress the onset of puberty until you are ready to make a decision how to go forward." The worker added the assurance that "they are totally reversible."

This revelation comes just two weeks after Dr. Belinda Bell, Chair of trustees of Mermaids testified in court that the charity does not "do medical stuff" and they "do not treat gender dysphoria."

There is a growing body of research to show that puberty blockers are neither safe nor fully reversible. The list of harmful side effects now includes a serious condition involving a dangerous surge of spinal fluid pressure in the brain which produces symptoms including permanent vision loss.

Within the moderated chat forums on the Mermaids website, describes as "a safe place for transgender …  young people to find support and help one another," teenagers also give each other advice on how to lie to medical professionals in order to get on puberty blockers, share tips on the best way to take testosterone and how to bind their breasts, and offer advice on how to raise money to go abroad to start hormone treatment.