"I socially transitioned at 4 years old, legally at 6 years old and I am being monitored and hoping to get hormone blockers soon!" says Noella. 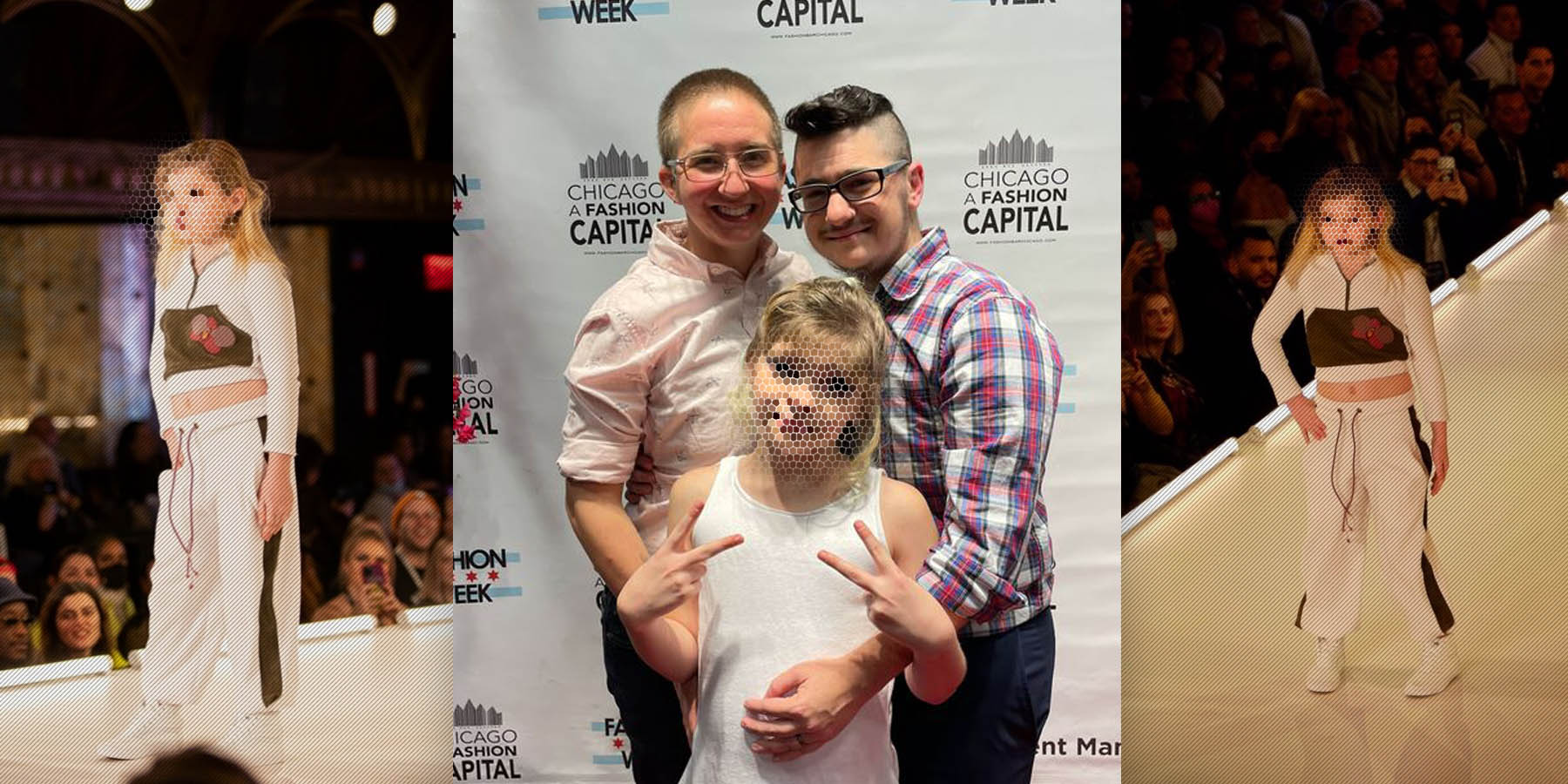 Recent reporting from Reduxx magazine on the 10-year-old "youngest trans model" has uncovered revealing information about the child's family. Noella McMaher, a trans-identified male, belongs to two trans-identified female parents, who additionally have a nonbinary "theybie."

"Both of my parents are trans-masculine. We are one big queer family!" reads Noella's profile on a LGBTQ+ online community.

Noella McMaher was a model at New York Fashion Week representing the Trans* Clothing Company brand in February, but has made headlines this past week after it was announced that the 10-year-old has been signed for additional modeling gigs until November.

Reduxx reported on information collected from a now private social media profile, that Noella’s biological mother, Dee McMaher, is "a social justice advocate who identifies as non-binary, appears to be on hormone replacement therapy, and recently had a cosmetic mastectomy."

McMaher, 35, and her partner Ray, 32, recently wed in 2019. Ray is a biological female who also identifies as transgender and works in "LGBTQ health justice," according to Reduxx. They describe Noella beginning his transition at age 4, where they began referring to him as a girl and dressing him in girls' clothing.

Noella was 4 when his mother said she brought him to therapy at the gender development clinic at Ann & Robert H. Lurie Children’s Hospital of Chicago. During the sessions, Noella told a gender counselor he was a "girl" and by age 6, his legal documentation was already changed.

"I socially transitioned at 4 years old, legally at 6 years old and I am being monitored and hoping to get hormone blockers soon!" says Noella's online profile on LGBTQandall.

McMaher has stated in an interview for Chicago Parent that she plans for Noella to have "gender surgeries" at age 16, but would start the child on puberty blockers and hormone therapy before then.

"My journey as a transgender child has been unique because when I was 4.5 years old, I became the youngest known hate crime victim in Chicago at that time," reads another excerpt from Noella's profile.

The "hate crime" as the individual who wrote Noella's profile refers to is about the biological father, who was against Noella's transition.

Timothy McCord fought for full custody of his child, but after an incident where Noella was injured, reportedly after McCord struggled to put "boy pajamas" on him, he was charged with a crime and subsequently lost his visitation rights. McMaher attempted to have McCord charged with a hate crime, but the court determined there was not enough evidence to do so.

"McMaher and her partner appear to have another young infant they are raising as non-binary, referring to the child as a 'theybie' who is often photographed in a jumper which reads 'genderless is more,'" reports Reduxx magazine from a now private source.

Sinead Watson, a prominent voice of the detransitioner community, spoke to Reduxx about the situation with Noella. "That this child parents both happen to be 'trans' or 'queer' is no surprise to me. They are forcing their own ideological ideas onto their innocent baby," she said.

"As with the social contagion among vulnerable children, we’re seeing more and more parents with Münchausen syndrome by proxy. It’s not the kids who are trans – it’s the parents who want them to be trans," added Watson.

Regarding the family’s plans to have Noella undergo "gender surgeries" at 16, Watson told Reduxx magazine it is "child abuse."

"So many children will be harmed by this in the future. So many. I can say nothing else other than I am absolutely disgusted by what these people are doing to this poor child. Unforgivable," she said.