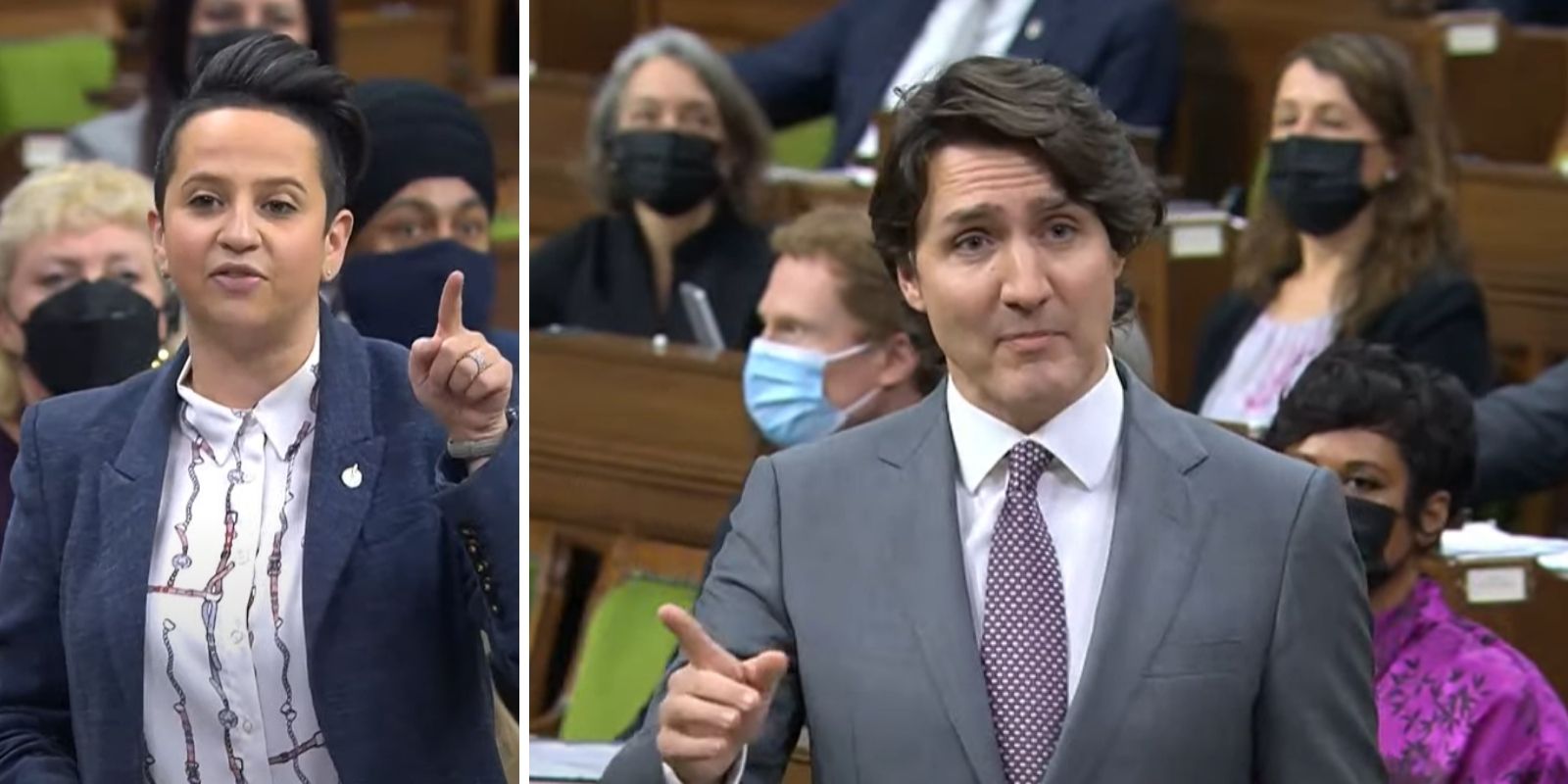 Prime Minister Justin Trudeau accused Conservative Party members of standing with those who brandish swastikas and confederate flags. The accusation was made after a question from Conservative MP Melissa Lantsman, who is Jewish.

Lantsman quoted the prime minister in 2015, when he said "An optimistic hopeful vision for public life isn't a naïve dream it can be a powerful force for change. If Canadians are to trust their government, their government has to trust Canadians." She contrasted that with his words in 2022, when he called protestors "often mysoginistic, racist, women-haters, science deniers," who are a part of "the fringe."

Trudeau responded by accusing the Conservatives of standing with racists.

After Question Period, Lantsman would tweet: "I think the Prime Minister should think long and hard about his own history before singling out a Jewish Member of Parliament and falsely accusing me of standing with a Swastika. What a disgraceful statement unbecoming of anyone in public office - he owes me an apology."

Trudeau's response was met with outrage from Conservative MPs, who called on the Speaker of the House Anthony Rota to make Trudeau retract his statements or apologize. Rota would then remind all members "including the prime minister" to not use inflammatory language.

Conservative MP Dane Lloyd would call on Trudeau to apologize to members of the House, to which Trudeau did not. "They continue to stand with and encourage these illegal blockades," he said.

The question was one of many in a tense Question Period, following Trudeau's decision to invoke the Emergencies Act earlier this week. The Conservatives and Bloc have been forward in condemning its use, and New Democrat leader Jagmeet Singh has expressed reluctance in supporting it.