Trudeau asks Trump for help with detained Canadians in China

Canada wants U.S. to wait to sign China deal until Canadians are released 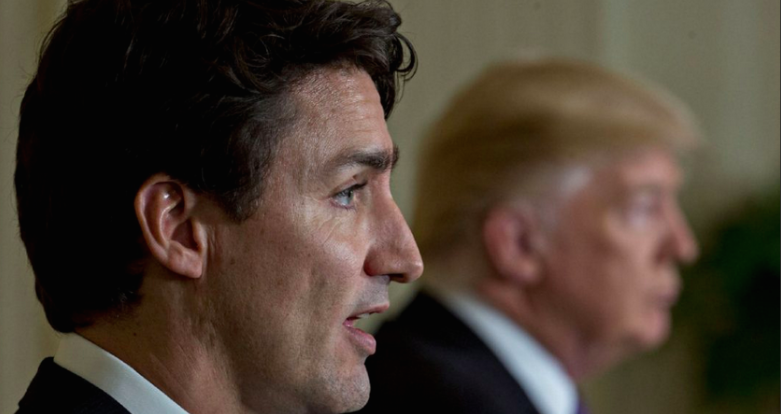 On Thursday, Prime Minister Trudeau asked if the United States would wait for China to release the two detained Canadians before finalizing a trade agreement with the communist nation.

Michael Kovrig and Michael Spavor were detained in Beijing last December shortly after the top executive at Huawei, Meng Wanzhou, was detained in Canada. Wanzhou is the daughter of Huawei’s founder and was detained on fraud charges after a request from U.S. authorities.

According to the Washington Post, Trudeau mentioned that he asked the states to use the trade deal as leverage in a French-language interview with TVA on Thursday.

In a translated version of the interview, Trudeau said, “We’ve said that the United States should not sign a final and complete agreement with China that does not settle the question of Meng Wanzhou and the two Canadians.”

Kovrig and Spavor have not had access to lawyers or even family members since being in Chinese custody.

Recently, Trudeau and Trump have not been on great terms after footage surfaced of Trudeau and other world leaders talking about Trump in a childish manner.

Trudeau has since addressed the incident during a press conference saying, “Last night I made reference to the fact that there was an unscheduled press conference before my meeting with President Trump. I was happy to be part of it but it was certainly notable.”

Trump responded to the video by calling Trudeau “two-faced” but went on to add that he finds him to be a nice guy.

U.S. Secretary of State, Mike Pompeo has noted that Meng will not be used for bargaining in the trade deal conversations with the U.S. and China.

Meng is out on bail and has been living in Vancouver in a mansion. She was accused of giving banks false information about violating U.S. trade sanctions involving Huawei’s dealings with Iran. Meng is now awaiting proceedings.

After Meng’s detention, Beijing and Ottawa relations have not been the same. China has put a halt on importing some Canadian products. They have even gone as far as to sentence a Canadian to death following Meng’s arrest.

This is not the first time China has retaliated in this way against foreign governments after becoming involved in diplomatic disputes.