Trudeau caught in a lie regarding border security

“Every single person crossing our borders, whether legally or illegally, gets processed according to all our rules.” Is this statement true? 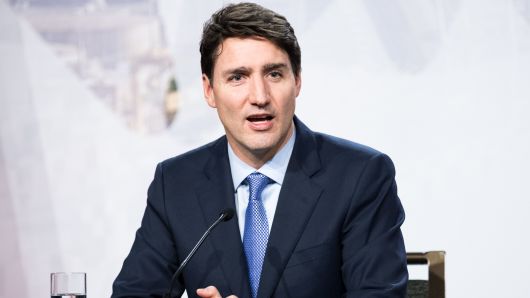 The Canada/U.S. border has been the centre of political attention for the last few years.

The thousands of irregular migrants who’ve crossed into Canada through illegal tactics have gotten international attention, as the world’s largest unprotected border has now been taken advantage of for some time.

A report by the Attorney General Sylvain Ricard noted that “Almost 40,000 individuals were intercepted as they crossed the border from the United States between ports of entry to claim refugee protection. Since the system was not flexible enough to respond in a timely way to higher claim volumes, the 2017 surge of asylum seekers led to a backlog and increased wait times for refugee protection decisions.”

Of course, Conservatives and Liberals have been at each other’s throats for the matter. Conservatives blame the Trudeau Liberal government for not having immigration laws that are too lax. Trudeau personally welcomed all types of refugees in his now infamous #WelcomeToCanada tweet.

Trudeau, on the other hand, insists that the system is doing its job and that the Scheer-led Conservatives are merely stoking fears to score political points.

Recently, deputy Conservative leader Lisa Raitt pressed Trudeau on the matter, to which he responded

“Every single person crossing our borders, whether legally or illegally, gets processed according to all our rules.”

We have made sure that every single person crossing our borders, whether legally or illegally, gets processed according to all our rules. We have seen over the past years all around the world an increase in migration and in asylum seekers happening everywhere, and Canada is not immune to that. However, we have a strong immigration system that continues to apply all its steps to everyone crossing the border.
Prime Minister Justin Trudeau in question period, May 7, 2019.

Was this statement true? Well, no. It’s unequivocally false.

A new fact check by Global News outlines exactly how egregious a lie that is. You don’t have to take their word for it either.

Just this week, Quebec court Judge Dennis Galiatsatos noted that the lack of information known about the man was “somewhat unsettling,” as it was not clear how he entered the country, or how he was ever able to be admitted into the psych ward that he committed his crime in.

What do you think? Is there a crisis at the border? Let us know in the comments below.