Similar in tone to when he thanked another Grassy Narrows protestor for their “donation” at a fundraiser in Toronto, Trudeau seems to make a beeline for his vehicle, telling the protestors, “Thanks for being here.” 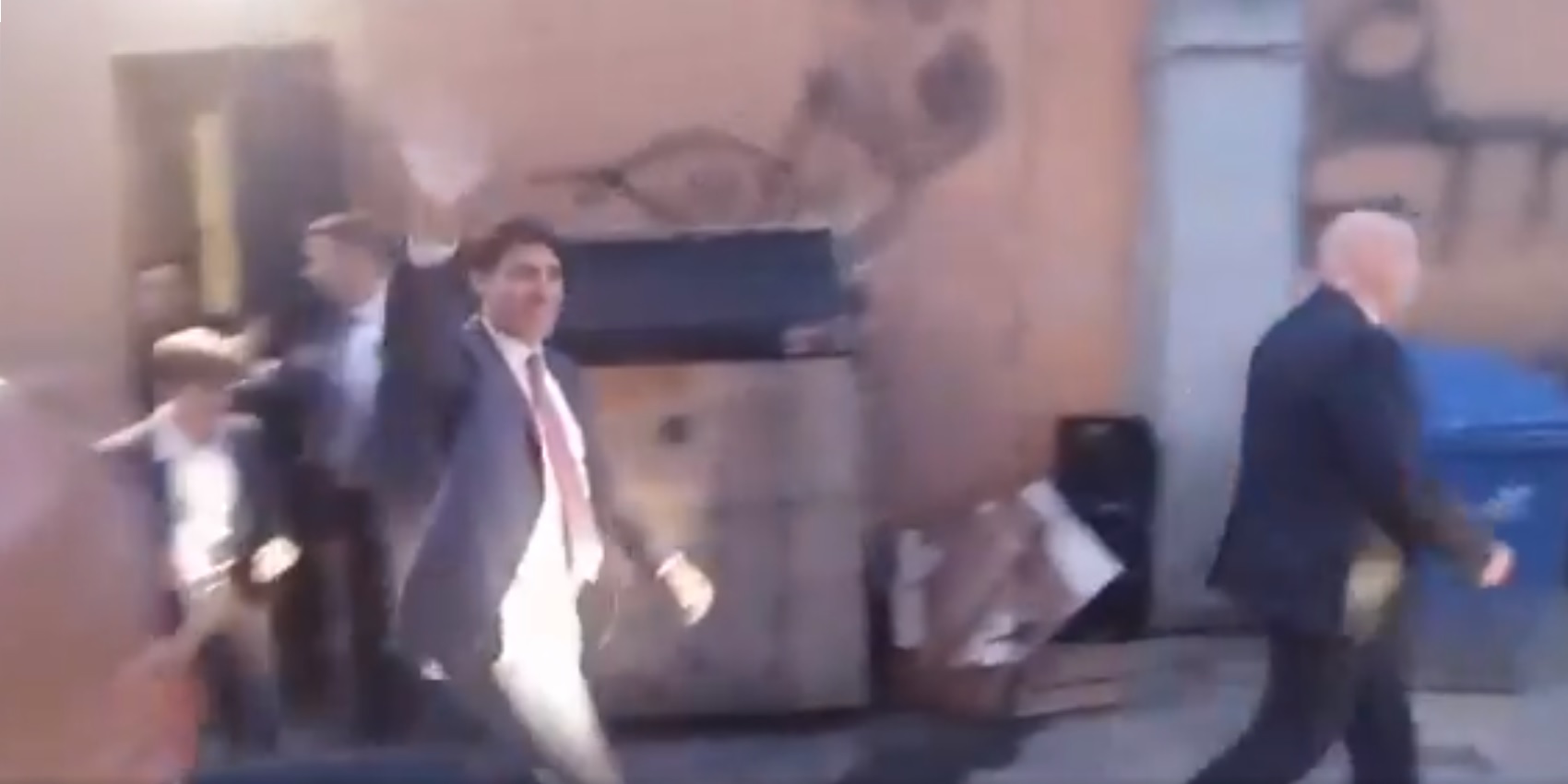 The protestor, bullhorn in hand, repeatedly ask the PM a question: Will you keep your promise to Grassy Narrows? To which he gives a less than stellar response.

The Liberal promise in question was to seek action on the massive mercury contamination in Grassy Narrows, which has been seriously harming the community since the 1970’s when the Dryden Chemical Company, a chloralkali process plant, discharged their effluent into the Wabigoon-English River system.

Similar in tone to when he thanked another Grassy Narrows protestor for their “donation” at a fundraiser in Toronto, Trudeau seems to make a beeline for his vehicle, telling the protestors, “Thanks for being here.”

Trudeau eventually apologized for his response to the first Grassy Narrows protestor in March of this year.

While the Grassy Narrows First Nation especially feel like they have gotten the short end of the stick, as the Party continues to fall short of all promises made.

Take, for example, the floundering confidence in the Federal party expressed by Chief Rudy Turtle, who worries that the treatment facilities promised by Trudeau and former cabinet member Jane Philpott will not come to fruition.