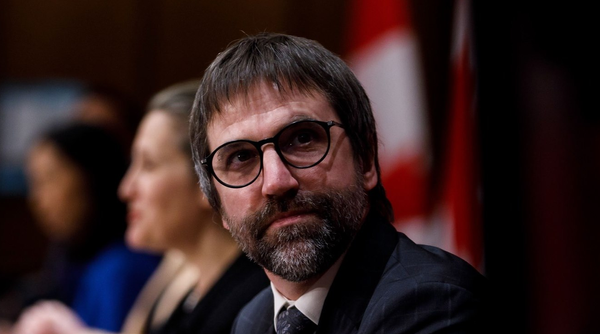 The Trudeau Liberals' new proposed censorship provisions would introduce a chief internet censor that would have wide-ranging powers, including the ability to block websites and investigate anonymous complaints, cabinet said yesterday.

According to Blacklock's Reporter, Heritage Minister Steven Guilbeault said the bill would deal with the "spread [of] potentially illegal and abusive content," and that regulation needed to be "consistent and transparent."

The bill, which would be introduced in fall of 2021, would " prioritize a safe, open and inclusive internet where Canadians feel they can express themselves without being victimized or targeted by certain kinds of harmful content."

The chief censor position, or "Digital Safety Commissioner," would provide "advice on content moderation" and "and issue compliance orders on Facebook, Twitter, YouTube and other service providers under threat of $25 million fines," reports Blacklock's.

While it is known that the bill aims to remove content from the internet that the government deems dangerous, no examples were provided, though staff wrote that there could be investigations into “distort the free exchange of ideas by discrediting or silencing targeted voices” or “threaten national security, the rule of law and democratic institutions."

“Definitions would draw upon existing law including current offences and definitions in the Criminal Code, but they would be modified in order to tailor them to a regulatory as opposed to criminal context,” wrote staff: “The government recognizes there are other online harms that could also be examined and possibly addressed through future programming activities or legislative action.”

In a previous podcast interview, Guilbeault vouched for the curbing of content that hurts the feelings of public office holders, saying: “We have seen too many examples of public officials retreating from public service due to the hateful online content targeted towards themselves or even their families,” said Guilbeault. “I have seen firsthand alongside other Canadians the damaging effects harmful content has on our families, our values and our institutions.”