Trudeau’s Liberals spending $17.7 million of taxpayer money on ads leading up to election

Recently released figures show that $17.7 million has been allocated to the Liberals advertisement campaign leading up to the election. 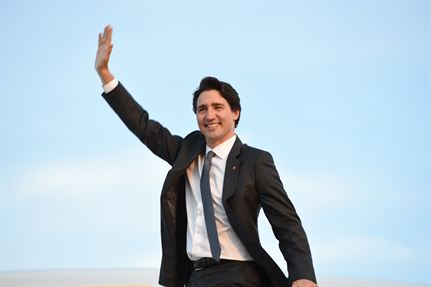 Recently released figures show that $17.7 million has been allocated to the Liberals’ advertisement campaign leading up to the election.

According to Joanna Smith of The Canadian Press, the federal government had until June 30 to make its purchase of various advertisements for the campaign, due to a “newly-imposed spending moratorium on public awareness campaigns.”

In their bid to maintain hegemony in Canada, the Liberal government increased its advertising budget by 21 percent in the first three months of this year compared to the same period in 2018.

As Smith reports, “In a statement, Conservative MP Stephanie Kusie accused the government of “doing everything possible to stack the decks in the Liberal Party’s favour before the election.” A statement from NDP MP Daniel Blaikie said the spending showed “the unfairness of our electoral system” because the incumbent party “will use taxpayer money to make sure they are re-elected instead of using that money to make life better for Canadians.”

The previous Conservative government also had a history of gross allocations and expensive tax-funded campaigns.

According to the National Post, “The [Conservative] government spent $52 million advertising its Economic Action Plan in 2009-10 alone, another $21 million in 2011-12, and $14.8 million in 2013—long after the program had ended. In all, some $100 million was spent between 2009 and 2014, all to ensure voters would not be left even momentarily unaware of the billions of dollars of their money the government was spending on their behalf.”

The Liberal Party was aware of this. In fact, in 2015 they campaigned on banning partisan ads and heavily critiqued former PM Stephen Harpers use of taxpayer funds on them.

According to their 2015 mission statement, “The Conservatives have lost the ability to distinguish between their narrow political interests and the public interest. From their inexcusable waste of public money on partisan government advertising—$750 million and counting—to their use of public servants as props, to their muzzling of scientists whose research contradicts Conservative policies, they seem to think they own the place.”

They go on to detail their plans to “Ban Partisan Government Ads”:

Where was this ban when an advertisement depicting Andrew Scheer as a Yes Man bobblehead played at a Toronto Raptor’s game, or when it played exclusively in vote-rich swing ridings?

It may not be an explicit government ad, being that independent left-leaning Engage Canada funded it, but it was highly partisan. This partisanship is despite their Twitter bio readingas “Engage Canada is a non-partisan, independent project with a mandate to increase democracy and democratic participation in the electoral system in Canada.”

The self-proclaimed non-partisan political influencers whose website uses the URL scheerweakness.ca has since claimed that they won’t be running anymore negative ad campaigns leading up to the federal election.

This isn’t due to any kind of mantra of “we’ve done our part; now let the cards fall where they may,” rather their ads were aired before the pre-writ period ended. If they were to continue producing advertisements, they would have to disclose where their financial backing was coming from.

According to CTV News’s Michael D’Alimonte, “And, short of Engage Canada releasing its own financial documents, it’s next to impossible to know where, exactly, the money to fund the group’s TV, radio and social media ads is coming from. Engage Canada told CTV News it is “funded entirely by donations, large and small, from individual Canadians, organizations, and groups across the country…including labour unions.”

Furthermore, regardless of the reason for their temporary ceasefire, they don’t need to continue their partisan ad campaign anyways. Liberals have already secured 17.7M in taxpayer funds and are ready to go.

According to Smith, “The Liberals said they would name an advertising commissioner who would help the auditor general keep an eye on government advertising and make sure the messages do not stray into partisanship territory.

“They ultimately delegated that responsibility to a third-party, asking Advertising Standards Canada, a self-regulating body for the industry, to review all ad campaigns costing more than $500,000.”

A 2015-2016 Annual Report on Advertising budgets and expenditures released by the Government of Canada shows that a total 42.2M was spent before the 3-month suspension of advertising during the 2015 general election between the former Conservative government and the opposing Liberals.

This means that, despite promises to lower the amount of taxpayer money allocated to government advertising and assuming the Conservatives’ advertising funds are in any way proportional, the Liberals have barely made a dent in the overall costs of campaigning.