Engelbrecht and Phillips in jail on contempt of court charges stemming from a defamation suit brought by Konnech CEO Eugene Yu. Yu was arrested for storing US voting data on servers in China after a tip from Phillips. 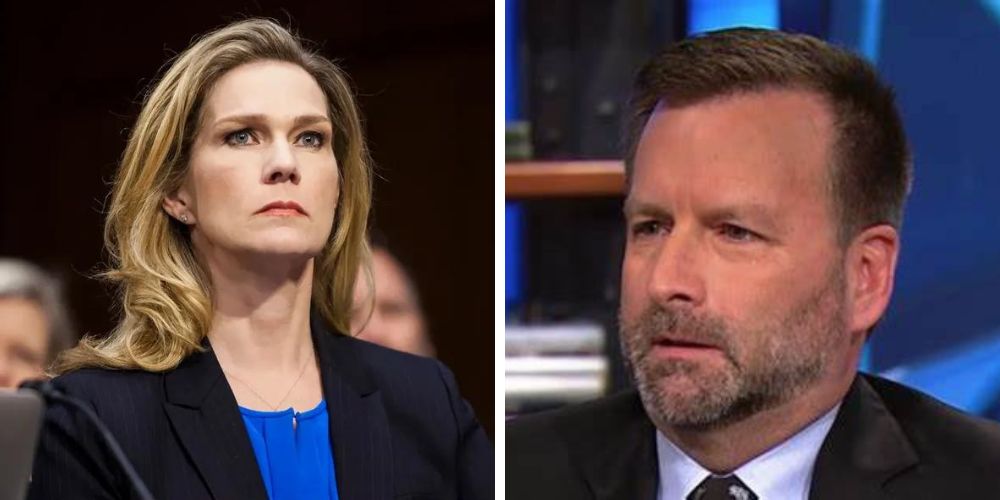 The Post Millennial
Nov 3, 2022 minute read
ADVERTISEMENT
ADVERTISEMENT
True the Vote founder Catherine Engelbrecht delivered an audiotaped message from prison on Wednesday to thank all of her and True the Vote investigator Gregg Phillips’ supporters for their “prayers and kind messages of support.” They are currently in jail on contempt of court charges stemming from a defamation suit brought by Konnech CEO Eugene Yu. Yu was arrested for storing US voting data on servers in China after a tip from Phillips.

Yu brought the suit after he was charged in Los Angeles for violating the company's contract with LA County because Konnech, which makes software to manage payroll and scheduling for election workers, had allegedly been storing data about US elections on servers in China. Yu's arrest came from a tip from Phillips, and he and Engelbrecht were told by the court to reveal the source that led them to make that tip to law enforcement.

Federal Judge Kenneth Hoyt held the pair in contempt of court after they refused identify that confidential informant who helped them obtain information that led to evidence that the E. Lansing, Michigan-based election software company Konnech was allegedly storing election-related data on servers in China.

Konnech CEO Eugene Yu was released on a $500,000 bond, is currently under house arrest until his next hearing, which is set for Nov. 17. Yu was called a “flight risk” by a Michigan prosecutor and ordered to wear an ankle monitor and remain in Los Angeles County.

The Los Angeles County district attorney’s office has accused Yu of stealing the personal identifying information of poll workers and that the stolen data was stored on servers in China, in violation of Konnech’s contract with Los Angeles County. Yu is now suing Engelbrecht and Phillips for defamation.

Engelbrecht and Phillips made the documentary 2000 Mules which used geotracking data to uncover multiple alleged massive ballot-harvesting operations in several key states across the US for the 2020 presidential election.

Gateway Pundit obtained Engelbrecht's message from prison, in which she said that they are appealing their cases to the Fifth Circuit Court and are praying for a good result. She also asked that Americans remain focused on the upcoming election and encourage everyone they know to vote and ended her message by saying, “God bless America. And I’ll see you soon…”

True the Vote also called for the immediate release of the duo on Truth Social, saying: “founder Catherine Engelbrecht and contractor Gregg Phillips, who were jailed for contempt on October 31st for refusing to deliver to Konnech the name of the third party who was present at a presentation of evidence of Konnech’s wrongdoing”.

“This evidence was initially provided to the Federal Bureau of Investigations in Q1 of 2021. In Q3 2022, information was provided to the LA District Attorney’s office in their investigation of Konnech, which resulted in the arrest of CEO Eugene Yu.”

"True the Vote attorneys are expediting an appeal seeking to have Engelbrecht and Phillips released. Catherine Engelbrecht said, "Trust, honesty, and respect will always be our highest values regarding both our work and our lives. As a result, we will be held in jail until we agree to give up the name of a person who was not covered under the terms of the judge's TRO. We ask that you keep us in your prayers. Thank you to those who continue supporting and believing in us and our mission to make elections safe for all parties and for all people.”