Trump will 'very, very probably' run for President in 2024 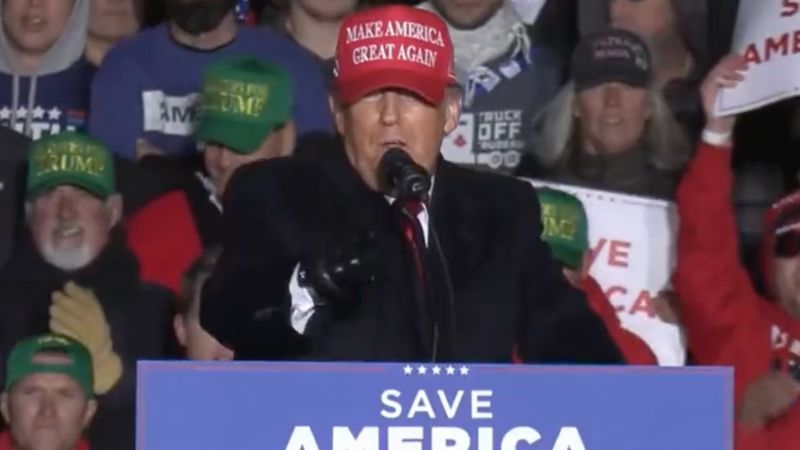 At a rally in Sioux City, Iowa on Thursday night, former President Donald Trump told the crowd to "get ready" for a big announcement in regard to his running for president in 2024.

"Get ready that’s all I’m telling you — very soon. Get ready!" Trump added.

Axios reports that Trump and his inner circle are planning to make an official announcement for his candidacy on November 14. The team is reportedly planning several days filled with events and rallies to kick off his announcement.

In recent weeks Trump has alluded to running again as he's made appearances on behalf of GOP candidates vying for office in the midterm elections.

Trump stumped for candidates he endorsed in Robstown, Texas on October 22, including Dan Patrick for Lt. Governor and Ken Paxton for Attorney General. At that rally, he said "I will probably have to do it again" in regards to running for president in 2024.

Trump's appearance in Iowa was to show support for GOP candidates Governor Kim Reynolds and US Senator Chuck Grassley, who are both up for reelection in this midterm cycle.

As he addressed the large crowd Trump slammed Biden, Pelosi, and the "radical Democrats" for their policies. "We deserve a government that will defend our sovereignty," Trump said as he criticized Biden's border crisis.