"The hypocrisy and absurdity of this is that she was nominated by President Biden in large part because she is a woman," Gabbard said. 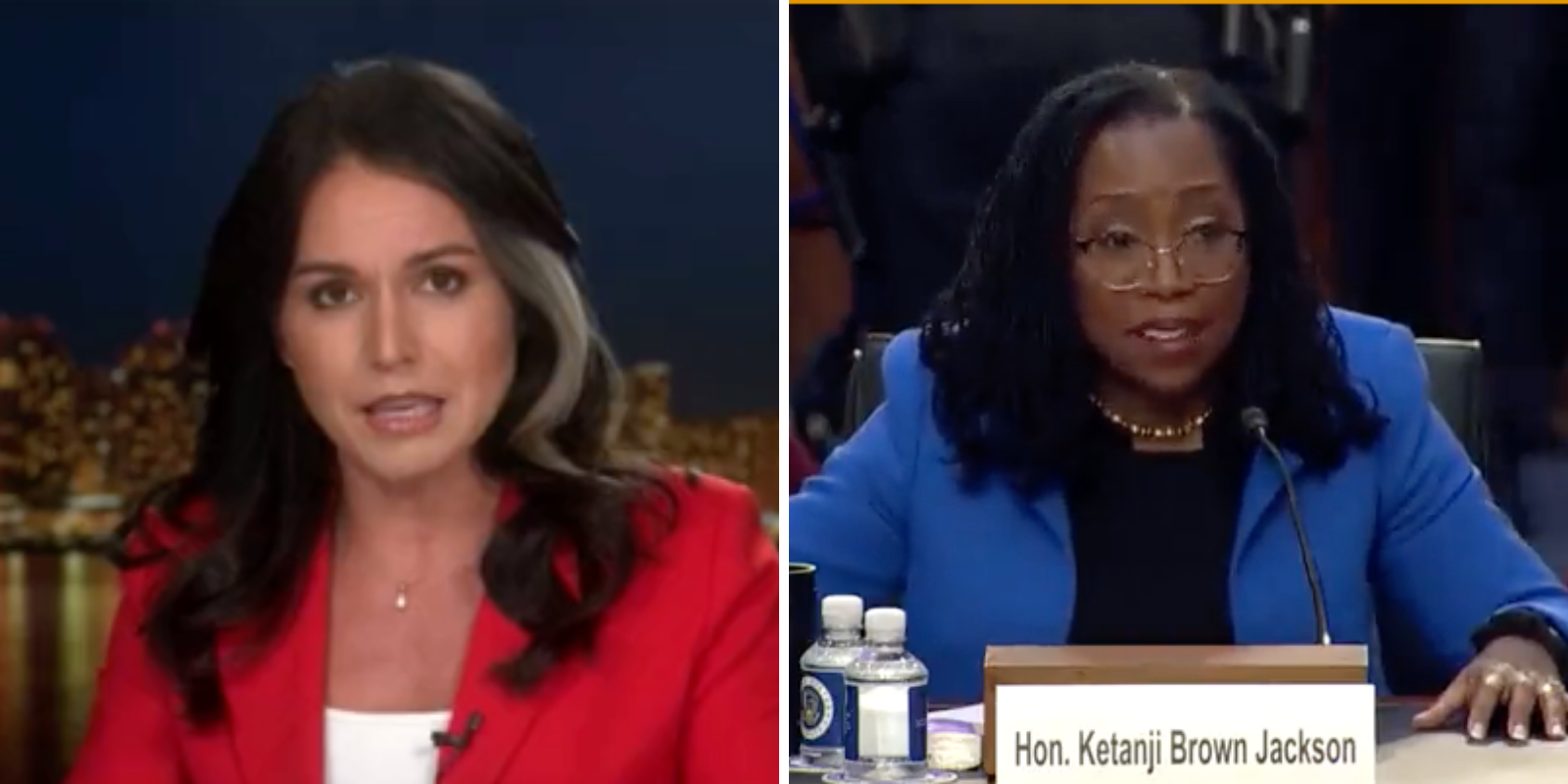 Tulsi Gabbard responded to testimony given by Biden's Supreme Court nominee Judge Ketanji Brown Jackson, saying that her refusal to define the word woman disqualifies her to serve on the nation's highest bench.

"In order to have a Supreme Court committed to protecting the rights of all Americans, including women, every justice needs to understand there is such a thing as a woman, as distinct from a man," the former congresswoman from Hawaii wrote.

"Yet when asked to define the word 'woman,' Supreme Court nominee Judge Ketanji Brown Jackson said, 'I don’t know.'  The hypocrisy and absurdity of this is that she was nominated by President Biden in large part because she is a woman."

Biden promised to nominate a black woman to the Supreme Court, and he has in nominating Jackson. Yet, when Jackson was asked by Senator Marsha Blackburn on Tuesday during the second day of confirmation hearings what a woman is, Jackson said she could not "provide a definition."

Gabbard points out that this is absurd, since being a woman was one of the qualifiers for which she was chosen.

That Jackson refused to offer a definition for the word woman, even one as simple as "adult, human female," speaks not to her ignorance of biology, though that is what she appealed to, stating "I'm not a biologist." Instead, it speaks to Jackson's willingness to capitulate to activists who claim that men can become women simply by saying that they are, which is an abdication of reality, which makes it hard to see how she could issue rulings that are based in reason and truth.

When Biden repeated his promise to nominate a black woman for the bench, after the retirement of Justice Stephen Breyer was announced in January, there was much concern that Biden would be selecting a justice on the basis of immutable characteristics that did not speak at all to the nominee's qualifications as a jurist.

"Our process is going to be rigorous. I will select a nominee worthy of justice Breyer's legacy of excellence and decency," said Biden.

"While I've been studying candidates backgrounds and writings," he went on, "I've made no decision except one: person I will nominate will be some of the extraordinary qualifications, character, experience and integrity."

"And that person will be the first black woman ever nominated to the United States Supreme Court. It's long overdue in my view. I made that commitment during the campaign for president," Biden announced.