"We don't have all the answers. This is a period of uncertainty," Agrawal reportedly told staff members in a Monday meeting. 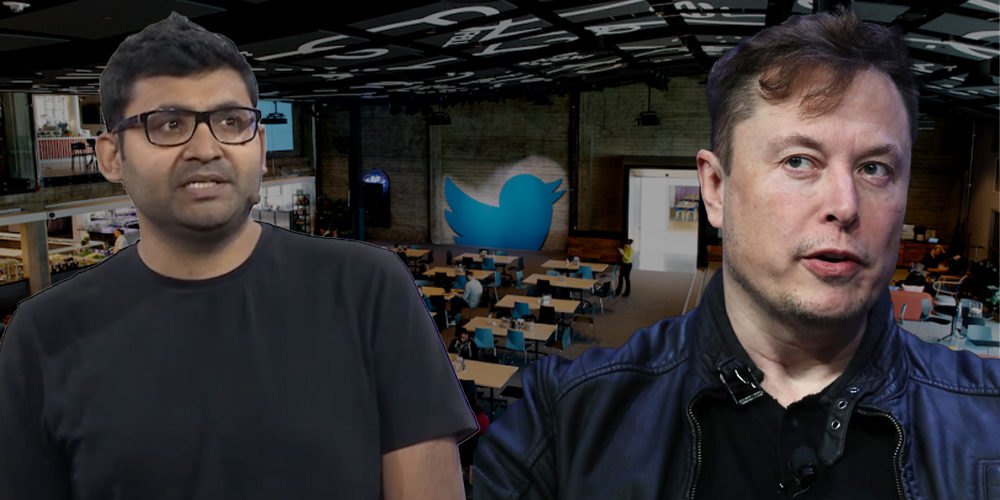 According to Monday's Twitter meeting about Elon Musk's takeover, employee firing and hiring is frozen, there won't be product updates unless they're business-critical, the board will cease to exist, but as of yet it's unclear who will take the reins as CEO, and employee stock investments are currently "vested" as the estimated time for the Musk deal to close is the next six months.

At 5 PM on Monday, Twitter CEO Parag Agrawal gathered employees together to field questions they had about what the buyout means for the company.

While former President Donald Trump has preemptively declined an invite to return to Twitter, Agrawal left open the possibility that that could potentially happen. "Once the deal closes we will know what direction the platform will go," Agrawal said, adding it's something staff should ask Musk during a Q&A.

Per Alex Heath of The Verge, it's unclear who will be CEO once the Musk deal is finalized, but Twitter board member Bret Taylor confirmed that the board will in fact cease to exist once all is said and done.

"We don't have all the answers. This is a period of uncertainty," was reportedly Agrawal's closing statement. In the meantime, the Twitter CEO said he and Musk are in direct contact. Agrawal described Musk as someone who "wants Twitter to be a powerful force in the world, just like all of us."

Further notes from the meeting indicate that Twitter is having a hiring freeze, no layoffs are planned so far, and employee stock will continue to vest.

Agrawal told employees that their stock options would convert to cash when the deal with Musk closes and that they would continue to receive bonuses per Twitter's vesting schedule, the New York Times reported. Employees would receive their same benefits packages for a year after the deal was finalized, he said.

When Musk's takeover of Twitter became official, Agrawal and Bret gave comments alongside the Tesla CEO.

Twitter's board of directors voted unanimously to approve the sale of the company at $44 billion, with the value per share being $54.20. The acquisition will be finalized "at some point in 2022" after it goes through regulatory and shareholder approvals.

It was prior to this company-wide meeting that many Twitter employees expressed concerns about their future at the company, and were surprised to hear about the Musk buyout news at roughly the same time the general public learned about it.

But, as pointed out by The New York Times, staff members at Twitter were previously aware of Musk's affinity for the platform. Former CEO Jack Dorsey had the billionaire make a guest appearance at the January 2020 corporate summit held in Houston, Texas.

Insiders spoke with the outlet to complain that general staff were largely kept in the dark over the past few weeks when it came to the fight between Musk and Twitter's board during the takeover bid process.

Another concern came from employees that make "50 percent or more of their total compensation from Twitter stock. Employees said they feared missing out on the long-term value of their stock at Mr. Musk’s price of $54.20 per share."

It's described that the sentiment for the new owner is mixed, and not entirely negative. Before this year's takeover saga began, it was common to see Twitter employees applaud Musk's interest in using the site for Tesla customer relations.

The Times concedes that there are employees at Twitter who are worried that Musk, a free speech advocate, will undo the "healthy conversation" agenda of years past, in favor of more relaxed content moderation policies.