"I feel like im going to throw up..I rly don’t wanna work for a company that is owned by Elon Musk" 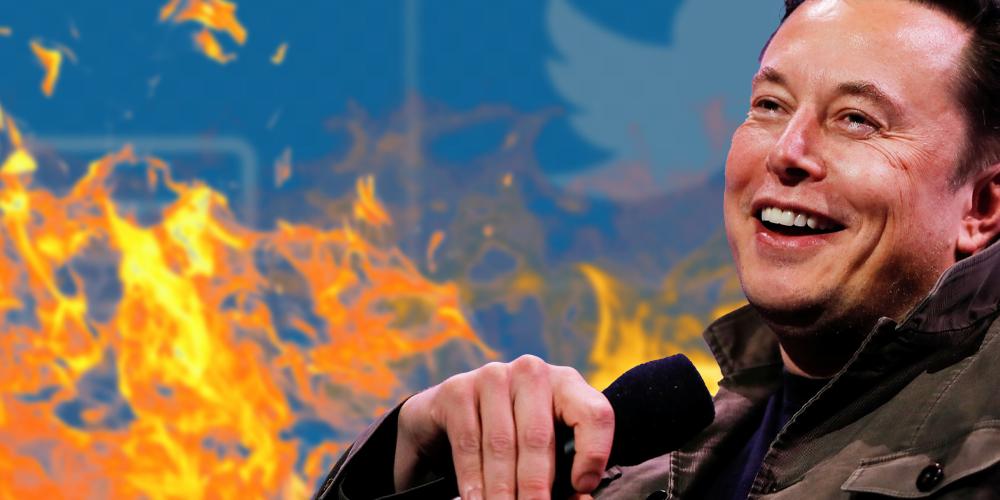 On Monday in response to the Twitter buyout by Elon Musk, some of the company’s staff are having difficulties coping with the situation. When announcing the takeover, Musk vowed that free speech was a crucial part of his mission in the first place.

A Twitter employee source reached out to The New York Times reporter Talmon Smith to express how unsure they are about the future of the company, and their role in it.

The person added that they worked for the platform’s "toxicity and health" department so they don’t know what their future job prospects are (the reporter deleted that particular tweet but Jack Posobiec saved a copy).

The source complained about the lack of notice ahead of time, before Twitter’s CEO and the company’s board announced Elon’s takeover.

It was at 5 pm Eastern Standard Time that Twitter held a company-wide meeting.

The note that Parag Agrawal sent out to staff read as follows:

"Team, The Twitter Board has announced it has entered into an agreement for Twitter to be acquired by a private entity fully owned and controlled by Elon Musk. I know this is a significant change and you’re likely processing what this means for you and Twitter’s future. I will be gathering the company together at 2pm pacific to speak with you directly and answer your questions. I have also invited our Chairman of the Board, Bret Taylor, to join us. See you there. Always #OneTeam, Parag."

Previously, Agrawal said Musk’s buyout offer wouldn’t hold the company hostage. There was some "poison pill" resistance from Twitter’s board against Musk, initially, before they ultimately agreed to his buyout proposal on Monday.

"Has anyone tried sliding into tech reporters' DMs and asking THEM to leak information to US about what's happening at Twitter?"

"I have never been this stressed in my entire life.#TwitterTakeover"

"I don't know what Twitter the platform or Twitter the workplace is going to look like going forward, but right now, it feels like maybe some things are just too good, too magical to last. Only time will tell."

"A lot of free speech going on in our Slack rn"

This isn’t the first time Twitter staffers had strong reactions to Elon Musk over the past month. An engineer manager for the platform said it "radicalized" him that Musk would’ve potentially had a seat on the board. At one point, many employees embraced and welcomed a day of rest amid all the high-level changes.

In the fallout from today’s news, Bloomberg reports that Twitter management has locked down further "product updates unless they’re business-critical."

"now is not the time for a verification request"

"Remember how you feel right now the next time they tell you’re more important than their profits."

The takeover by Tesla’s Elon Musk began after The Babylon Bee’s suspension in March. It inspired interest by the billionaire to take a serious look at the platform and the importance of free speech. It led Musk to buy a majority amount of the company’s shares.

After Musk realized that he couldn’t enact the changes to the platform he desired from a position on the company board, he then announced his decision to outright buy Twitter.