Hillel U of T spokesperson says apology was insufficient at addressing ‘underlying antisemitism’. 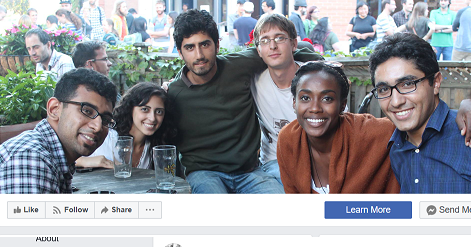 A University of Toronto student union that refused to support a campaign by Hillel U of T to make kosher food available on campus because of the Jewish student group’s pro-Israel stance has apologized.

The University of Toronto’s Graduate Students’ Union (UTGSU) posted a statement on Facebook apologizing for the controversy that broke on Sunday that the union wasn’t going to support kosher food on campus.

“The email response to this request sent on Nov. 14, 2019 has unintentionally caused harm to the Jewish community at U of T,” said the statement. “Although the response was not on behalf of the UTGSU’s Executive Committee, the UTGSU Executive Committee is nonetheless deeply sorry for this harm.”

Rob Nagus, senior director at Hillel U of T, said that the UTGSU was failing to represent Jewish students by opposing this motion.

“The UTGSU’s inability to separate the needs of Jewish students on campus from their opinion on the government of Israel is highly problematic and amounts to denying Jewish students the support they would likely give to any other minority group on campus,” said Nagus. “This is nothing short of antisemitism.”

Nagus said that Hillel U of T is grateful for the apology, but it should have gone further.

“While we appreciate the apology that was issued by the UTGSU, it is hardly sufficient as it does not address the underlying antisemitism,” he said.

“When acts of antisemitism are identified, they must be addressed fully by those who committed the act, regardless of their original intent.”

A statement posted on Facebook by Hillel U of T, the student group for Jewish student life, said that a graduate student leader reached out to the UTGSU for support with the Kosher Forward campaign.

The UTGSU responded that since Hillel U of T has engaged in pro-Israel activities “the Executive Committee strives to abstain from this type of discourse in order to ensure the will of the membership is accurately reflected in any votes on these motions.”

Hillel U of T said that “the type of discourse” and “the will of the membership” in the email from the UTGSU remains unclear, but it might be referring to the student union’s adoption of  the Boycott, Divestment, and Sanctions (BDS) movement in 2012.

B’nai Brith Canada said that the UTGSU is the only student union in Canada with a committee dedicated to supporting BDS. There has been a complaint pending against the BDS Committee before the university’s Complaints and Resolutions Council for Student Societies for more than six months.

This past weekend, B’nai Brith Canada asked officials at U of T to condemn the UTGSU’s stance of the Kosher Forward campaign, ensure the complaint against the BDS Committee is advanced, and work to make kosher food available on campus.

The UTGSU could not be reached in time for publication of this story.