Police in England are threatening to arrest women’s rights campaigner Kellie-Jay Keen for an alleged "hate crime" committed at a Let Women Speak rally in Brighton in August. 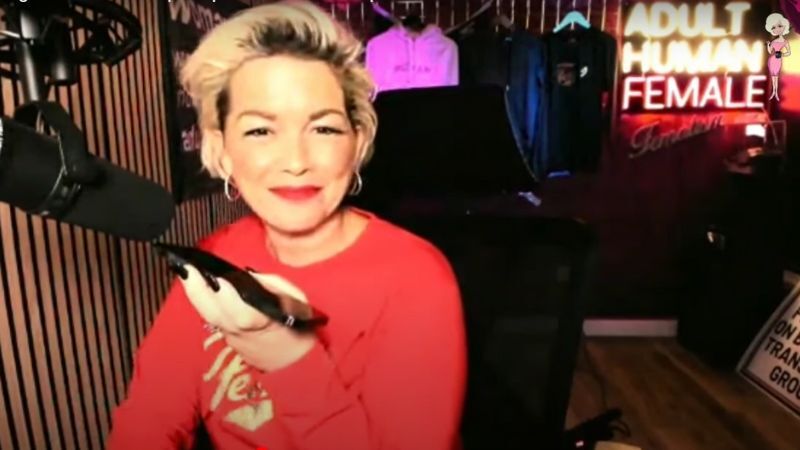 Police in England are threatening to arrest women’s rights campaigner Kellie-Jay Keen for an alleged “hate crime” committed at a Let Women Speak rally in Brighton in August.

In a phone call Monday, which Keen shared on her YouTube channel, the Standing for Women founder was informed by police that her supposed crime was "using words or behavior to stir up hatred on the grounds of sexual orientation."


Keen was then informed that if she does not present to the police station for a "voluntary" interview, she will be arrested. Keen has since said in a statement that she has no intention of accepting the invitation.

The Let Women Speak rally in Brighton earlier this summer was met with an angry mob of trans rights activists, clad in the standard black attire with matching face coverings, who hurled abuse at the ordinary women who had assembled to speak about the impact of gender identity ideology on their lives. There were violent clashes and two trans activists were arrested.

Keen asked the officer if the police had actually found evidence that such a hate crime had been committed, and the officer responded "that’s why we’re inviting you in."

"You’re absolutely positive before I waste my time coming to see you that you have substantial evidence that would point to me actually committing a hate crime?" Keen asked again.

"That’s why we’re inviting you down [to the station]," was the officer’s reply.

A video of Keen’s speech at the Brighton rally is available on her YouTube channel, and it is unclear what would be considered a "hate crime" by police.

Keen spoke of women being locked up in prisons with male criminals, and women and girls being unable to challenge men in their private spaces.

"The house is on fire, and our children are inside," Keen’s speech concluded.

"This is what happens when we speak," said Keen in a statement shared on Twitter. "I want you all to know that I will not be attending any police interview, voluntarily. I am happy to take this to its logical conclusion, get arrested, get charged, go to court, and state the damned truth without fear or hesitation. I have nothing to fear."

Keen has just returned to England from her month-long US Let Women Speak tour that was met at every step along the way with aggressive trans activists trying to prevent the women from telling their stories. The Portland event had to be canceled because of serious threats of violence from Antifa, a woman was assaulted in Tacoma Washington, and Keen was blocked from attending her own event in New York by activists surrounding the event, some of whom were half-naked trans-identified males hurling violent threats at the gathered women.
ADVERTISEMENT
ADVERTISEMENT
Kellie Jay