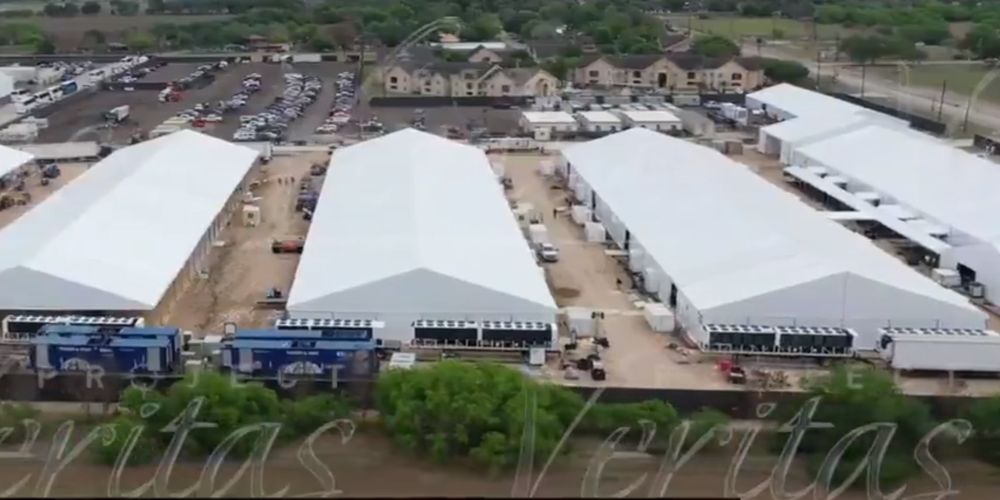 The White House on Monday announced agreements with Mexico, Honduras, and Guatemala to stem the tide of mass migration flooding the US - Mexico border. In exchange for sending out thousands of border agents and military to police their respective regions, USAID appears to be launching targeted investment initiatives in these countries.

Not a moment too soon, either. As James O’ Keefe and Project Veritas today published a new video showing the massive construction feat completed by border officials in Texas.

Project Veritas shows a before and after shot of the Donna, Texas Migrant Detention Center’s facilities.

On March 22nd, 2021 there were two white rectangular buildings.

Last week there was widespread confusion over the role Vice-President Kamala Harris had when it came to the border crisis. The White House had to repeatedly clarify that her focus was towards the “root causes” rather than the immediate situation at the US - Mexico border. Around the same time we learned that the Biden administration sought to inject money into Central America in order to stem the tide. This was communicated by White House Border Coordinator Roberta Jacobson who is stepping down from her position at the end of April.

It’s a perilous time for America as states like Iowa and Arizona are left to fend for themselves. They have to deal with a situation where the Biden administration seems to both directly and indirectly invite illegal migration into the country.