"I confirmed the interior doors were locked and instructed the four suspects to come to the vestibule because it was unsafe to be outside because I saw police officers," a vice principal said. 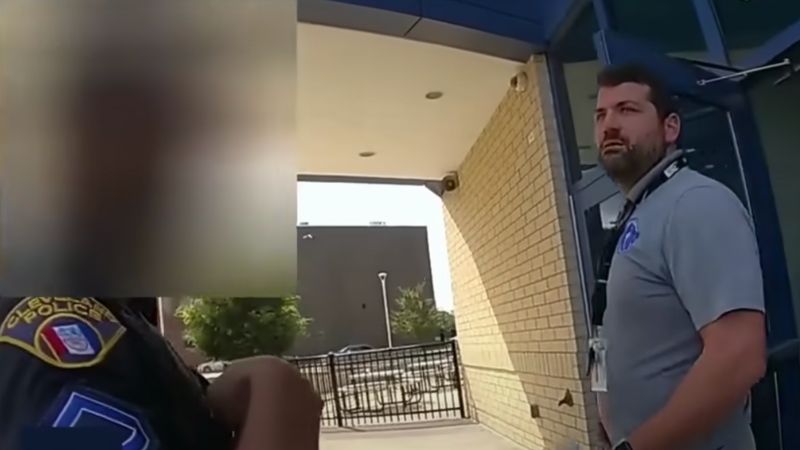 On September 14, four masked teenagers armed with guns arrived at Garret Morgan High School in Cleveland, Ohio and despite 911 dispatcher and school security advising against it "two assistant principals from leadership let the males into the building" to protect them from police arriving on the scene.

Local Fox 8 News reports that one of the vice principals said, "I confirmed the interior doors were locked and instructed the four suspects to come to the vestibule because it was unsafe to be outside because I saw police officers."

The four masked males arrived in three stolen cars in the afternoon and, as local WDTN News reports, the school security officer immediately spotted the suspicious group, alerted both the school and authorities and locked the doors.

While the school was in lockdown, police were dispatched to the scene. While the security officer is on the phone with 911 he shouts, "Do not let them in the building" and "Do not let anybody through that door, people."

In video from Yahoo! News, the security officer and another party can be heard screaming "Don't let them in the building" continually as the vice principals approached the masked and armed teens.

The school admins then let the teens inside the main doors where they remained inside the school's vestibule.

According to the Cleveland Metro Schools website, the vice principals at Garret Morgan High School are Christopher Kane and Carolyn Elias who work under principals Anshawn M. Ivery.

The high school, the Garret Morgan School of Leadership & Innovation, was in session at the time and teaches roughly 285 students in grades 9 through 12.

Moments later the police arrived and bodycam footage details the rest of the encounter.

Vice Principal Christopher Kane is visible in the footage as standing by the outer doors where the teens were admitted entry into the school as police arrive.

Police entered the vestibule and told the teens that they were being detained. One teen replied, "For what? What am I being detained for?"

All four teens then began running from the police resulting in a prolonged chase that found three of them being captured and arrested and one getting away. Two guns were recovered from the youth and the three cars were all confirmed to have been stolen.

Two of the three were sent home on their own recognizance as they await juvenile prosecution. One teen who was in possession of a gun was detained and records show he is wanted in an unrelated robbery case.

"As one of the witness statements indicates, the males entered a controlled, secured area that is specifically designed to prevent access to the rest of the building. Cleveland police had already arrived on the scene and were able to make arrests. The staff member made a split-second decision that the individual thought was the best way to keep students and staff safe," Cleveland schools said in a statement.

"RECKLESS + DANGEROUS," said the National Fraternal Order of Police in response, "@CLEMetroSchools administrators at Garrett Morgan HS allowed MASKED GUNMEN to enter the school in order to protect the gunmen from *wait for it* police officers outside. They risked the lives of CHILDREN to show how woke they are. Can’t make it up."

"The goal is to keep students away from harm. You don’t let the bad guy, especially when you know they’re the bad guy, get closer into your school building," Trump added.