VICTORY: Ontario woman will not have to take down anti-Trudeau flag from her home

The city previously said that homes in Port Colborne must not have any "painted slogans, graffiti and similar defacements." 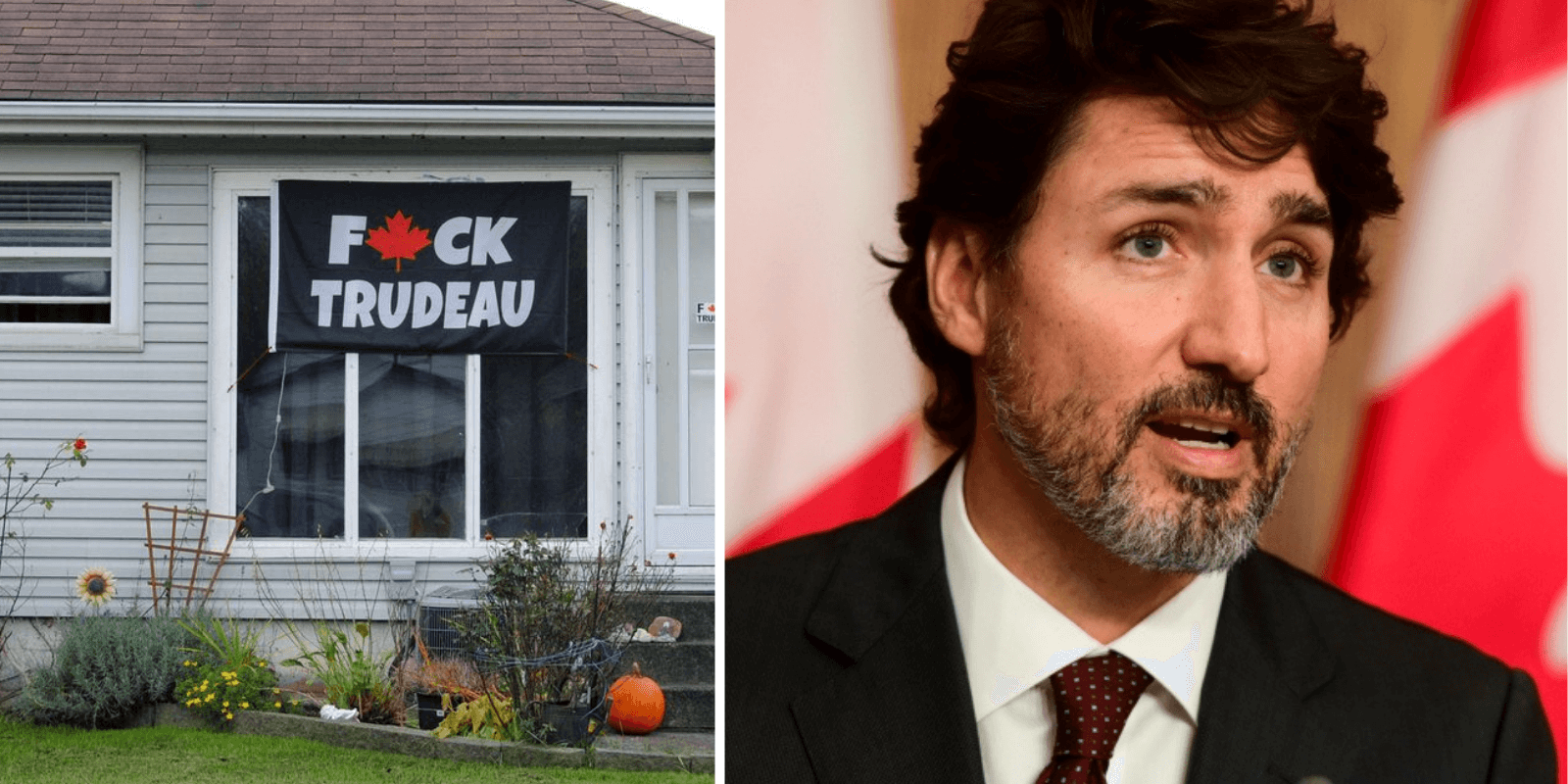 A homeowner in Port Colborne, Ontario, has won the right to fly a flag from her house that says "F*** Trudeau," according to the Canadian Constitution Foundation.

Multiple residents complained about the flag both to the local newspaper and the municipal government, citing concerns over its supposed vulgarity. The resident also had a sticker with the same message on her door.

"The city of Port Colborne was wrong to ever issue this order, which violated Melissa's right to freedom of expression. We are pleased that the city has acquiesced under threat of legal action, but no Canadian should ever need to threaten to go to court in order to exercise the rights they are guaranteed under our constitution," said CCF Litigation Director, Christine Van Geyn. "We hope that Melissa’s situation will serve as an example to other towns and cities, and that citizens across Canada will remain free to express their political views without interference from municipal bureaucrats," continued Van Geyn.

A statement from the CCF said that Melissa, the homeowner, "has expressed her gratitude to the CCF as well as to the people from across Canada who donated to support her case."

"I am so happy that the city of Port Colborne has backed [d]own on their attempts to silence me. I’m proud to continue to be able to express my political views, which is my right as a Canadian. The city should never should have tried to stop me, and I am grateful to the Canadian Constitution Foundation for helping me fight back. Thank you so much," said Melissa.

The city previously said that homes in Port Colborne must not have any "painted slogans, graffiti and similar defacements."