"I'm telling you that what you are looking at is the American Dream," Sears said during a victory speech in Chantilly on Tuesday. 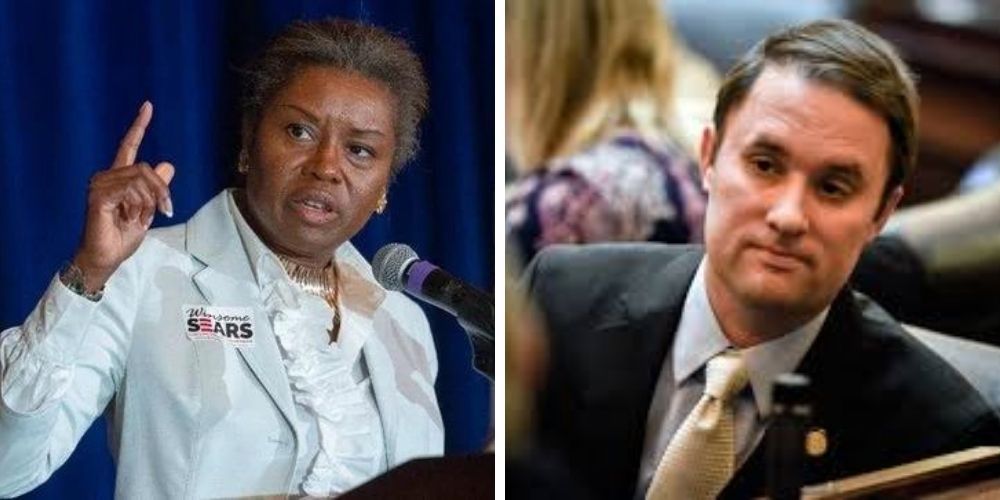 Two Republicans made history in Virginia on Tuesday after the state elected the first black woman to become Virginia's Lt. Governor and an hispanic man as Attorney General.

"I'm telling you that what you are looking at is the American Dream," Sears said during a victory speech in Chantilly on Tuesday.

In 2001, Sears made history when she became the first female veteran, first black female Republican, and first naturalized citizen to serve in the House of Delegates, representing the state's 90th district. Sears immigrated to the US from Jamaica as a child and later went on to serve in the United States Marine Corps.

Winsome Sears, 57, ran on a bid alongside Republican Glenn Youngkin, who is projected to defeat Democrat Terry McAuliffe and be named the next Governor of Virginia.

Since 2016, Miyares has served in Virginia's House of Delegates, representing areas of Virginia Beach. He was also the first Cuban American elected to the General Assembly, according to Business Insider.

Miyares ran on a platform to reinstate public safety with an intended focus on supporting the police, restoring law and order, and fighting human trafficking, according to his website. The attorney general-elect heavily criticized the Democratic "Defund the Police" movement and said he was running "to keep our communities safe and secure."