WANTED: BC doctor sought by elderly couple out of options

"We need a doctor’s help to renew my 82-year-old husband’s prescriptions. We will agree to any reasonable fee," the ad reads. 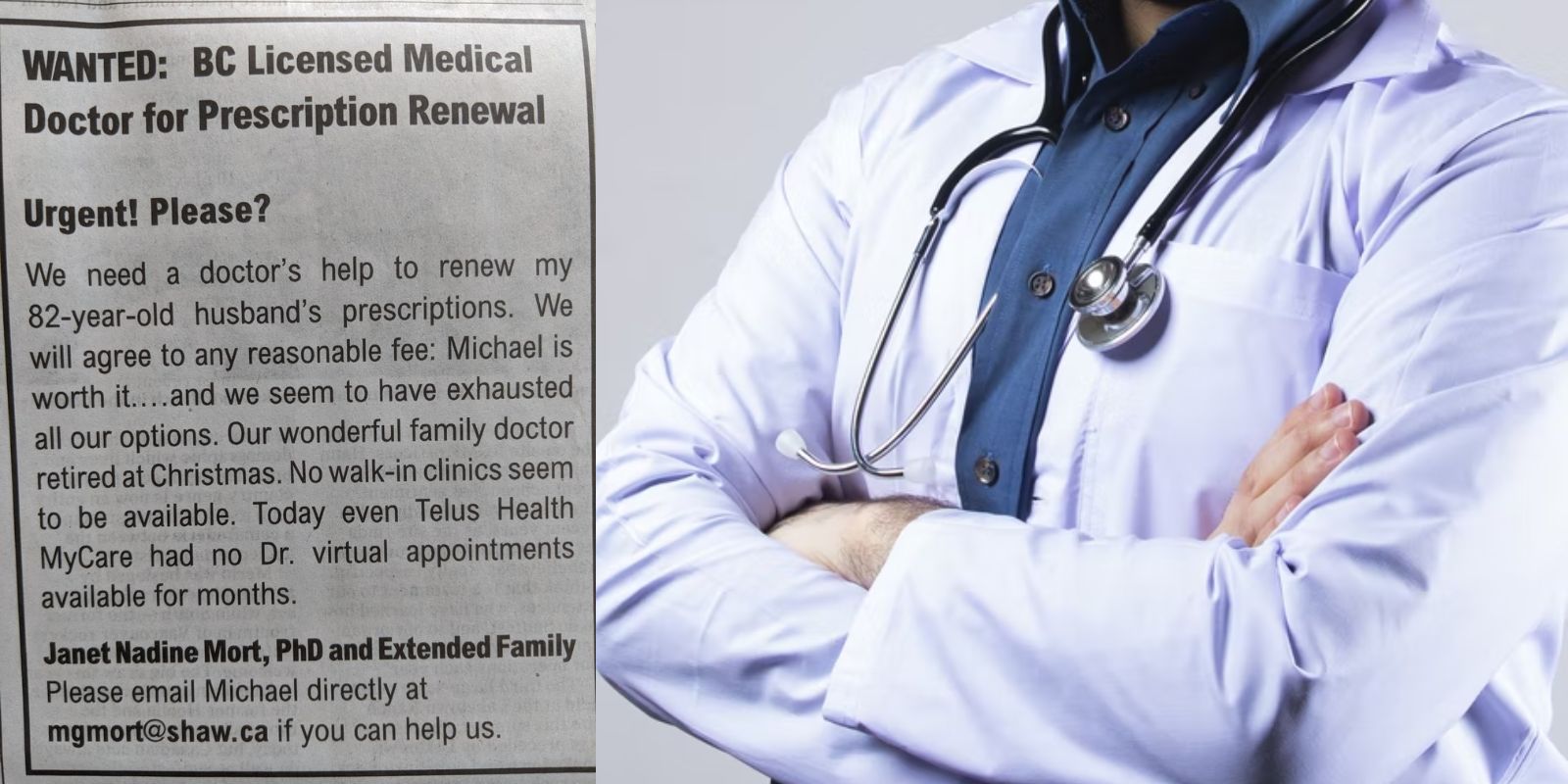 An elderly British Columbia couple has taken out an ad in the Victoria Times Colonist in a last-ditch effort to find a doctor to renew a prescription, as the province deals with a family practitioner shortage.

"We need a doctor’s help to renew my 82-year-old husband’s prescriptions. We will agree to any reasonable fee," the ad reads.

"Our wonderful family doctor retired at Christmas. No walk-in clinics seem to be available. Today even Telus Health MyCare had no Dr. virtual appointments available for months."

The ad was posted by Janet Mort, an Order of British Columbia recipient who told Global News that the ad was put up as a last resort.

"It was my last resort. I’ve tried everything else I can think of. I’m an intelligent woman, and that was it. I hit the end of my rope last week," Mort said to Global News.

Her husband, Michael, is dealing with multiple health issues, including recovering from brain surgery.

Michael's doctor retired six months ago, where he renewed his prescriptions and recommended using Telus' telemedicine platform. Mort says, however, that the experience has been a nightmare.

"Since then it’s just been a terrible, ongoing, frustrating issue because I’ve seen Michael deteriorate, I have seen new symptoms come up that somebody should be looking at, and I feel responsible and have felt responsible for finding him the help he needs," she said.

"I didn’t sleep that night and I thought, what is it I can do to get somebody to help me?" she said.

"So I decided on the display ad, and I called the Times Colonist," she said, noting that she got a significant discount from the paper, which usually charges $600 for advertisements.

Jamie Braman, vice-president of communications, partnership, and primary care strategy for the Island Health Authority, says that they have contacted Mort and are working with the family directly.

"Our health authority is reaching out to the family today to learn more about the needs of the family and how the health authority and the system might be able to provide interim support while they continue to look for longitudinal care," he said on Monday.